Five-time champions India can ill-afford a slip-up in their crucial match against Pan American champions Argentina on Wednesday if they want to keep themselves in contention for a berth in the final of the Sultan Azlan Shah Cup hockey tournament in Ipoh, Malaysia.

India carved out a 3-2 victory over hosts Malaysia on Monday to take their points tally to six from four matches, the same as that of Argentina, who will go into Wednesday's match with two impressive performances in the last outings, including a shock 3-2 win over favourites Great Britain.

A victory over Argentina and against arch-rivals Pakistan in the last league fixture on Thursday could take India to the final but it won't be an easy road ahead for Michael Nobbs's players.

Nobbs said he has told his players that they are in control of their destiny and must make the best out of the two remaining league outings.

"The tournament is wide open. Big victories in our two remaining games could even get us a place in the final," said Nobbs.

"Our focus has not shifted from preparing the squad for the Olympic Games, and we have improved with every outing here," he said.

India's victories over Malaysia and South Korea, who are Asia's top-ranked side in the world rankings, have brought Nobbs's side back in contention for a medal after a disastrous start, a 1-5 defeat against New Zealand.

New Zealand are on top of the standings with nine points after three straight victories.

India were lucky to score a match-winner in the last minute against South Korea while the defeat at the hands of Great Britain came after India squandered several scoring chances. 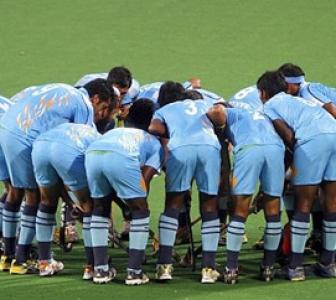