World champions Australia warded off a spirited challenge from South Korea to carve a 4-2 victory and move to the top of the Sultan Azlan Shah Cup hockey tournament standings, in Ipoh, Malaysia, on Wednesday.

Leading by a goal, the Australian citadel came under heavy pressure from the determined South Koreans, but a 67th minute penalty-corner goal from Mark Paterson on his second attempt sealed the issue for the Aussies.

It was his was the second goal of the match, having earlier scored a field goal in the 12th minute after Timothy Deavin opened the scoring for Australia in the eighth minute.

Seasoned striker Glenn Turner was the other scorer for the reigning World, Champions Trophy and Commonwealth Games champions.

In an earlier game, New Zealand rode on a last-minute goal from Steven Edwards to prevail 3-2 over Malaysia. It swelled their tally to four points from as many games.

Hosts Malaysia, who seem to have made a habit of conceding goals in the dying stages, are yet to log a point in four outings.

Recovering from the arrears twice, Malaysia seemed set to claim their first point from four outings when Steven Edwards scored off a penalty-corner with just 17 seconds remaining.

Malaysia came close to opening the scoring in the eighth minute, but Mohammed Azammi Abadi sent the shot wide.

New Zealand posed a danger to the Malaysian goal twice in successive minutes through Nicholas Wilson and Shay Neal, but goalkeeper Roslan Jamaluddin thwarted them.

New Zealand broke the deadlock on a penalty-corner in the 16th minute, when Wilson deflected in Andrew Hayward's shot in a set-piece execution.

Mohammed Izzat equalised for Malaysia with a field goal in the 30th minute, sending a scorching shot from top of the circle after picking up a pass from Tengku Ahmad Tajudin.

The Black Sticks again surged ahead in the 5th minute as Hugo Inglis made a square pass to Stephen Jenness, who deflected it with the goalkeeper and four other defenders just rooted.

Malaysia drew parity on their first penalty-corner in the 68th minute with Faisal Saari sending a drag flick sailing into the net. But then came the killer blow from Edwards, who capitalised on the last minute penalty corner. 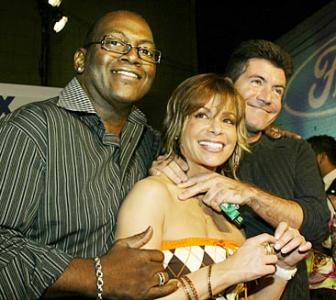