Images from Day 10 of the 2022 Australian Open in Melbourne on Wednesday.

Medvedev battles back to down Auger-Aliassime in thriller

Top seed Daniil Medvedev battled back from two sets down and saved a match point against Canada's Felix Auger-Aliassime to reach the Australian Open semi-finals with a 6-7 (4), 3-6, 7-6 (2), 7-5 ,6-4 victory on Wednesday.

The 25-year-old Russian had his back firmly up against the wall for much of an absorbing contest as Auger-Aliassime produced some stunning tennis on Rod Laver Arena.

But he simply refused to lie down as he overturned a two-set deficit for only the second time in his career to set up a Friday semi-final against Greek Stefanos Tsitsipas.

Ninth seed Auger-Aliassime, 21, was the dominant player in the first set and despite a wobble when serving at 6-5 he won a tiebreak courtesy of some uncharacteristic Medvedev errors.

Auger-Aliassime cruised through the second set against a subdued Medvedev to move to within a set of a first career win against the Russian and a second Grand Slam semi-final.

Medvedev was hanging on towards the end of the third set as Auger-Aliassime sensed victory but managed to close out a tiebreak after a shower caused the roof to be closed.

Auger-Aliassime had a match point in the 10th game of the fourth set after a Medvedev double-fault but the Russian responded with huge serving to stay alive.

Medvedev then broke serve in the next game and held his own to extend the match into a decider -- finally seizing the initiative with an early break as the match entered its fifth hour.

Auger-Aliassime had one last chance when he earned a break back point trailing 4-3 but Medvedev snatched away the opportunity with a timely ace.

Serving for the match, Medvedev showed some cracks in his armour as he went down 15-40, but rattled off four consecutive points to claim victory after four hours and 42 minutes. Greek Stefanos Tsitsipas will be hoping it is third time lucky in an Australian Open semi-final after his scintillating 6-3, 6-4, 6-2 victory against Jannik Sinner in the last eight on Wednesday at Rod Laver Arena.

The fourth seed, a semi-finalist in Melbourne in 2019 and 2021, was stretched to five sets by Taylor Fritz on Monday but showed no signs of fatigue in a match that started in blazing sunshine but finished under the roof after a storm hit.

The 23-year-old will play the winner of the quarter-final between Russian Daniil Medvedev and Canadian Felix Auger-Aliassime later on Wednesday.

With Melbourne's big Greek population, Tsitsipas has always drawn strong support at the Australian Open and it was the same again in the clash against Sinner.

"I think my humility helped a lot today. I knew I was going on the court facing a very good player. I tried to focus on my best shots and it paid off more than I thought," he said in his on-court interview.

"Once again, stepping on to that court, having the crowd support, it is truly unbelievable." IMAGE: Stefanos Tsitsipas has always drawn strong support at the Australian Open and it was the same again in the clash against Jannik Sinner. Photograph: Clive Brunskill/Getty Images

A finalist at Roland Garros last year, Tsitsipas was troubled by elbow problems at the end of last season and was concerned he might not be able to play in Australia.

"I am pretty sure my doctor is watching right now. He has been sending me texts after every single game," he said.

"He said 'I don't expect to see you playing in Australia'. But I proved him wrong. I am happy I have found the right man to bring me back even stronger."

Swiatek outlasts Kanepi to set up semis date with Collins 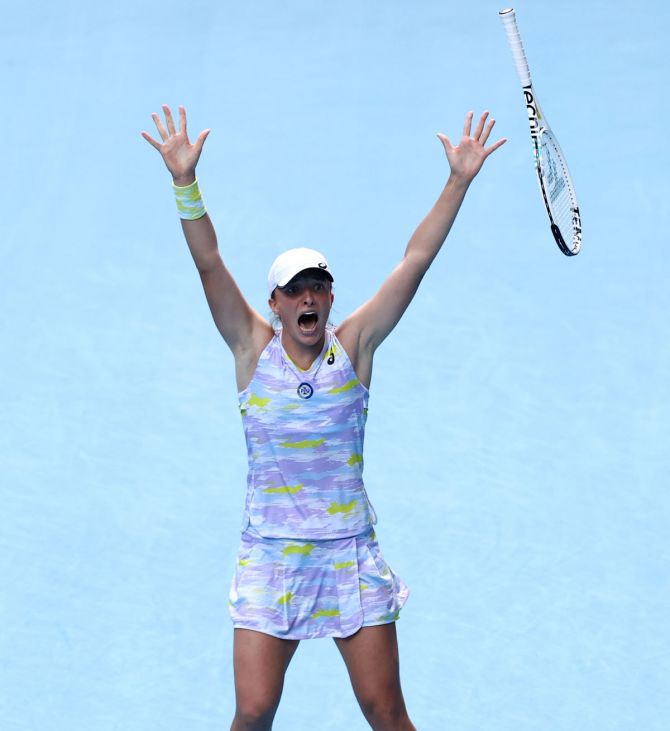 French Open winner Iga Swiatek managed to temper her frustrations and rally from a set and a break down in brutal heat to overpower Estonian Kaia Kanepi 4-6, 7-6(2), 6-3 on Wednesday to reach her first Australian Open semi-final.

In their first career meeting, Swiatek wasted breakpoint chances in each of Kanepi's first three service games and it was the Estonian who converted her first chance in the seventh game to nose ahead.

Swiatek saved four setpoints in the ninth game that lasted 16 minutes but could not stop Kanepi from taking the opener on her ninth opportunity after another lengthy game.

"In the first set I had so many breakpoints, I felt like I missed my chances because she broke me on her first breakpoint," Swiatek said on court.

"I was pretty annoyed. That was a mistake because I should have been focused on the future, on the next ball." Kanepi, 36, appeared set to progress beyond the last eight at a Grand Slam for the first time when she broke early in the second, with a frustrated Swiatek slapping herself and slamming her racquet on court.

The Estonian did most of the damage with her powerful double-handed backhand, leaving Swiatek rooted to the spot and watching helplessly as the winners screamed past.

But the 2020 Roland Garros champion, who committed 12 double faults in the match, regained her composure and raised her level in a second set tiebreaker to level the contest at 1-1.

Swiatek suffered two more breaks in the decider but managed to break 115th-ranked Kanepi four times, sealing the three-hour contest on her second match point when the Estonian sent a backhand wide for her 62nd unforced error.

"I'm really glad that I have my voice because I was shouting so loud," Swiatek said.

"This match was crazy and without the energy in the stadium, I think it would've been really hard to win it." Danielle Collins ended Alize Cornet's dream run at the Australian Open with a 7-5, 6-1 win to reach her second semi-final at Melbourne Park on Wednesday.

After breaking Cornet to take the first set, the American 27th seed ramped up the aggression to take the next five games at Rod Laver Arena.

Cornet, playing her first Grand Slam quarter-final in her 63rd main draw appearance at a major, finally held serve to make Collins serve out the match. 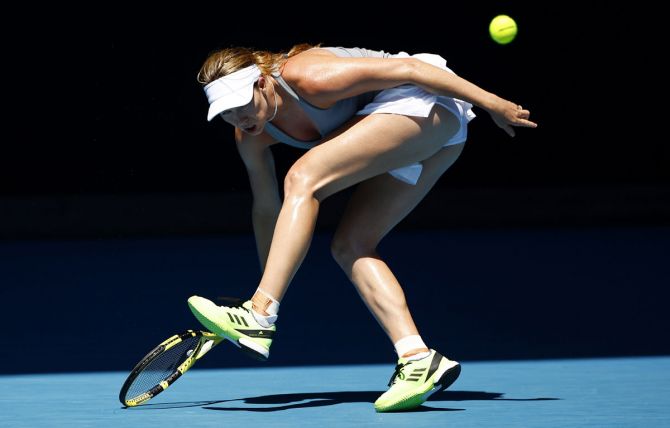 Collins showed no nerves as she hammered a forehand down the line to earn two match points, then sealed it when Cornet thudded a forehand into the net.

"It feels incredible," Collins, who made the 2019 semi-finals, said in her on-court interview.

"Especially after some of the health challenges I've had.

"To be able to compete with these women, it's such an honour."

Collins will play the winner of Iga Swiatek and Kaia Kanepi for a place in the final.

© Copyright 2022 Reuters Limited. All rights reserved. Republication or redistribution of Reuters content, including by framing or similar means, is expressly prohibited without the prior written consent of Reuters. Reuters shall not be liable for any errors or delays in the content, or for any actions taken in reliance thereon.
Related News: Danielle Collins, Alize Cornet, Melbourne Park, IMAGE, Daniel
COMMENT
Print this article 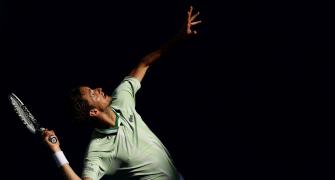 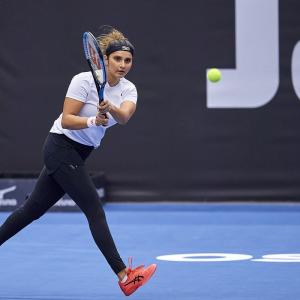 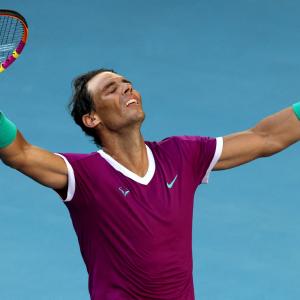