Shiva, Kuldeep in quarters; Akhil bows out of Asiad boxing 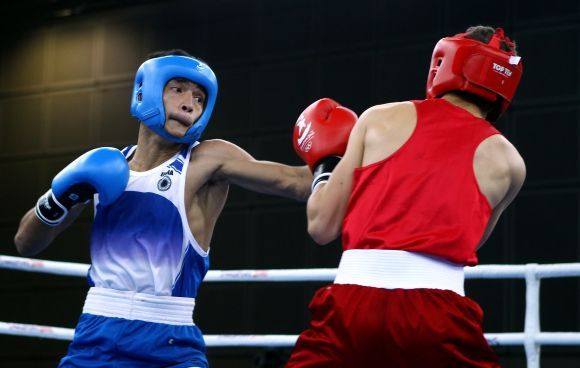 Continental champion Shiva Thapa (56kg) was barely tested as he advanced to the quarter-finals, but it was curtains for comeback-man Akhil Kumar (60kg) who lost an edge-of-the-seat last-16 bout on a bitter-sweet day for Indian boxing in the 17th Asian Games.

Also advancing to the quarter-finals was multiple-time National champion Kuldeep Singh (81kg) at the Seonhak Gymnasium.

Shiva, who got a walkover in the first round, was the first to take the ring for India on Friday, and was in it for just about a minute and 25 seconds against Pakistan's Nadir.

The Assamese boxer opened a cut above Nadir's right, forcing the referee to award the bout to him the moment the Pakistan boxer started bleeding. The Indian was declared winner by Technical Knock-out.

India's next man in was Kuldeep, against Thailand's Thongkrathok Anavat. He clinched the bout 2-1 on points. The Indian boxer had the height advantage and was distinctly more agile.

In fact, Anavat was left quite unsettled by Kuldeep's combination of uppercuts and hooks which had the Thai ducking for cover.

With a 2-0 lead, the Indian played it safe in the final three minutes even as Anavat went all out. The late aggression was enough to get him the final round but it was not enough to stop Kuldeep from advancing to the next round.

The evening session, however, turned out to be a disappointing one for India. 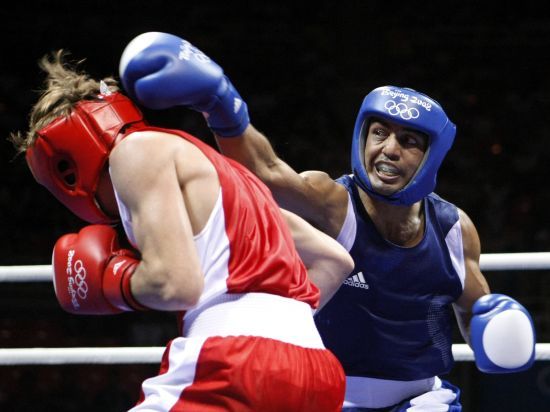 Akhil, on a comeback trail after three years of injury-forced hibernation, was impressive to start with against Filipino Charly Suarez, but eventually fell short in a thoroughly entertaining bout.

The 33-year-old Indian took his much younger opponent by surprise in the opening three minutes, displaying better foot movement and markedly sharp reflexes. With his guard down, Akhil invited Suarez to attack before getting the better of him in counter-hitting.

Suarez, however, refused to fall for the bait in the next two rounds, exercising remarkable restraint while dealing with Akhil's showmanship.

While Suarez relied heavily on hitting straight and clear, Akhil targetted his opponent's torso, a tactic that did not yield the kind of results the Indian might have hoped for.

Fatigue caught up with Akhil In the end, fatigue caught up with Akhil, who looked drained out in the final three minutes. A rather hard cross on the face rattled the veteran Indian to the extent that his gum-shield came out just 10 seconds before the closing bell.

The final scoreline read 2-1 in favour of Suarez. The two boxers exchanged a warm hug, lauding each other for the entertaining fight.

Amritpreet Singh (91kg) was the last Indian to take the ring and fought hard before losing 1-2 to home favourite Park Namhyeong.

The Indian gave it his all and matched his opponent blow for blow but, in the end, two out of three judges chose Namhyeong as winner after the two were tied on scores even though the third judge had given the bout to Amritpreet. 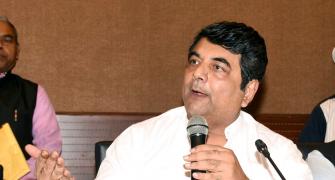