Grandmasters Parimarjan Negi and Abhijeet Gupta got back in contention with victories over Nguyen Anh Dung of Vietnam and Irwanto Sadikin of Indonesia respectively, in the third round of Asian Continental Chess Championship in Ho Chi Minh, Vietnam, on Tuesday.

Having lost the second round to John Paul Gomez of the Philippines, Negi called the shots with white pieces and got an advantage in the ensuing middle game against Dung, who could only pose resistance towards the end of the game.

A slight inaccuracy by Negi went unnoticed as Dung missed his only chance and the Indian's pieces were all over the local hopeful.

Like Negi, Gupta too had an unfamiliar start, drawing the first and losing the second round against unheralded Chinese Wang Chen. In the third round, however, he showed his true mettle and outplayed Irwanto Sadikin of Indonesia in all departments of the game.

For the record, it was a Grunfeld defense wherein Gupta got the initiative after trading of queens. Sadikin was tempted to take his chances in the middle game but the plan boomeranged when Gupta forcibly won a pawn.

The rest was easy for the Indian national champion.

With six rounds still to go in the premier Asian event, the Chinese duo of Yu Yangyi and Liu Qingnan share the lead with a perfect score of three points.

India's S P Sethuraman is the only Indian in proximity of the leaders on 2.5 points and shares the third spot, while Negi has two points.

In other games involving Indians, B Adhiban went down to Vietnam's Nguyen Van Huy, while Kirill Kuderinov of Kazakhstan proved stronger than G N Gopal.

Vidit Gujrathi played out a draw with Wei Yi of China and Deepan Chakkravarthy maintained his all draw record in the championship after signing peace with Rinat Zumabayev of Kazakhstan.

Tania, who had lost the first round, is now on two points along with compatriots Eesha Karavade and Nisha Mohota.

The lead here is now shared by Batchimeg Tuvshintugs of Mongolia and Irine Sukander Kharisma of Indonesia.

Tuvshintugs beat Eesha when the latter blundered, while Kharisma had a fine result against Tan Zhongyi of China.

The Indian eves had a mixed day. Mary Ann Gomes and B Pratyusha spoiled their good starts by losing to Nguyen Thi Thanh An of Vietnam and Ding Yixin of China, respectively.

Lower down, Padmini Rout, Swathi Ghate and Kiran Manisha Mohanty scored victories and are on 1.5 points.

Results Round 3 (Indians unless stated): 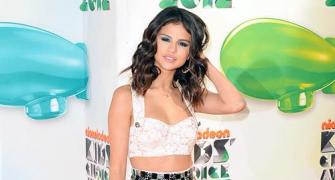 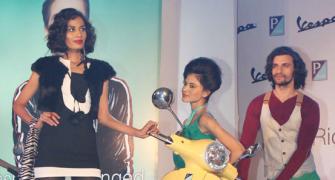 Pak PM faces prospect of being disqualified for 5 yrs: SC Sachin's new hairdo: Love it or hate it?