It was another day of breath-taking tennis on Day 9 at the US Open as we witnessed one of the biggest upsets of the tournament as Grigor Dimitrov came back from a set down to beat Roger Federer to enter the semis.

Earlier, America’s darling Serena Williams marched into the semis with a 6-1, 6-0 thrashing of Chinese Wang Qiang. While these big guns went about their business, they received some cheering and support from superstars from other fields. 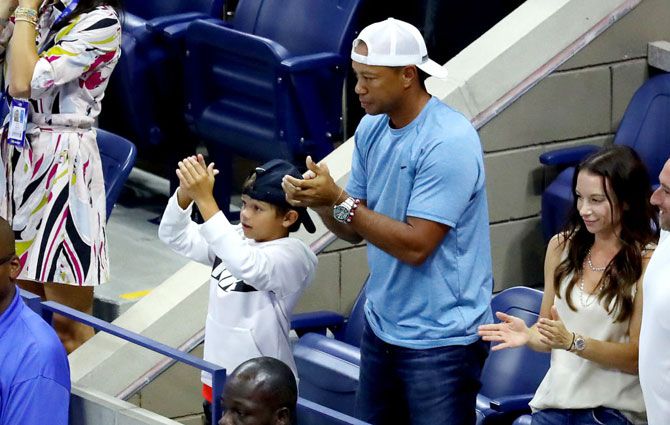 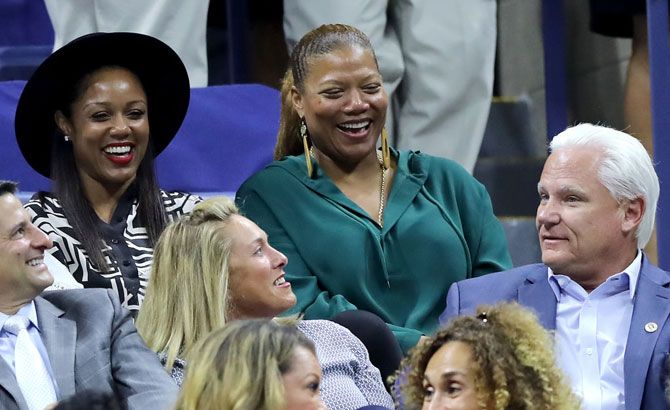 IMAGE: Hollywood actress Queen Latifah, right, shares a laugh with friends, while the she attends the match between Serena Williams and Wang Qiang. Photograph: Elsa/Getty Images 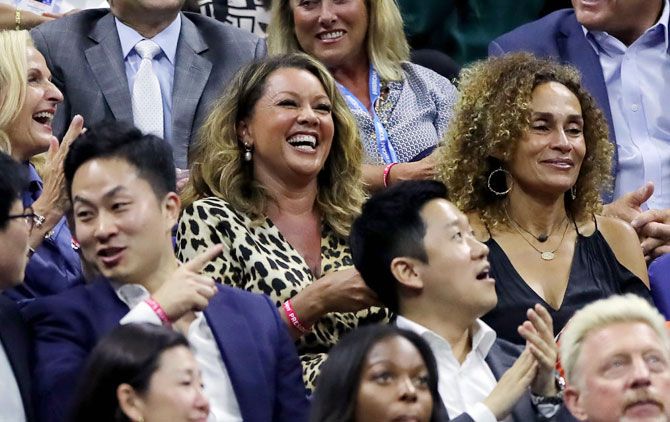 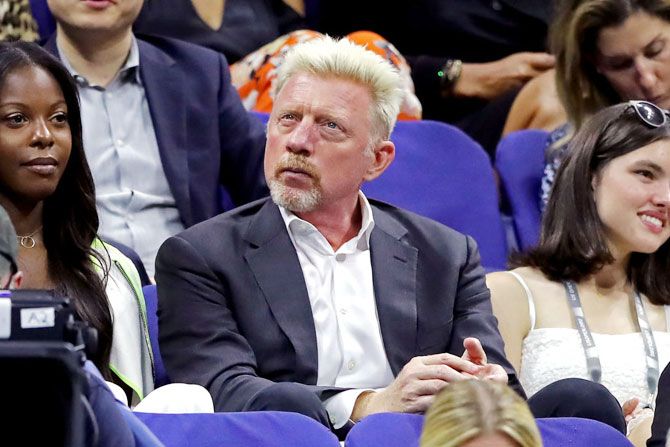 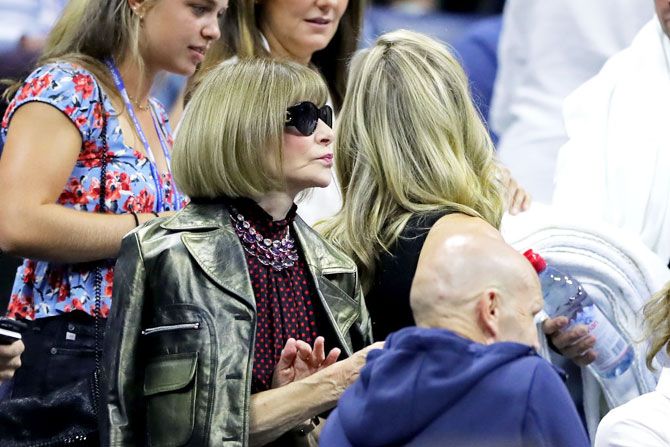 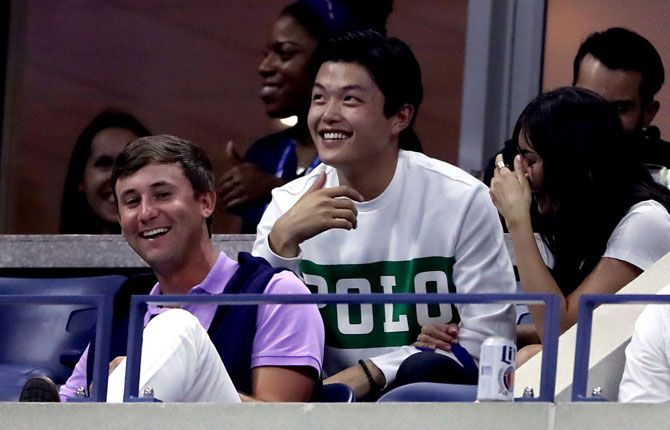 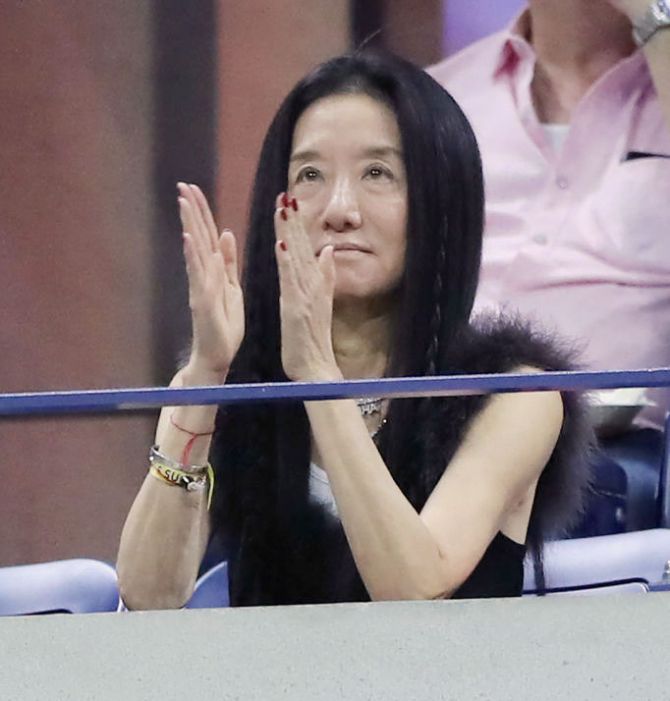 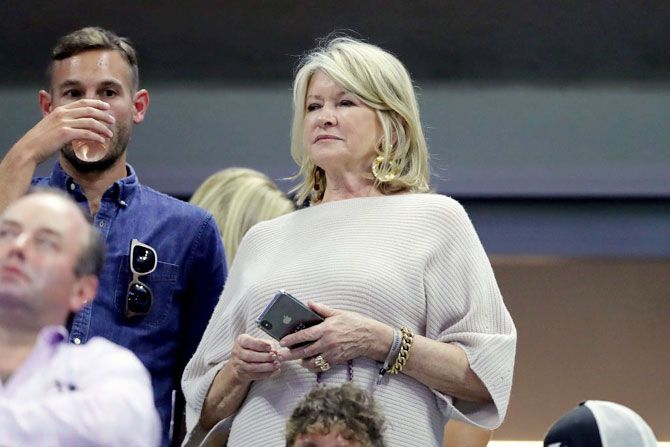 © Copyright 2021 Reuters Limited. All rights reserved. Republication or redistribution of Reuters content, including by framing or similar means, is expressly prohibited without the prior written consent of Reuters. Reuters shall not be liable for any errors or delays in the content, or for any actions taken in reliance thereon.
Related News: IMAGE, Serena Williams, Wang Qiang, Roger Federer, Grigor Dimitrov
SHARE THIS STORYCOMMENT
Print this article 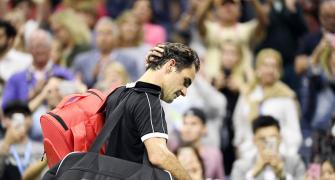 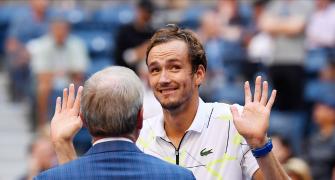 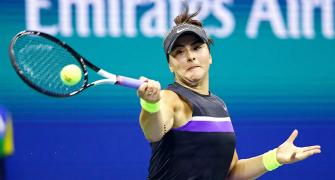 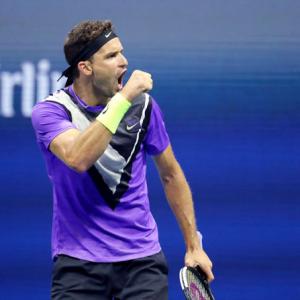 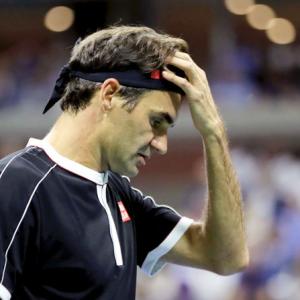 US Open PIX: Federer out; Serena, Medvedev in semis