Archers Tarundeep Rai of Services and Rahul Banerjee of Railways have been named in the Indian men's recurve team for the first three World Cups.

Jayanta Talukdar will be the third member.

The World Cup stage 1 will be played at Shanghai in April, the stage II at Antalya in Turkey in May with the stage III scheduled to be held at Ogden (US) from June 18 to 24.

The third World Cup will also act as the final team qualifying tournament for the Olympics.

The four-day trial held at the Netaji Subhas Eastern Centre in Kolkata ended on Monday, in which Rai emerged first.

He was followed by Banerjee, Atanu Das of Steel Plant, Mangal Singh Champia of Railways and Thupovoyi Swuro of Nagaland.

The last three will be stand-bys.

There was a trial for women also to decide the three stand-bys.

All the archers shot 576 arrows over four days with 144 arrows each day over a target set at 70m.

At the Olympics an archer is expected to shoot 72 arrows each day for two days at 70m in the ranking round.

Deepika Kumari of Steel Plant, L Bombayla Devi of Railways and Chekrovolu Swuro of Nagaland will represent India in women's recurve at the three World Cups and the Olympics. 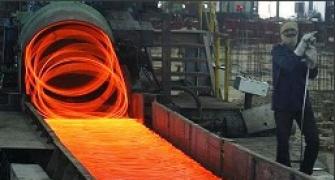