Appeal to girls in Kashmir to come out and play, says wrestler Nahida

'I want to play at an international level and serve in Kashmir valley to coach my girls so that they come out and play despite all odds.' 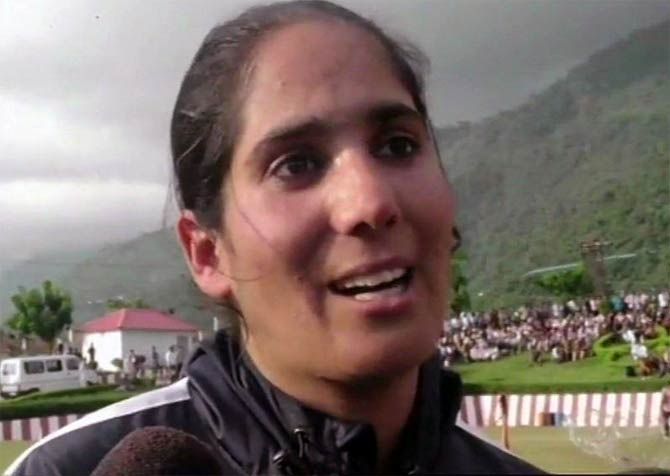 Nahida Nabi, first woman wrestler from Kashmir, urged the people of the Valley to allow their daughters to play wrestling or any other sports so that they could fulfil their dreams.

"Prime Minister Narendra Modi has given the slogan of 'Beti Bachao, Beti Padhao' but I want to add 'Beti Ko Pahalwan Banao' so that the girls in the Kashmir valley can chase and fulfil their dreams. I want to appeal to girls in Kashmir to come out, play whatever you want to and make everyone proud," she said.

Nabi was in Katra, Jammu to participate in the 'Mission Dosti Maha Dangal' wrestling competition which is being organised as a part of the ongoing Navratri celebrations.

''I am determined to represent the country, play at the international level,'' she asserted despite no wrestling coach agreeing to guide her in the Valley owing to the prevailing scenario. 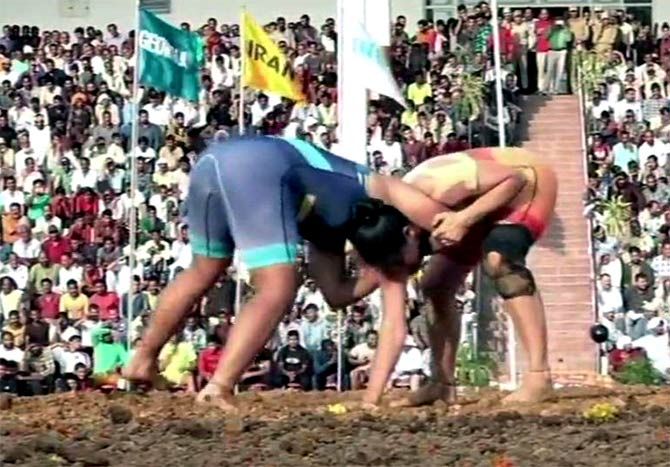 Nahida, however, thanked her mentors -- Nisha Sharma and Ashiq Kumar -- who coached her initially and still stand by her as mentors whenever she needs them.

Nabi participated in her first Senior National Wrestling Championship in 2018 at Gonda in Uttar Pradesh, having taken up the sport four years back.

Although she did not fare well in the competition, her urge for medal did not stop and made her more committed and dedicated towards the sport.

Going down the memory lane, Nabi recalled that she was good at kabaddi when she was pursuing her education at the University of Jammu but her friend turned coach, wanted her to be a wrestler.

''I was taught to change some techniques of kabaddi after which I fell in love with wrestling, found it interesting and finally decided to go ahead with the sport,'' she narrated.

''I want to play at an international level and serve in Kashmir valley to coach my girls so that they come out and play despite all odds,'' she added.

Source: ANI
SHARE THIS STORYCOMMENT
Print this article
'I will come back with an Olympic medal'
A bus conductor drives her son's cricket dreams
Kohli flaunts Anushka's initial on T-shirt