Indian shuttlers Ajay Jayaram and RMV Gurusaidutt entered the semi-finals of the Vietnam Open Grand Prix, but it was curtains for their female counterparts at Ho Chih Minh city on Friday.

World Championships quarter-finalist Jayaram bounced back from a game down to see off fourth seed Alamsyah Yunus of Indonesia 15-21, 21-11, 21-15.

However, things were gloomy in the women's singles competition, as Aditi Mutatkar, PV Sindhu and Arundhati Pantawane crashed out. All the three went down adespite winning the first game.

After having her nose ahead, Mutatkar ran out of steam and suffered a 18-21, 21-14, 21-17 loss to Singaporean Mingtian Fu in an hour and four minute contest.

The other Indian pair in the fray, fourth seeds Arun Vishnu and Aparna Balan also lost 19-21,12-21 to Eui Seok Chung and Hyun Young Yoo of Korea. 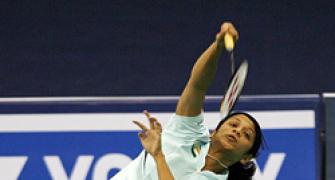 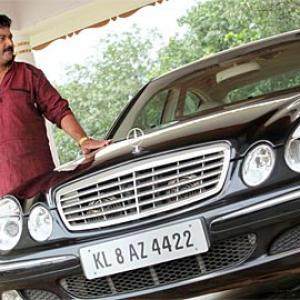