Striker Sergio Aguero scored twice to give Argentina a 2-0 win over fellow World Cup finalists Bosnia in a friendly at the Busch baseball stadium in St Louis, Missouri on Monday. 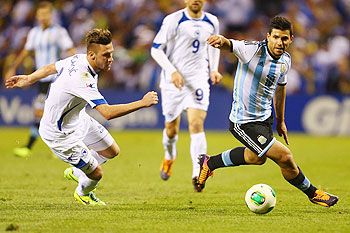 Aguero, wearing the number 10 shirt in the absence of injured captain Lionel Messi, could have registered a hat-trick but blasted the ball over the bar in the 75th minute after goalkeeper Asmir Begovic had parried a shot from his strike partner Rodrigo Palacio.

The Bosnians, whose appearance in the 2014 World Cup finals in Brazil will be their first, might have taken an early lead but shots from strikers Vedad Ibisevic and Edin Dzeko went narrowly wide of Sergio Romero's posts.

Di Maria's headed pass into the box led to the first goal with Begovic fouling Palacio as he went for the ball and Aguero following through to steer it into the net between two defenders five minutes before halftime.

"It was important to finish the year well playing like this and that we didn't concede goals in either match," Aguero told broadcasters TyC Sports.

The striker, lucky the referee missed his kick in retaliation for a dangerous challenge in the 56th minute, found the net 10 minutes later with a left-footed volley from the left after a fine pass from deep in midfield by Maxi Rodriguez.

Substitute Erik Lamela, on for Di Maria, had two good chances in the dying minutes while Dzeko, kept in check for most of the match, had a stinging shot beaten away by Romero.

© Copyright 2021 Reuters Limited. All rights reserved. Republication or redistribution of Reuters content, including by framing or similar means, is expressly prohibited without the prior written consent of Reuters. Reuters shall not be liable for any errors or delays in the content, or for any actions taken in reliance thereon.
Related News: Sergio Aguero, Argentina, Di Maria, Asmir Begovic, Edin Dzeko
SHARE THIS STORYCOMMENT
Print this article 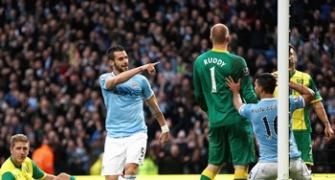 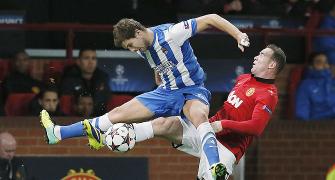 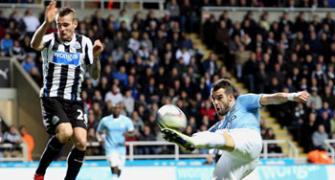 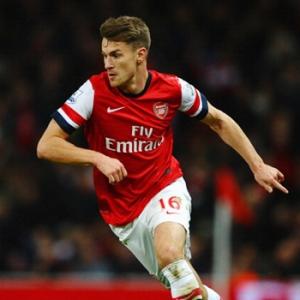 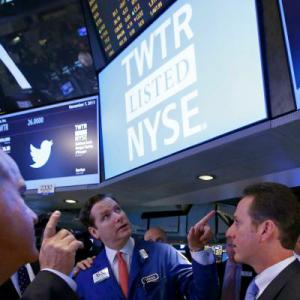