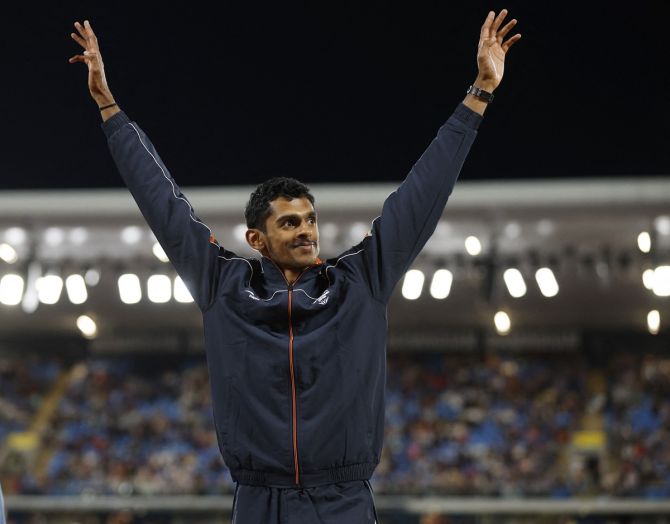 IMAGE: Silver medallist Murali Sreeshankar waves to the crowd from the podium during the medal ceremony for the men's Long Jump at the Commonwealth Games in Birmingham on Thursday. Photograph: John Sibley/Reuters

He may have missed out on a gold medal by the thinnest of margins, but the ever-smiling Murali Shreeshankar, who won a historic silver medal in men's long jump at the Commonwealth Games in Birmingham on Thursday, says this is just the beginning; he is hungry for more success.

The lanky youngster's road to silver, however, was not that smooth, as he dropped to the sixth spot after a 7.84m jump in his third attempt.

The 23-year-old endured a further setback when he the sport's latest technology, only introduced less than a year ago, captured him committing a foul in his fourth attempt.

With two attempts remaining, all the Kerala lad did was listen to his dad-cum-coach S Murali's advice from the sidelines and executed a perfect 8.08m jump that rewarded him a silver. "I've been waiting for a medal (at a global meet) for a very long time. I was seventh at (the) World Indoor and World Outdoor, sixth at World Juniors, fourth at Asian Indoors, sixth at Asian Games," said Sreeshankar.

"Every time I was 6-7-6-7-4, so I was really happy with the silver. I have been waiting for a global medal for a very long time, but I kept missing out. This is a small step towards my big goal in the 2024 Paris Olympics and I'm working towards that.

"Every athlete has gone through it. (Reigning Olympic champion) Miltiadis Tentoglou told me in Greece 'I too came 7-6-4 multiple times', then he went on to win the gold (in Tokyo). It's a step-by-step process," he added.

Reflecting on his sixth and final jump that was also called a foul, much to his disbelief, Sreeshankar said, "At the take-off it even catches the toes getting beyond the 45-degree, otherwise, to me, it seemed like a 8.10m jump. That's the way it is."

He is also the fourth Indian jumper since Babu, Anju Bobby George (bronze at the Manchester Games in 2002), and M A Prajusha (silver at the New Delhi Games in 2010) to win a medal at the showpiece event. 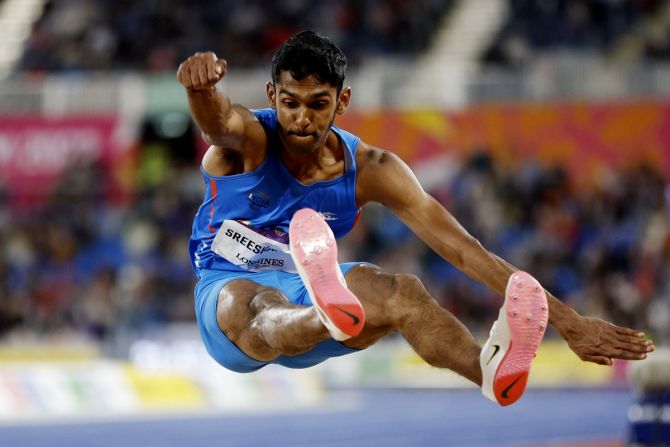 Interestingly for Sreeshankar, what happened in Birmingham had an uncanny resemblance with the National Inter-State Athletics Championships, held in June earlier this year.

He had sub-seven jumps and only went on to win the event with a meet record of 8.23m in his fifth attempt; that also booked his berth at the ongoing Commonwealth Games.

Sitting on the sidelines, his dad, who is also a former South Asian Games medallist in triple jump, would spur him on and say, "You can do it, you have done it in the past."

However, the conditions deteriorated as it became extremely windy at 9pm local time, with the temperature also dropping to 17 degree Celsius.

"It was windy and bit of cold also, so had to tackle that also. But I knew that it takes one good jump to get into the top.

"I was not anxious about the position. I knew fifth and sixth would be crucial and without taking any pressure I could do well.

"I was aiming for that gold medal jump and waiting for the perfect moment to hit the board and execute the technique," he said.

Sreeshankar added that his experience of competing in the big stages - both at home and abroad - helped him perform better at the CWG.

"I was able to use all the experiences of competing in the global stage and domestic circuit; that experience helped me to channelise all my energy and hit the board perfectly.

"That was like a perfect jump; only five centimetres to spare on the take-off board. Proper planting on the board and could execute the perfect jump. It was far below my personal best (8.36m), but that's all needed for a medal," he added.

Despite the historic silver, Sreeshankar brushed off any plans of celebrating his success. He wants to focus on the next big events.

"No celebration as of now. This really requires a celebration but we will keep it short and muted and keep working, as immediately I've to leave for the Monaco Diamond League and the immediate next target is Budapest World Championships next year."

In 2018, the then 18-year-old Sreeshankar's dreams were dashed as he missed out on his CWG debut in the Gold Coast Games because of surgery for ruptured appendix.

"I still have the selection picture of the 2018 Commonwealth Games that I was not able to go. I still remember it and cherish it. So this one is a big thing for me.

"I was in intensive care for a week, followed by intensive rehabilitation, so it took me five-six months to get back on track because of the infection and poisoning.

"So, winning a medal now here in Birmingham four years later feels really great. I am thankful to God and to my father (Murali), who's also my coach.

"This medal is for everyone who stood beside me. This really goes to them. And thank you, Neeraj Bhaiyya (Chopra), who keeps on inspiring us!" 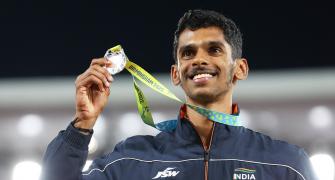 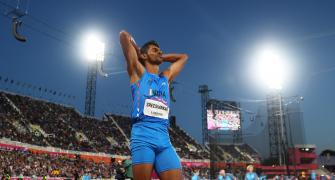 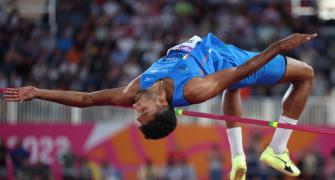 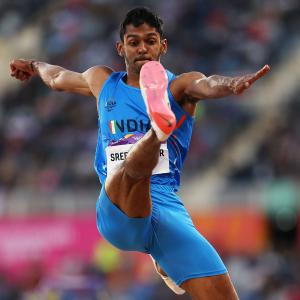 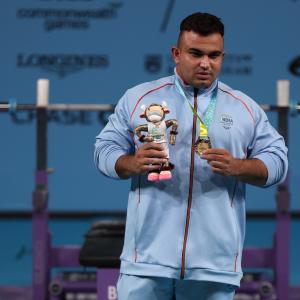