A spirited fight back in the second half was not enough for East Bengal as the Indian club went down 2-4 to defending champions Kuwait SC in the first leg semi-final of the AFC Cup football tournament in Kuwait.

For Kuwait SC, Issam Jemaa struck twice in the 18th and 33rd minutes, while Waleed Ali Jumah and Chedi Hammami scored a goal each in the 31st and 48th minutes respectively on Tuesday.

Uga Okpara and Lalrindika Ralte scored for East Bengal in the 66th and 87th minutes respectively at the Kuwait SC Stadium.

East Bengal were staring at an embarrassing defeat when Hammami struck just two minutes into the second half to make it 4-0 for the three-time winning hosts.

The visitors, however, sprung back to life after coach Marcos Falopa introduced Lalrindika Ralte and Cavin Lobo in the midfield.

Ralte was immediately in the thick of things as he fired a warning shot that just cleared the crossbar.

The substitute midfielder had a hand in East Bengal's first goal, floating in a corner from the left that was met by Okpara's powerful header into the back of the net. 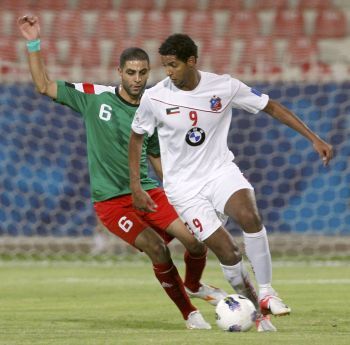 Lobo went close with a low shot from the top of the box that flew just wide before Dika crafted a fine second for his side, taking down the ball on the left of the Kuwait SC box and cutting inside Al Sanea before lashing a fierce right-footed shot past Al Kanderi.

After being at the receiving end of the opposition's onslaught in the first half, it suddenly looked like East Bengal were calling the shots after the lemon break save that strike from Hammami.

Dika, as he is fondly called, himself scored a gem of a goal from a Lobo assist just before the final whistle to reduce the margin.

Ahead of the home leg match on October 22, things could have been much better for East Bengal had it not been for goalkeeper Gurpreet Singh's howler that led to Kuwait SC's fourth goal.

The East Bengal goalkeeper was caught in two minds as a cross was floated in by Jarah Al Ateeqi and he ended up weakly knocking the ball down in his six-yard box with one hand for the onrushing Hammami to fire the ball into the net.

Earlier, Jemaa continued his scoring form, bagging a first-half brace as the hosts took firm control of the match.

The Tunisian striker beat what looked like a East Bengal offside trap to open the scoring after 17 minutes and made it 3-0 with his ninth goal in three games in the 33rd minute, shortly after Waleed Ali had extended the home side's lead.

Okpara, Mehtab Hossein and Abdullah Alburaiki of Kuwait SC were the three players booked in this match.

Falopa said the opposition dominated the match but was not too happy with refereeing.

"Kuwait team dominated the first half but we were done in by two bad decisions of referee and linesman which resulted in the first two goals scored from a palpably offside positions.

"We came back strongly in the second half and put up a much better show. The substitutes changed the complexion of the game completely. Though we'll miss Uga in the second leg we hope to win our match at Kolkata and enter the final," Falopa said.

In their return match at the Salt Lake Stadium, East Bengal will need to win by at least a two-goal margin without conceding a goal. A 2-0 or a 3-1 scoreline would do the trick for the red-and-gold brigade. 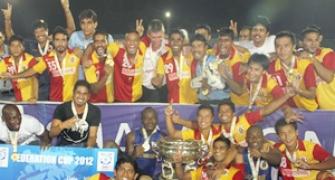 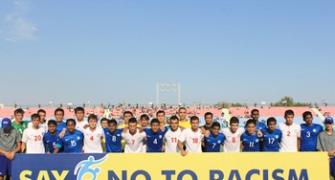 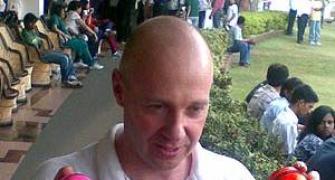 Eden Gardens to stage match with pink balls, under floodlights 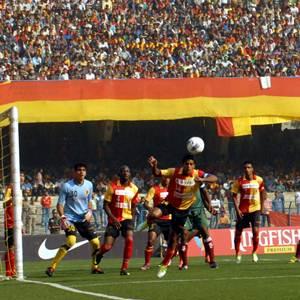 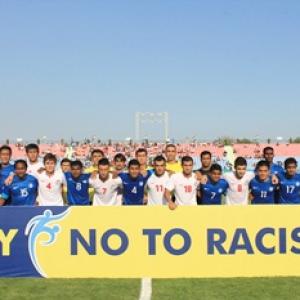