Former 1,500 metres world champion Elijah Manangoi has been provisionally suspended for anti-doping violations after he missed three tests under the whereabouts rules, the Athletics Integrity Unit (AIU) said on Thursday.

"The AIU confirms a provisional suspension against middle-distance runner Elijah Manangoi of Kenya for whereabouts failures, a violation of the @WorldAthletics Anti-Doping Rules," AIU said in a tweet.

The statement added that the suspension bars the athlete from "participating in any competition or activity in athletics prior to a final decision at a hearing conducted under the World Athletics Anti-Doping Rules or the Integrity Code of Conduct".

Manangoi said he was trying to get his head around the suspension.

"News of my suspension by the AIU for 3 missed tests is really devastating," he said in a statement.

"Each of the missed tests happened in 2019, my case has nothing to do with prohibited substances and I've always competed as a clean athlete."

The 27-year-old won the world title in 2017 in London and also struck gold at the Commonwealth Games a year later. He did not defend his world title last year in Doha after being sidelined with a stress fracture.

"Last year was the worst period of my career when I was upset through injury which impacted everything on and off the track," Manangoi said.

"The facts of the cases are clear in my mind. Right now I'm focussed on compiling a formal response to the AIU."

Kenya was among the countries placed on the World Anti-Doping Agency (WADA’s) compliance watch list in 2016.

On Thursday, AIU also announced that it had provisionally suspended long-distance runner Patrick Siele of Kenya for evading, refusing or failing to submit to sample collection.

Another Kenyan marathon runner, Mercy Kibarus, was banned for eight years for failing a doping test. Long-distance runner Kenneth Kipkemoi was handed a two-year ban for also testing positive for a prohibited substance.

© Copyright 2021 Reuters Limited. All rights reserved. Republication or redistribution of Reuters content, including by framing or similar means, is expressly prohibited without the prior written consent of Reuters. Reuters shall not be liable for any errors or delays in the content, or for any actions taken in reliance thereon.
Related News: Athletics Integrity Unit, Kenyan Elijah Manangoi, Kenya, Boston and Chicago Marathon, Rita Jeptoo
COMMENT
Print this article 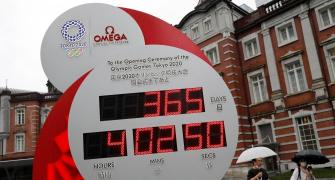 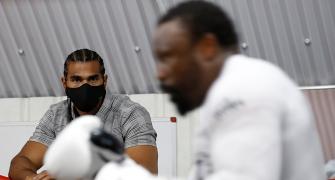