News
Business
Movies
Sports
Cricket
Get Ahead
Money Tips
Shopping
Sign in  |  Create a Rediffmail account
Rediff.com  » Sports » The masks of Naomi Osaka at the US Open

US Open champion Naomi Osaka wore a different face mask for each of her matches at Flushing Meadows this year.

They each carried the name of a Black American and aimed to highlight racial injustice in the United States to a wider audience:

Round One: Breonna Taylor

Taylor, 26, was shot dead by police in her apartment in Louisville, Kentucky on March 13. IMAGE: Naomi Osaka of Japan wears a mask with the name Elijah McClain on it following her second round win against Camila Giorgi of Italy. Photograph: Matthew Stockman/Getty Images

McClain, 23, died after a violent encounter with police officers in with Aurora, Colorado in August last year.

His family filed a lawsuit against the city and its police last month, alleging murder and routine use of excessive force against Black people. 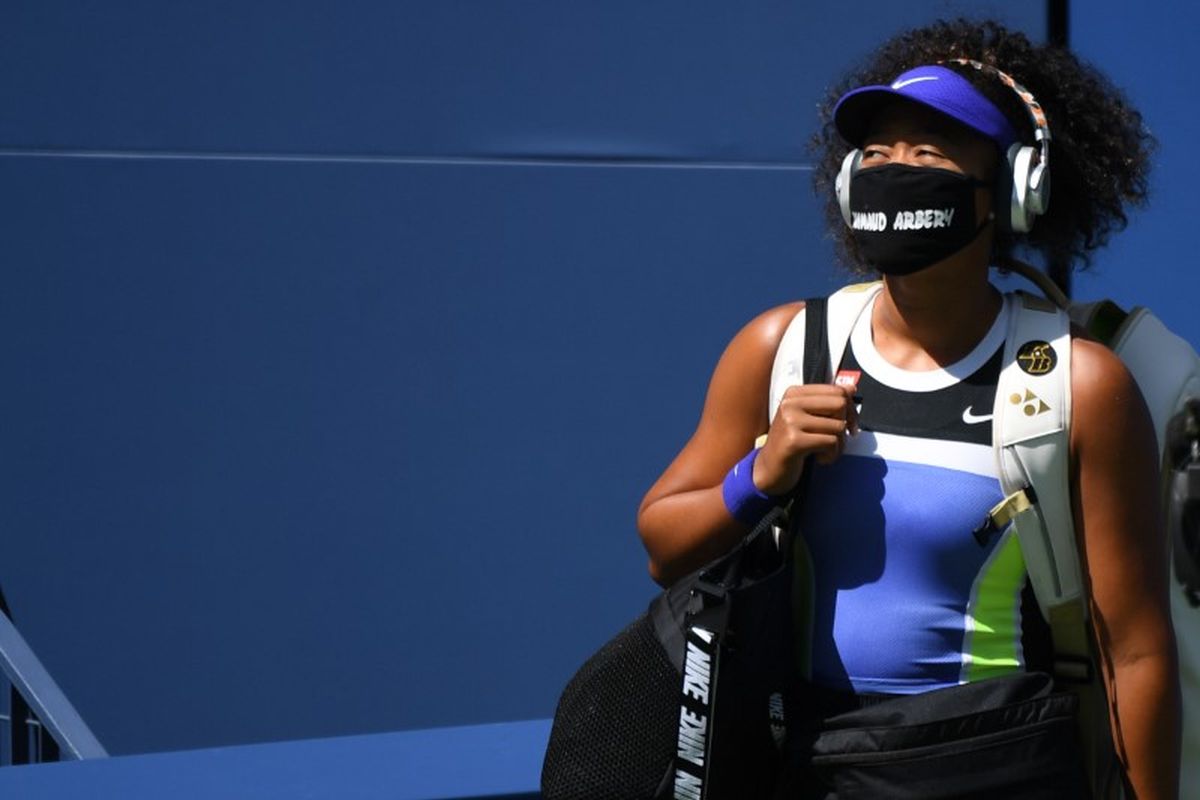 Arbery, 25, was fatally shot after being pursued by armed white men as he jogged through a suburban neighbourhood in Georgia in February.

Three white men have been charged with the murder of Arbery in a case that spurred a national outcry after cellphone video of the shooting was leaked on the internet. IMAGE: Naomi Osaka walks out wearing a mask with the name of Trayvon Martin printed on it before her fourth round match against Anett Kontaveit of Estonia, on Day 7 of the 2020 US Open, on Sunday. Photograph: Matthew Stockman/Getty Images

Martin was an unarmed Black teenager whose killing by civilian George Zimmerman in Florida in 2012 helped spark the 'Black Lives Matter' movement. IMAGE: Naomi Osaka wears a mask with the name of George Floyd on it during an interview following her quarter-finals match win against Shelby Rogers. Photograph: Matthew Stockman/Getty Images

Floyd died in hospital on May 25 after Minneapolis police officer Derek Chauvin knelt on the 46-year-old's neck for nearly nine minutes during an arrest.

His death triggered mass protests against racial injustice and police brutality in the United States that have spread internationally.

Chauvin and three other Minneapolis police officers were fired a day after a video of the incident emerged. Chauvin was subsequently charged with second-degree murder and the other three officers with aiding and abetting. IMAGE: Naomi Osaka wears a mask with the name of Philando Castile during her semi-final match against Jennifer Brady. Photograph: Al Bello/Getty Images

Castile was a 32-year-old Black man shot and killed by Minnesota police during a traffic stop in a suburb of St. Paul, Minnesota in 2016, prompting protests.

His girlfriend livestreamed the aftermath of the incident on social media, garnering national attention for the case.

A jury acquitted an officer on charges of felony manslaughter and reckless discharge of a firearm. IMAGE: Naomi Osaka wears a mask with the name of Tamir Rice on it for the US Open final against Victoria Azarenka. Photograph: Al Bello/Getty Images

Rice was a 12-year-old African-American boy who was fatally shot by police officer Timothy Loehmann in Cleveland, Ohio in 2014 while he played in a playground with a toy gun that fired plastic pellets.

Loehmann was fired in 2017 after an internal investigation found he provided inaccurate information on his application to join the police.

© Copyright 2021 Reuters Limited. All rights reserved. Republication or redistribution of Reuters content, including by framing or similar means, is expressly prohibited without the prior written consent of Reuters. Reuters shall not be liable for any errors or delays in the content, or for any actions taken in reliance thereon.
Related News: Naomi Osaka, Breonna Taylor, Elijah Mcclain, United States, IMAGE
SHARE THIS STORYCOMMENT
Print this article