'Landing on an aircraft carrier deck is the ultimate and most daunting challenge for a fighter pilot.'
'This takes India into a select group of nations -- the US, the UK, Russia, France, and China -- that have developed such jets,' says Ajai Shukla. In a major landmark for indigenous Indian aviation, the naval version of the Tejas light combat aircraft landed for the first time on an aircraft carrier, the INS Vikramaditya, on Saturday, January 11.

This takes India into a select group of nations -- the United States, the United Kingdom, Russia, France, and China -- that have developed aircraft capable of landing and taking off from the severely constrained confines of an aircraft carrier deck, which is barely 200 metre long.

During World War II, Japan too had developed carrier-capable fighters, but has not done so thereafter.

'After completing extensive trials on the shore-based test facility (SBTF), the naval version of LCA did a successful arrested landing on board INS Vikramaditya at 1002 hrs (10.02 am) today (Saturday). Commodore Jaideep Maolankar conducted the maiden landing,' stated a defence ministry release.

Landing on an aircraft carrier deck is the ultimate and most daunting challenge for a fighter pilot.

He is required to slam down his fighter on a precise spot, so that the aircraft's tail hook catches on a series of three wires laid across the landing deck.

These wires unspool under resistance, dragging the fighter to a halt.

Catching this so-called 'arrestor gear' requires the fighter to descend much more sharply than in a regular landing. That requires a sturdy landing gear that can withstand the impact of what naval pilots often describe as a 'controlled crash'.

To complicate matters further, the pilot is required to land with the throttle at 'maximum power' so that, in case the tail hook does not catch the arrestor wires, the fighter can accelerate to take-off speed in the 200 metres of deck available to him.

In November, Girish Deodhare, chief of the Aeronautical Development Agency, the Defence R&D Organisation agency in charge of the Tejas programme, had said that an actual carrier deck landing would be completed by the end of March.

In the event, the ADA has beaten its own deadline by over two months.

The ADA will now carry out more test landings on the INS Vikramaditya to generate inputs to fine-tune the controlling software.

Carrier deck landings and take-offs can be greatly assisted by well-tuned flight computers.

The single-engine LCA Navy Mark I that landed on Saturday will not be inducted into naval service, being short on power and, therefore, fuel and weapons carriage capacity.

The navy is waiting for a twin-engine LCA Navy Mark 2, with the engine power to get airborne with more fuel and weapons, which will provide greater punch and a longer operating range.

The current Mark 1 is a test bed for developing the aviation systems that will go into the Mark 2.

The ADA refers to the Mark 2 version as the Twin Engine Deck Based Fighter (TED-BF).

The ADA says it is targeting the first flight by 2025-26 and induction into service by 2031, when it will start to replace the Russian-origin MiG-29K/KUB fighters that currently fly off the INS Vikramaditya.

The MiG-29 will also fly off the INS Vikrant, India's first indigenous aircraft carrier that is due to be commissioned in 2021.

In addition, the navy is pursuing the procurement of 57 medium fighters to equip the Vikrant, and a second indigenous aircraft carrier called the INS Vishal, which is currently on the drawing board. 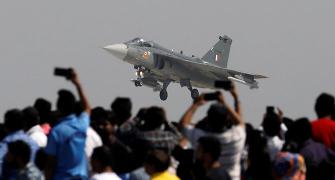 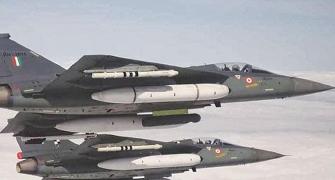 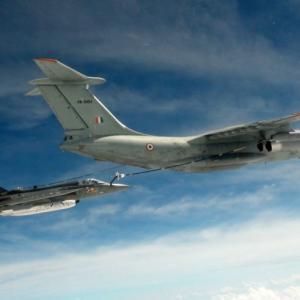 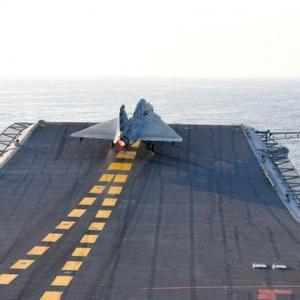 Naval version of Tejas takes off from aircraft carrier