News
Business
Movies
Sports
Cricket
Get Ahead
Money Tips
Shopping
Sign in  |  Create a Rediffmail account
Rediff.com  » News » 'We never had a Raksha Mantri as sharp as George Fernandes'

'He could relate to strategic and security issues almost instantly.'
'He had the ability to grasp, absorb and come out with actual rectification.' 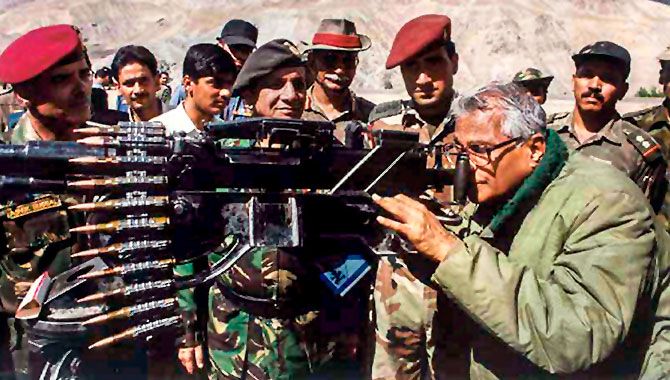 We have never had a Raksha Mantri as sharp as George Fernandes.

He was well read and knew his history very well. He could relate to strategic and security issues almost instantly.

He had the ability to grasp, absorb and come out with actual rectification. That was the amazing thing.

Generals get uncomfortable when they have to explain strategic military affairs to politicians who have absolutely no idea. They then have to come down to explaining each terminology, but George Fernandes was proficient in English, Hindi, Hindustani and made officers comfortable with him.

He was RM when two very proficient chiefs functioned under him -- General V P Malik and General S Padmanabhan.

They understood him well, knew his limitations and how far they could go with him.

He was never for personal popularity. A Raksha Mantri who hankers for popularity will pander to the immediate bureaucracy around the ministry of defence and look after their interests -- and not of the armed forces.

George Fernnades was not that kind of Raksha Mantri. 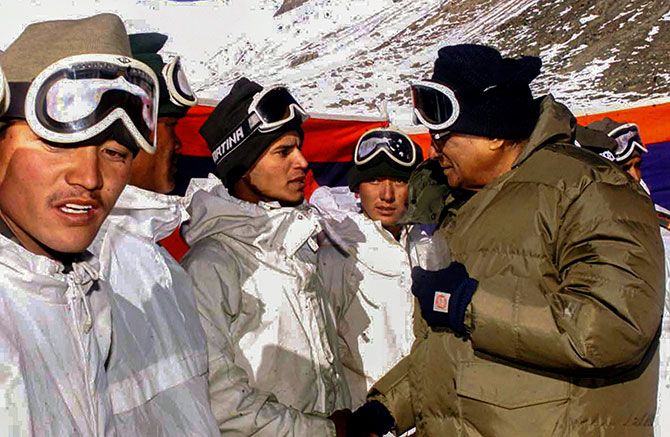 IMAGE: George Fernandes interacts with jawans at the Gulab outpost during his visit to Siachen in November 2001. Photograph: PTI Photo

One of the first things he did was to get the MoD bureaucrats to start visiting Siachen -- and spend a minimum 72 hours to at least a week over there.

This happened after he made a visit to Siachen and found that the snow scooters, an essential item for recovery of oil droppings, were not functional. He discovered the spares had not been provided.

He went back to Delhi and almost immediately gave the direction that this should be done as the highest priority.

He asked the concerned bureaucrats, who had been tardy in decision making, to go up there and have a look at the conditions. He wanted them to see how the lack of snow scooters was actually affecting the Indian Army.

We got what we needed for the scooters immediately.

He was a regular visitor to Siachen. For a Raksha Mantri to visit the most difficult terrain where the army is deployed sends a very solid message, not only to the army itself, but also to those who are looking after the army and MPs. 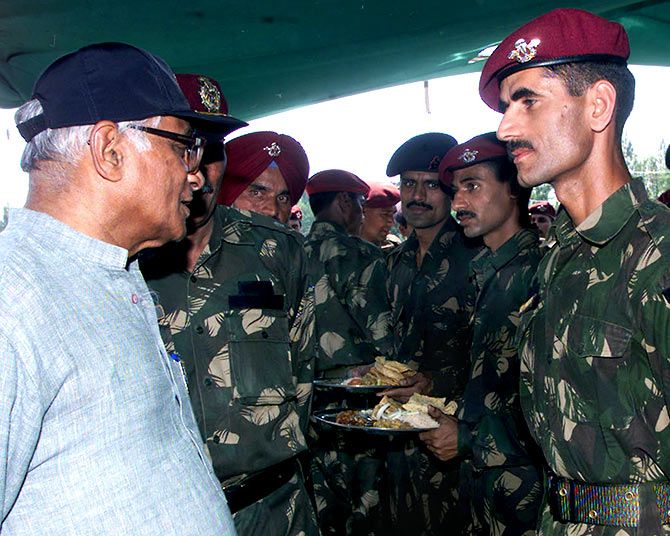 IMAGE: Interacting with troops during a visit to a garrison at Shariefabad, on the outskirts of Srinagar, August 3, 2002. Photograph: Fayaz Kabli/Reuters

A person like George Fernandes was both comfortable with the ceremony of the Indian Army and equally comfortable in a kurta-pyjama culture.

Another raksha mantri, A K Antony, was also simple in his ways, but he somehow could not communicate with the army like George Fernandes.

George was a communicator. He would put his arm around the jawan and talk to them -- all this made people get along with him.

The qualities that we always desired of a RM -- the ability to understand the Indian Army's past, the basic ethos of ceremonies, the importance of dress and events which politicians do not usually understand, he did.

George played a very important role in supporting the Indian Army during Kargil.

He was popular with the soldiers, junior officers and generals.

He was a constant visitor to the field, and Siachen was a symbolic message for that.

Lieutenant General Syed Ata Hasnain, PVSM, UYSM, AVSM, SM, VSM (Bar) retired from the Indian Army after 40 years of distinguished service in 2013. He is currently the Chancellor of the Central University of Kashmir and one of the most astute commentators on military affairs.

General Hasnain, who was posted in South Kashmir during Mr Fernandes's tenure as defence minister, spoke to Rediff.com's Archana Masih. 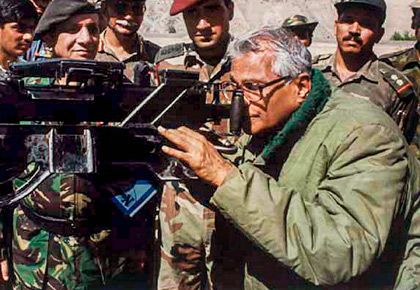 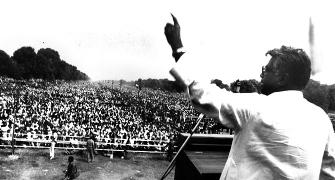 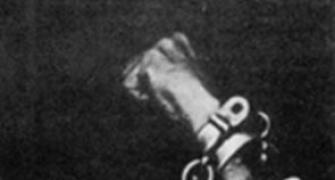 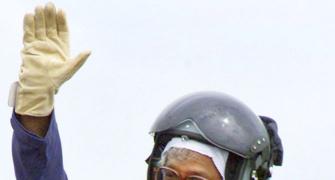 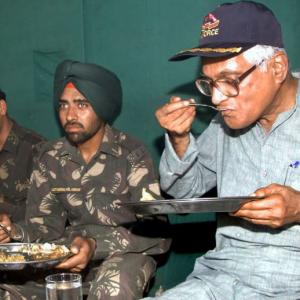 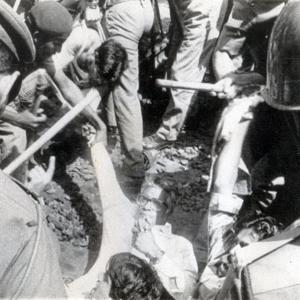