Did Sheena Bora board a Jet Airways flight on July 22, 2012, a full three months after her death in April 2012?
Prasanna D Zore/Rediff.com reports from the Sheena Bora murder trial. 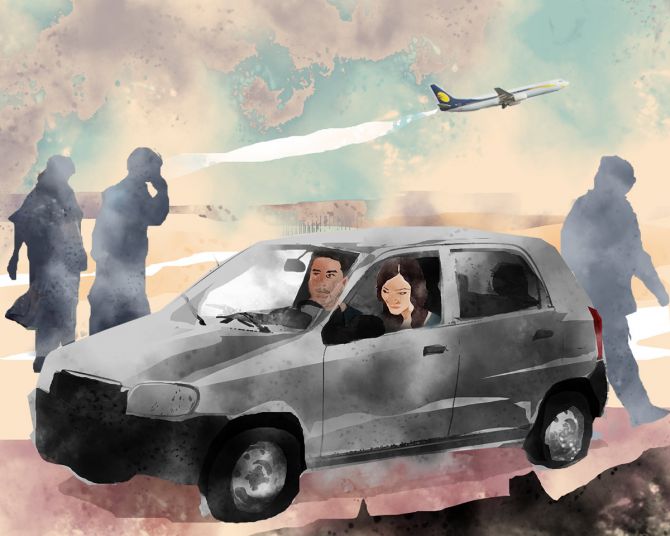 A silver-coloured Maruti Suzuki Alto LX, given by accused number 1 Indrani Mukerjea to her daughter Sheena Bora, and registered in the name of INX Services, was at the heart of Rahul Mukerjea's cross examination by advocate Ranjeet Sangle representing Indrani as the court resumed the hearing post the Diwali break.

As Sangle probed Rahul with his pointed questions, Rahul, dressed nattily in a white shirt and faded blue jeans, responded with equanimity and confidence.

"What rubbish?" There was that occasional snap when Sangle probed him about his shame over his relationship with Sheena being the reason for not filing a missing person's report for Sheena.

Rahul is television executive Peter Mukherjea's younger son from his first marriage; Sheena was Indrani's daughter from her first marriage; Indrani and Peter were married to each other when the Rahul-Sheena relationship happened.

Then there was warmth and fondness as he recalled how they would affectionately address each other when they lived together.

But with his cross examination on November 1, Sangle tried to puncture the prosecution's case which claims that Sheena was murdered in April 2012 by her mother Indrani, Indrani's second husband Sanjeev Khanna and her driver Shyamvar Rai.

INX Services once belonged to Peter Mukerjea, also an accused in the Sheena Bora murder case, and Indrani's third husband.

The entire focus of Sangle's cross examination focused on trying to prove that Rahul drove Sheena in a silver-coloured Maruti Suzuki Alto LX to the domestic terminal at Mumbai airport on July 22, 2012 where she boarded a Jet Airways flight number 9W307 at 11.15 am and flew to Dehradun from Mumbai.

As per the 200-page chargesheet filed by the Central Bureau of Investigation, Indrani, along with Sanjeev Khanna and Shyamvar Rai murdered Sheena in Indrani's car in April 2012.

Rahul, Sangle claimed, then took a Mumbai-Delhi-Dehradun Kingfisher Airlines flight the same day later that afternoon and the PNR number on his boarding pass was BOGYCF and his ticket number was 0902472926862.

Rahul, responding to Sangle's contentions, guffawed, but firmly refuted all the charges as untrue.

"I don't remember whether the Mumbai-Dehradun flight of Kingfisher Airlines having PNR BOGYCF dated July 22, 2012, which I had taken (as contended by Sangle) had my ticket number as 0902472926862.

Sangle confronted Rahul for almost over four hours, separated by a 45-minute lunch break between 2 pm and 2.45 pm. The morning session slated at 11 am began at 11.50 am, as Sangle, who drove from Pune, was delayed on his way to the city.

But it was the second session that witnessed a lively court proceeding. When Sangle began asking Rahul meanings of words -- often used by Rahul and Sheena when they lived together -- like 'Maha Gobarino', 'Dosh', 'Babs/Bubs', 'Doppleganger', etc, that are part of the CBI's chargesheet, Rahul was all nostalgic.

Sangle: "There was this word 'Maha Gobarino' you often used. What does it mean?"

Sangle: "What do Babs/Bubs mean?"

Rahul: "These words are like we use the word 'Babes'. We would interchangeably use these words to talk to each other affectionately."

Sangle: "Two numbers in your phone were saved as 'Kinu' and 'Kinu Work'. What do these words mean?"

Rahul: "These are affectionate terms I would use to call Sheena."

Rahul: "It's a smoking device from India. I was not using Chillum.

Sangle: "Using it to smoke what?"

Sangle: "What does 'T' mean? Would T stand for tola, an abbreviation used for psychotropic substances like drugs, hash?"

Rahul: (After thinking for a considerable time): "I don't know what 'T' means. Perhaps, (it could mean) tea as in chai."

Sangle: "What does the word 'Sabudana' mean?"

Rahul: "It was a personal term we used between both of us."

Barring these lighter moments, the cross examination between 3 pm and 5 pm was all fire and brimstone from Sangle, even as Rahul faced the barrage of charges with equanimity and confidence.

There were a couple of times, though, when Rahul lost his temper.

"What rubbish?" Rahul snapped when Sangle alleged that he did not file a missing person's report for Sheena Bora because he would be embarrassed about revealing that he had an affair with his step sister.

To a related pointed question, Rahul said, "It is wrong to say that I did not go to the police station to file the missing person's complaint because I had an affair with my step sister Sheena and that the cops would ask me several questions about our relationship." 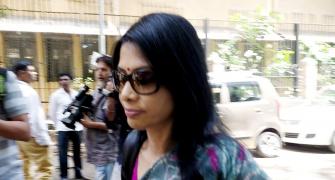 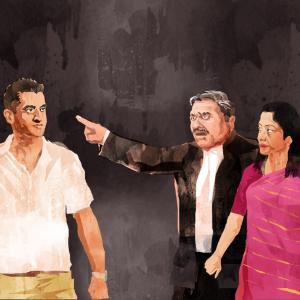 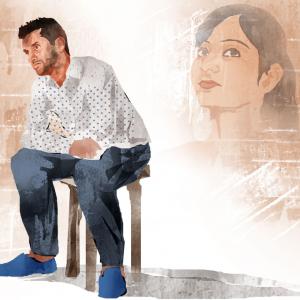