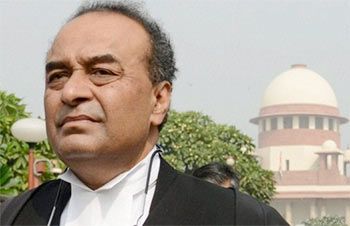 'Serving as the AG is one way of giving back to society or to the profession from which you have earned your name, fame, money and reputation. A lawyer practises for only about 50 years. I have already put in 35 years. If I put in 40 or 50 years, out of which if I take five or 10 years to give back to the profession, it's not a big deal.' Appointments to higher constitutional posts sometimes get mired in controversies. Even when Mukul Rohatgi was tipped to take over as the Attorney General of India in 2014, a letter was sent by renowned senior lawyer and politician Ram Jethmalani to Prime Minister Narendra Modi, voicing his resentment regarding Mukul's appointment.

But the negativity didn't affect Mukul one bit, though he was certainly taken aback. This letter did put on hold his appointment as AG for some time. Jethmalani had expressed his reservations, citing Mukul’s weak stance against black money.

Mukul too wasn't very keen on being appointed India's topmost law officer. "I was not hankering for the post. I had a great practice... It didn't matter beyond a point, and even if it would not have finally fructified... I knew it was a stumbling block, and I was confident that I would emerge victorious," says Mukul, remembering those difficult days.

"It's indeed a great honour. Now that it has happened, I will do my best as long as I am in this post," he says with extreme seriousness. He goes on to say that he has never opposed the move to bring back black money to India. "This stand of Jethmalani's is mystifying and completely wrong," he says.

However, people think that Mukul's handling of cases in the Supreme Court for Modi had made him a favourite choice for the coveted post, besides his friendship with Jaitley. Mukul had represented Modi and his government in the 2002 Gujarat riots cases when he was the chief minister. He had also dealt with the fake encounter deaths and the Best Bakery case in which Zahira Sheikh alleged that she had witnessed her family being burnt to death. Perhaps, defending such complex cases brought Mukul to the forefront and made him an obvious choice for the post. He appeared in these cases for a number of years continuously.

"Apart from being an honour, serving as the AG is one way of giving back to society or to the profession from which you have earned your name, fame, money and reputation. And these are not lifelong things -- a lawyer practises for only about 50 years. I have already put in 35 years. If I put in 40 or 50 years, out of which if I take five or 10 years to give back to the profession, it's not a big deal," says Mukul.

"I think it's a very subjective matter. Lawyers may have varying opinions about this, but for me, it's a kind of moral obligation. It has also made me aware of the challenges outside and within the legal fraternity," he adds.

It was an unusual case, a case of conscience, and Mukul took it up because of his concern for humanity. "I call it unusual because the client didn't come to me; I approached the court to do the case for this person. He was a labourer," Mukul says.

"Had my father been alive, he would have certainly appreciated my decision. Not that he was a great thinker, but his thinking, to a great extent, was influenced by Samuel Johnson and his writings. And in this particular context, he would have loved to recall Johnson: 'The true measure of a man is how he treats someone who can do him absolutely no good'," Mukul says.

In this particular case, Mukul had no expectations from his client. It all started when he was watching a reality show. 'Who would do such a case? Is there any lawyer who would ever think of doing such a case,' said the television anchor to his viewers. Mukul was participating in this television show and he decided to go ahead with it.

In summary, the matter revolved around a case of mistaken identity. One of the labourers in a construction company had the same name as his contractor. Now, this contractor had committed a crime, but the labourer had been caught instead and was even being tried for the offence; he consequently remained in jail for a number of years.

"I got a writ petition filed at the Supreme Court. I took up the matter pro bono and argued before a bench of Justices P Sathasivam and J Chelameswar that this was a case of gross miscarriage of justice coupled with a blatant violation of the right to life guaranteed under Article 21 of the Constitution -- which required the court to take urgent corrective steps," says Mukul. Finally, the Supreme Court ordered an inquiry into the case; the result was in favour of the labourer and he was subsequently released.

Mukul says, "I felt happy doing it. 'Happiness is when what you think, what you say and what you do are in harmony,' says Mahatma Gandhi, the Father of our Nation," Mukul continues, "In life, it's all about taking the initiative. It was a genuine case, a genuine cause and I had genuine concern -- and the outcome was positive. Such kinds of cases and incidents bring immense happiness."

In the courtroom, it's all business for Mukul. People have often accused him of being too belligerent and rude. But when he is in court, representing his client, he ensures that his voice is heard even if it is at the cost of flailing his arms and shouting down his opponent.

However, these criticisms of his attitude don't really impact Mukul. "This is the normal way I argue. It is never meant to offend anyone. I am polite inside and outside the courts. I feel it is important for a lawyer to adhere to professional ethics. I firmly believe in honesty. To never compromise your position or the position of your client is something I would always advise to all would-be lawyers. You cannot talk behind the client's back. You cannot think of doing anything which will harm the interest of the client," he says.

Mukul works seven days a week and has been doing so all his life.

"If one has to work twice the number of hours, then one should be ready for it. This is the message that I see has gone down during the present Narendra Modi-led government. I find that bureaucrats, ministers, seniors, juniors, all are working at a furious pace, seven days a week. I meet government officers at all times. I haven't met any officer till date who has said that he is not available on a Saturday or Sunday. So there is only one mantra: Work, work and work," he says.

The volume of work that Mukul tackles is tremendous -- there are 38 ministries, but only one AG. "A lot of people today feel that lawyers don't enjoy a very good name in society. One way to redeem this image is to do some work for society, some free work, some pro bono cases," he says.

Mukul believes that lawyers have to be constantly vigilant to see how the bench is reacting. They should possess the tact to present their point, be brief and also have a strong sense of indulging in relevant and appropriate paperwork. They should be able to think on their feet and should be able to defuse the tense atmosphere prevailing in a courtroom by resorting to humour, if and when required. It is certainly a tall order and certainly challenging.

"I work hard and make all efforts to make my argument heavy and meaningful; my focus is always to go straight to the point and deliver my arguments in such a manner that my principal argument or arguments counter all counterarguments. Tone is an accompaniment. Every lawyer has a strategy, a way of doing things. The important thing, however, is to maintain the decorum and one's code of practice," Mukul says; his words can be a mantra for the young breed of lawyers who are just starting their careers. "Presenting a reasonable and practical solution goes a long way in court," he says.

Mukul is of the opinion that the cognitive processing and element of subjectivity play a significant role in the interpretation of what a lawyer intends to convey through his arguments in a case. This element of variability and individual expertise of judges (who come from different high courts, with diverse experiences and backgrounds) may play an important role in how a case has to be argued and how it will be easily understood by two or three judges sitting on a particular bench.

"You have to keep in view that one judge may not know the intricacies of a business law as s/he may have expertise in other laws like criminal matters and may take time to understand a particular business matter. You must address that judge with the same dignity and respect even if he is not so familiar with the concerned subject. And it would be appropriate to take him through the basics, which the other judge may be too well versed with," he says.

Mukul is also of the opinion that the judiciary taking too long to decide on a case is a matter of concern, and believes in the adage that justice delayed is very often justice denied. "No government ever thought that dispensation of justice, or the judiciary, was as important as other things like agriculture or finance, so by default the law received stepmotherly treatment. These things are quite disturbing. I think one needs to have the strength and courage to get things rolling towards a better and brighter future, and what is ultimately required is a sense of discipline," he says.

Excerpted from Legal Eagles: Stories Of The Top Seven Indian Lawyers, by Indu Bhan, with the permission of the publishers, Random House India. 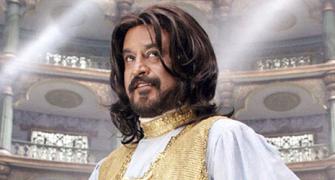 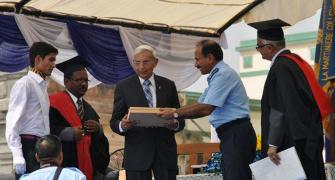