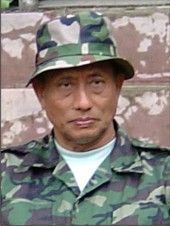 Meghen was arrested on in Motihari town by a three-member team of the National Investigation Agency, which was assisted by local police.

Sources said Meghen was planning to cross over to Nepal. He was produced before the court of Chief Judicial Magistrate, Motihari and is being brought to Delhi on a transit remand.

The arrested UNLF chairman had spoken to rediff.com exclusively on the aims of his movement and how he intended to attain them. We reproduce the interview by Nitin Gogoi in 2010.

Why has the UNLF remained out of the limelight so far?

We have always believed in doing our work and letting the masses who are our main strength judge us. I do not want to belittle the contribution of the media in our struggle, but we are aware that the media is perfectly capable of making you a hero very quickly and then bringing you down as fast. We simply wanted to avoid that pitfall.

What has prompted you to come out in the open now?

After 36 years we feel we have done substantial work among the people of Manipur and that we have some amount of standing among the masses. That is why we thought the rest of the world should also know about our struggle. That is why you are here.

What is your outfit's philosophy?

Our philosophy is based on the principle of equitable distribution of social wealth. We do not believe in terror tactics. The very fact that it took us over two decades to decide on an armed propaganda should give you an idea about how deeply we have thought over the whole matter. The UNLF was formed way back in 1964. But our armed wing, the Manipur People's Army, was formed only a decade ago in 1990.

What are you fighting for?

We regard the current status of Manipur as a colonial occupation by Indian forces, which suppress both our culture and economy and indulges in gross human rights violations. Our fight is against the Indian State machinery and not the Indian people.

How do you justify this term 'India occupation'?

History will tell you that Manipur was never part of even British India. Today New Delhi is holding onto the territory forcibly.

Manipur, which was ruled by a king, was annexed to the Indian Union on October 15, 1949. For two years before that, between 1947 and 1949, we enjoyed considerable autonomy in our administration. Under the Instrument of Accession, signed a month before India's Independence, the British Indian government was responsible only for defence, external affairs and communication.

After 1949, however, it became just like any other Indian state. Indeed, even today, 51 years after the annexation, the entire Manipur observers October 15 as an 'anti-merger' day. UNLF is thus seeking to revert to the independent, sovereign nation.

How would you free Manipur from this 'occupation'?

How long do think it will take?

With barely 1,000 armed cadres, UNLF's armed wing, MPA, may not look very strong, but the determination and commitment to the cause certainly makes us a formidable force in the region.

I and my colleagues for one believe that India will have to eventually give up its claim on the North-East. Me and my colleagues may or may not see it coming in our life time, but the struggle will continue as long as it takes.

What if India offers to talk? Would you come forward to negotiate like the Nagas are currently doing?

The current deadlock on the talks between the Indian government and the NSCN-IM is the perfect example of this strategy. The Shillong Accord in 1975 and the Mizo Accord in 1986 are perfect examples of India's strategy to divide and destroy smaller ethnic groups in the North-East.

But if you agree to talks at all at any future date, what would be your conditions?

We will come to the negotiating table only if India agrees to list the sovereignty issue on the agenda and simultaneously withdraws its forces from Manipur. The right to self-determination of the Manipuri people has to be on the agenda for any talks. Without that we are not interested in negotiations. The Indian government must also guarantee that it will pursue the talks with sincerity and commitment. We would also like a third country to monitor the talks.

Many people feel that Manipur cannot survive as a separate country. With an area of 22,300 square kilometre and population of just 2 million, how do you hope to survive as an independent country?

If Bhutan can survive as a country, so can we. Moreover, in today's global context, all countries, big or small, have become inter-dependent. No country can survive in isolation and we don't intend to. We will have excellent relations with our neighbours.

That way, all small ethnic groups will demand independent entities. Where will it end? In Manipur itself, there are so many smaller tribes...

I am a great believer in unifying all ethnic groups. If all the struggling nationalities in the North-East unite, there is no reason why this region cannot be liberated. We believe in co-existence, not assimilation. In fact, our policy to take along all nationalities in this struggle is receiving tremendous response.

We anticipate resurgence in this respect. The recent formation of the Manipur People Liberation Front, which comprises our fraternal organisations People's Liberation Army, Peoples Revolutionary Party of Kangleipak and us, is aimed at uniting all ethnic groups and people.

We oppose the 'identity expansion', sought to be done by groups like the NSCN-IM. The NSCN-IM leadership is thinking and seeking a solution to the Naga problem on narrow ethnic lines. The NSCN-IM, which was flattered by the Indian media as the mother of all insurgencies in the North-East, has now become the mother of all opportunism in the NE.

You had a similar formation earlier, the Indo-Burma Revolutionary Front. It didn't click. Was it an idea ahead of its time?

Yes, three different revolutionary groups -- the Khaplang faction of the NSCN, the Assam-based United Liberation Front of Asom and we -- had come together on one platform, the IBRF. The concept, as you say, may have been ahead of its time. But I feel that eventually all of us struggling for sovereignty will have to get together and force India to concede our demand.

The prevailing view in New Delhi about insurgency in the North-East is that it has become a "cottage industry". What is your view on this?

It is a disinformation campaign launched by the Indian government. In fact, in the name of counterinsurgency operations, the government forces and others in positions of power mint massive amounts of money.

But it is also said that all groups extort money...

We don't see it as extortion. These are taxes. In any case, because of the proliferation of so many revolutionary groups, we have stopped charging taxes to salaried employees. It used to be five per cent of their annual salary earlier. Yes, we still charge big businessmen and ministers.

It is also said that several politicians use militant groups during elections to gain power.

We don't interfere in the Indian electoral system since we don't believe in it. We have no connections with Indian politicians, so there is no question of them using us.

Rendezvous with the Rebel 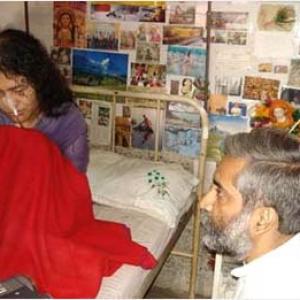