The UN meet was attended by almost 25 countries including Pakistan, in an attempt to bring terrorists to justice.

While top prosecutors from across the world were present at the meeting representing their countries, Pakistan made an exception as it was represented by a former foreign ministry official.

Ujjwal Nikam, the special public prosecutor in the 26/11 case, represented India at the conference and made quite an impression as he spoke about bringing the perpetrators of the attacks to book and a speedy trial that awarded the death sentence to the lone surviving 26/11 terrorist Ajmal Kasab.

Nikam told Rediff.com, "I brought it to the notice of all participating nations that India has been facing the problem of terrorism for a long time and although we have extradition treaties with certain countries, some of them are not cooperating with India to bring the terrorists to justice."

Although Nikam did not name any country, it was quite clear he was talking about Pakistan when he spoke about bringing the 26/11 perpetrators to book.

"I told the prosecutors attending the seminar that although the main conspirator of the terrorist attacks in Mumbai is still hiding in a certain country, it is that country's responsibility to hand him over to New Delhi. Unfortunately, terrorists in one country are regarded as heroes in another. International mutual assistance is needed for containing terrorism," Nikam said.

He explained to delegates how India speedily completed the 26/11 trial within a year, examined eyewitnesses and how and why it needed cooperation from other countries to bring terrorists to justice.

"I told them that terrorism is not just an Indian problem, it's a global problem and that is why there is need for international cooperation on this issue," he said.

Delegates at the seminar, including Pakistan, agreed that there is a need for mutual assistance and cooperation because terrorists are adopting news means of communication, he added. But Nikam contested Islamabad's claim that Pakistan is cooperating with India in this matter.

"I also suggested how the complicated mechanism of extradition could be simplified," the prosecutor added.

In response to a question about the outcome of the case against terrorist Ajmal Kasab, who has been awarded the death sentence and whose confirmation proceedings are being heard by the Bombay high court, Nikam felt the prosecution would win the case without any problem.

"There is no problem with that at all because not only do we have the eyewitness accounts, but we also have circumstantial evidence and documentary evidence against Kasab. We can also infer that it is a State-sponsored act of terrorism," he said.

Despite India's eloquent anti-terrorism stand at the seminar, the three-day meeting did not achieve much.

"The outcome was not satisfactory, as the representatives could not reach any definitive conclusion in terms of cooperation in fighting terrorism and the issue of extradition. It was just a forum to discuss issues and that is all," sources said.

Nikam, however, felt it may be premature to draw such a conclusion. "After all, it was the first meeting and one needs time in any international forum before things start moving," he said.

Can Pakistan meet India halfway on 26/11? 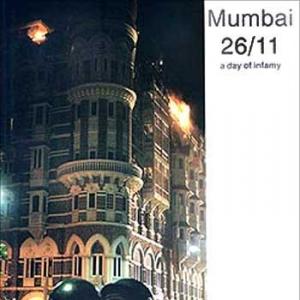 B Raman on how India can prevent another 26/11