'I think Allah gave me the strength to keep driving.'
'He gave me the foresight not to stop the bus.'
'The firing went on and on. It just did not stop.'
'And I kept driving.' 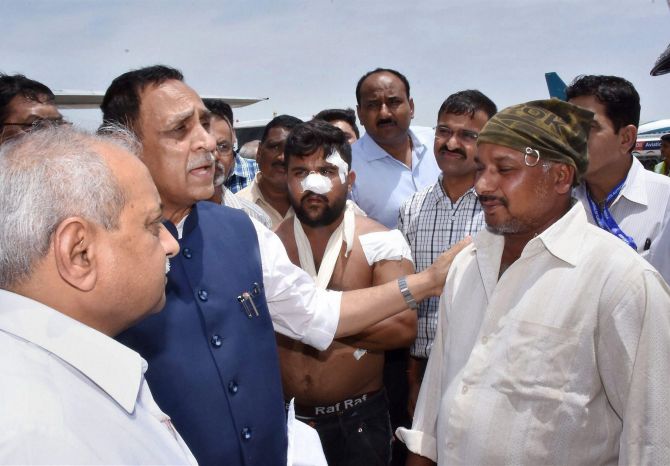 If there is a proverbial silver lining in the horrific terror attack on 58 pilgrims headed from Srinagar to the shrine of Vaishnodevi in Jammu on Monday night, it is the nation uniting in praise of bus driver Sheikh Salim Gafoor.

The Jammu and Kashmir government has announced a cash reward of Rs 3 lakh for the driver.

Gujarat Chief Minister Vijay Rupani has said he would recommend Salim's name for a bravery award.

At 8.20 pm on Monday, July 10, terrorists opened fire on a bus carrying pilgrims who had just finished the Amarnath Yatra and were on their way to Jammu.

The bus was traversing through the Batingoo area of Anantnag in south Kashmir when it came under sustained fire by the terrorists who an inspector general of police sais were from the Pakistan-based Lashkar-e-Tayiba terror group.

Seven pilgrims died in the attack; 19 pilgrims were injured.

Gafoor spoke to Umar Ganie just before he left for Gujarat.

"The bus I was driving, (registration number GJ09Z9976) had a punctured tyre.

After repairing the tyre, which took a while, it was already dark, but we resumed the journey.

After the yatra ended on July 8, the pilgrims had been staying around the Dal Lake in Srinagar for the last two days.

After reaching Anantnag, they had a meal at a dhaba and we began our journey to Jammu.

My passengers were enjoying themselves, singing and chatting about their Kashmir trip.

Some yatris mentioned that they had missed out on shopping because they had no time.

A few were sleeping.

Suddenly, firing started from all sides.

Initially, I was unable to understand what was going on because it happened all of a sudden.

But the moment I realised what was going on I shouted out and asked everyone to lie down on the floor.

Everyone followed my instructions.

I am from Gujarat; I am not a Kashmiri so I have no experience of the sound of gunfire, but somehow you realise what that sound means.

My bus had 58 passengers. Seven people died and 19 were injured.

I think the biggest reason we did not have many more casualties was because I yelled out to the conductor to close the door the moment I heard the shots.

If he hadn't acted immediately and done so, the terrorists could have entered the bus and the casualties would have been much more.

I did not see any of the terrorists because it was pitch dark outside.

All I heard was the sound of gunfire.

I think Allah gave me the strength to keep driving.

He gave me the foresight not to stop the bus.

The firing went on and on. It just did not stop.

And I kept driving.

I stepped on the accelerator and drove the bus away from the firing.

I think I must have gone over one-and-a-half kilometres out of the firing zone before I stopped at an army outpost.

When I stopped the bus and stood up, I saw my passengers drenched in blood.

Many were injured and were weeping.

My conductor was also injured because when I ducked to escape the gunfire, the bullets grazed his neck.

I then began evacuating my passengers.

Local people rushed towards the bus and helped move the injured to hospital.

Many hours have gone by, but I am unable to understand why this happened, or for that matter what happened.

It was a horrible experience, which I am taking back with me to Gujarat. 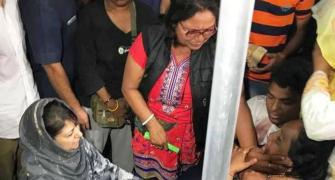 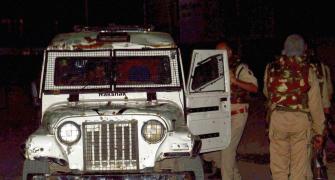 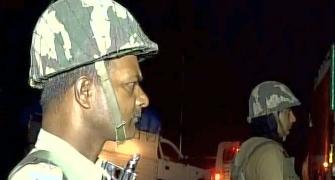 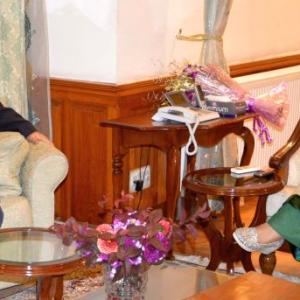