Pakistan is currently sitting on a demographic tinderbox. The country's population growth rate is among the highest in the world outside the regions of Africa and Middle East.

According to the recently released preliminary census report of Pakistan, the population of the country has surged by 46.9 per cent between 1998 and 2011. Over a period of 13 years, this population growth works out to be a shade over three per cent, much more than what had been anticipated by various national and international agencies.

For a country which has been growing economically at a rate of 2.7 per cent for the last four years, this translates into a fall in per capita income. No wonder the numbers of those living below the poverty line are rising drastically.

The population of people below 35 years of age comprise over 65 per cent of the total population and over 100 million people are believed to be unemployed. For a rapidly radicalising state, this could be catastrophic.

But rapidly growing population is not the only demographic problem plaguing Pakistan. Uneven population growth among various ethnic groups has the potential to further accentuate ethno-national faultlines.

As of now, Punjab provides 148 of the 272 directly elected members of the National Assembly and that may need to change. Although the census does not give the ethno-linguistic breakdown, it is quite clear that the birth rate among more educated and urban communities has come down as compared to those groups among whom the human development index is abysmally low.

As a result, the number of Mohajirs and Punjabis is growing at a much slower rate than the Baloch, Sindhis and Pakhtoons. Even among the Pakhtoon comunity, the birth rate has come down in Khyber Pakhtoonkhwa as compared to the Federally Administered Tribal Areas.

The population in the least developed province, namely Balochistan, has risen the fastest in the last 13 years. This not only indicates that the Baloch have a higher birth rate, but also shows large-scale migration to Balochistan. The fear of being reduced to a minority within their own province has been the main cause behind the alienation of Baloch people and increasing migration could aggravate their grievances.

The population has risen manifold in Pakhtoon-dominated northern districts like Killa Abdullah, Loralai, Pishin, Quetta and KIlla Saifullah. There has also been significant rise in population in some of the districts bordering Sindh, indicating migration that may tilt the ethnic balance in this delicately poised province of Pakistan.

As the population share of Balochistan in Pakistan increases from 4.9 per cent in 1998 to 6.85 per cent in 2011, its influence as well as the capacity of Baloch nationalists to challenge the Pakistani State will increase correspondingly.

The preliminary census report shows that the population of Sindh increased by 81.5 per cent between 1998 and 2011, against a national growth of 46.9 per cent. The fact that there has been more than cent per cent growth in Jamshoro, Jacobabad, Hyderabad and Karachi districts indicates that there has been large scale migration to Sindh.

The growing migration to Sindh will further marginalise the Sindhis and fuel Sindhi nationalism. Sindhi nationalist Jeay Sindh Qaumi Mahaz has already demanded independence for the province and Sindhi resources from "a Punjab-dominated, Punjab-ruled, and Punjab-manipulated State."

The population of Karachi has more than doubled in this period and can largely be attributed to the large-scale migration of Pakhtoons after military operations in KP and FATA. The Muttahida Qaumi Movement has been at the forefront of opposing the increasing influx of Pakhtoons into Karachi under the garb of preventing its 'Talibanisation', as continuous migration is tilting the ethnic balance against Mohajirs.

To compound the problem, the birth rate among Mohajirs, who are better educated, has been falling consistently vis-a-vis Sindhis, Pakhtoons and Baloch. Today the population of Mohajirs in Karachi is believed to have declined to nearly 40 per cent and consequently the city has become a hotbed of violence, where different ethnic groups are jostling for supremacy.

The census report also gives details about the population figures of Pakistan Occupied Kashmir. The increase in Mirpur-Muzaffarabad has been only 22.1 per cent and was fairly even across various districts.

The Shia population dominated Gilgit-Baltistan and the population surged by 63.1 per cent; leading to allegations of large-scale migration from Pakistan. The fact that the population in Sunni dominated Diamer district more than doubled during the period, gives some credence to this allegations.

Many nationalist organisations suspect the role of State agencies in the abnormal rise of population in Diamer district and neighbouring Kohistan district of KP. They believe that State agencies are involved in demographic engineering in this sparsely populated region

These demographic changes will alter the power dynamics within Pakistan and might increase the belligerence of smaller provinces towards the Punjabi dominated federation. If the Pakistani leadership does not kick-start the economy to gainfully employ the growing youth bulge, many of the unemployed youth could join the growing ranks of the Taliban or various ethnic outfits espousing sub-nationalism.

The fact that the population of Punjabis and Mohajirs, who have traditionally dominated the polity in Pakistan, is growing at a much slower pace vis-a-vis the Baloch, Sindhis and Pakhtoons could exacerbate ethnic tensions. 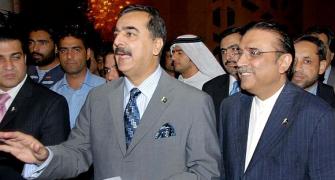 Pakistan heading for elections in 2012? 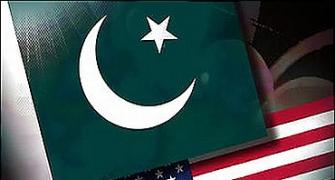 Pakistan's role in the US strategic calculus
BJP has decided candidate for President's post: Naqvi 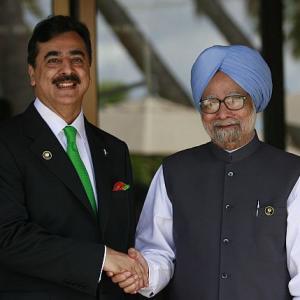 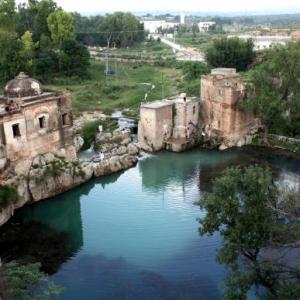