Pak military may bow to US pressure on NATO supplies

As the United States has clearly linked an invitation to Pakistan to attend the upcoming Chicago summit on Afghanistan's future to the resumption of the NATO supply line, the Pakistani military leadership seems willing to reopen the supply routes which could perhaps win Islamabad a seat at the Chicago meet, scheduled for May 21-22.

Pakistan-US ties have been on a rocky road for a while, and it seems their turbulent journey is not over yet. With both sides locking horns on various issues, they wait for one's turn and then play their cards as they want, instead of setting an eye at finishing the game.

This trend has lingered on for over a year now since the May 2 killing of the fugitive Al Qaeda chief Osama bin Laden in a covert US military raid in Abbottabad and the November 26 killing of 24 Pakistani soldiers in the Salala area in a NATO air attack. Following the closure of NATO supplies by Pakistan, the use of northern distribution network is costing US an additional $38 million (about Rs 200 crore) per month.

However, talks to repair the strained ties between the two allies in the war against terror have proven to be more difficult than what was expected, mainly because of the US refusal to apologise for the Salala incident and discuss cessation of the ongoing CIA-run drone campaign in the tribal areas of Pakistan. The Pakistani military establishment has had a firm position since November last year that the suspended NATO supply routes won't be re-opened without a clear-cut apology from the Barack Obama administration for the deadly Salala strike.

But this has not happened so far and the chances of an apology coming from Washington seem to have receded as the Americans have lately become more critical of Pakistan's failure to curtail the activities of Al Qaeda and Taliban-linked extremist groups as well as the Pakistani security establishment's alleged linkage to the Haqqani militant network which has been accused of carrying out the recent terrorist attacks on the American assets in Kabul.

According to diplomatic circles in Islamabad, a two-tier apology, which was brokered by Pakistan's ambassador to the United States, Sherry Rehman was on the cards but it foundered on the rocks of the failure to pass a joint parliamentary resolution on new terms of engagement between Pakistan and the United States of American.

As the Obama administration lost patience and backed off, the apology issue is stalemated for now. Perhaps it would have not come to this if the Pakistan security establishment had not botched up its chance of getting an apology when it was offered by the Americans. The establishment delayed its concurrence to the opening of the NATO supply route, with the intent of not appearing to give in too soon. It had made it a pre-condition for any talks with the United States, while they have put forth their own: reopening of NATO supply routes before anything else.

Subsequently, things seem to have spiralled out of Islamabad's control, amidst a clear American warning that Pakistan would not be invited to the Chicago summit if the NATO supply route is not reopened immediately. The US Congress has already proposed stopping preferential trade with Pakistan and reducing aid to just 10 per cent of the available funds unless Islamabad reopened NATO supply routes.

The lawmakers also approved a proposal to stop all reimbursements to the country if Pakistan continued to ignore the American demands. The restrictions, included in two bills passed separately by House panels, are the harshest since Pakistan joined the US-led war against terror 11 years ago.

Not only that, another far-reaching legislation has been introduced in the US Congress that would deduct $50 million (about Rs 265 crore) from the aid to Islamabad for every American killed by terrorists operating from the safe havens in Pakistan with the support of ISI. "Pakistan has for decades leveraged radical terrorist groups to carry out attacks in India and Afghanistan," Congressman Dana Rohrabacher said on May 12 while introducing the 'Pakistan Terrorism Accountability Act of 2012'.

The legislation would require the US Department of Defence to list all Americans killed by terrorist groups operating with impunity inside Pakistan and Afghanistan and supported by elements of the Pakistani government. For each person killed, $50 million would be subtracted from the US foreign assistance to Pakistan -- a requested $2.2 billion -- and given to the victim's family.

"For too long, the US has funded the Pakistani government, giving it free money, while elements of the ISI and Pakistan's military operate militant groups that are actively murdering Americans. The Americans will not accept this," Rohrabacher, Chairman of House Foreign Affairs Oversight and Investigations Subcommittee, said. "Pakistan helped to create the Taliban and Pakistan's intelligence service hid Osama bin Laden from the US for years. Today, one of the most dangerous and sophisticated groups killing the American troops in Afghanistan is the Haqqani network, which is closely operated by Pakistan," Rohrabacher said.

The legislation further says, Pakistan, through ISI, maintains control and influence in Afghanistan through militant groups like the Haqqani network, to secure its strategic position and expand its sphere of influence, not only in Afghanistan, but also in Kashmir and against India.

These restrictions, which were imposed hardly a week before the Chicago summit, were in fact a warning that the Pakistani establishment's failure to oblige the United States on the issue of the NATO supply route would leave it out of the whole process it wants a significant stake in. The Chicago summit is to focus on post-conflict Afghanistan, after the withdrawal of foreign troops from the war-torn Afghanistan.

Keeping in view all these developments, the Pakistani establishment has almost made up its mind to give a go ahead to the civilian government in Islamabad for reopening the NATO supply route. Therefore, a crucial meeting of the Defence Committee of the Cabinet is being held in Islamabad on May 15 which will be attended by Pakistan's top civil and military leadership to discuss the resumption of the suspended NATO supply line. A final announcement by Pakistan is expected to be made on May 16 when Prime Minister Yousaf Raza Gilani will chair the federal cabinet meets in Islamabad.

Ahead of the NATO summit in Chicago, top military commanders from Pakistan and the US-led International Security Assistance Force held critical talks in Islamabad on May 12 to review operational matters straining their cooperation and search for a way out of the impasse following the November 26 NATO air attack. The Pakistani Army delegation was led by the Army Chief General Ashfaq Kayani while General John Allen headed the ISAF team at the parleys.

Diplomatic sources say the ISAF commanders made it clear to General Kayani that the NATO supply issue is no more a bilateral affair between Pakistan and the US but it is an issue that concerns Islamabad's ties with international community, since that ISAF has contingents from 48 other countries that include all NATO nations. Therefore, General Kayani was told to seriously mull over the resumption of the NATO supplies keeping in view the international dimensions of its repercussions for Pakistan if the present stalemate continues.

General Kayani was again conveyed the same message in another meeting of the top military commanders from Pakistan, Afghanistan and NATO which was held on May 13 in Islamabad to discuss contentious issues. General Allen, General Kayani and Afghan military commander General Sher Muhammad Karimi led their respective delegations at a meeting of the Tripartite Commission.

"Talks focused on border control measures, and mechanisms put in place to avoid untoward incidents on both sides of the Pak-Afghan border," said a statement issued by the Pakistani military spokesman. General Allen said that he was very encouraged by the Islamabad talks. "There was agreement these meetings are important to achieving continued progress towards a peaceful Afghanistan so that Afghanistan can no longer be a safe haven for terrorists," Allen said, as per an Isaf statement. A Pakistan military official described the talks held in the garrison city of Rawalpindi as significant, adding that the discussions lasted for 'several hours'.

Gen Allen reportedly discussed the Salala incident in detail and also discussed steps to ensure that such incidents do not take place in the future. The issue of NATO supply routes also came up for discussion. The official maintained while requesting anonymity that the US wanted Pakistan to take an early decision to lift the six-month-old blockade on vital land routes for western forces stationed in Afghanistan. "The impact of the continued suspension is now taking its toll on the foreign forces in Afghanistan," said another military official, who also claimed that the US had now threatened to block all financial aid if supplies were not reopened.

The military official acknowledged that Pakistan might succumb to intense pressure on the reopening of NATO supply lines without receiving an unconditional public apology from US for the Salala attack by NATO. The decision would pave the way for Pakistan's participation in the upcoming Chicago summit. Frankly speaking, the military official said, the Bonn conference boycott did not help advance Pakistan's security interests.

"Now its absence at Chicago will mean it will not be there when crucial decisions are made about Afghanistan's future. No state in the world has such stakes in that country as Pakistan. Therefore, I don't think Pakistan is in a position to miss this opportunity", the military official observed while clearly indicating the eagerness of his leadership to let his country attend the historic gathering. 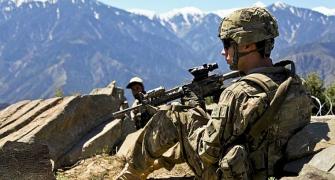 Pakistan's stubbornness costing US Rs 2019 crore a month!
Osama bin Laden was not a Pakistani: Gilani 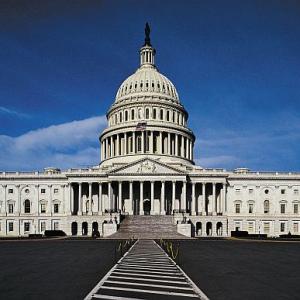