News
Business
Movies
Sports
Cricket
Get Ahead
Money Tips
Shopping
Sign in  |  Create a Rediffmail account
Rediff.com  » News » One last push to save the Yamuna 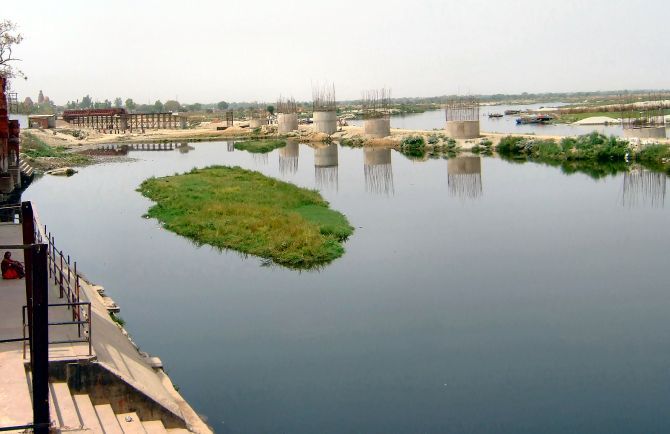 In comparison to the Ganga about which Water Resources Minister Uma Bharti waxes eloquent, her treatment towards the Yamuna can at best be described as step-motherly. Rashme Sehgal reports on efforts to save the Yamuna.

The otherwise chatty Water Resources Minister Uma Bharti adopts an air of studious silence when it comes to discuss the cleaning of the Yamuna.

When she recently visited Vrindavan to celebrate Radha Asthami she reiterated her commitment towards making the Yamuna Shuddikaran Abhiyan a success, but said little else.

In comparison to the Ganga about which she waxes eloquent at the drop of a hat, her treatment towards the Yamuna can at best be described as step-motherly.

Bharati met Delhi Chief Minister Arvind Kejriwal in August to decide on the action that could be taken to rejuvenate the river in its most crucial 700-stretch extending from Hathnikund to Etawah. The solution that both leaders arrived at can at best be described as cosmetic.

Both the Centre and Delhi government are talking about setting up a special utility vehicle which will help to decompose organic matter in the river.

During the United Progressive Alliance government, Bharti was at the forefront in pointing out how 10 years of Dr Manmohan Singh's rule had proved a death knell for the Yamuna. The baton of agitation is now with other quarters.

Some days ago, Ketan Bajaj, a computer scientist with a degree from the Indian Institute of Technology-Delhi, went on a hunger strike outside the National Green Tribunal office, demanding that plastic and other material strewn across the Kalindhi Kunj ghat following the immersion of Ganesh idols be cleared up.

Prior to this, seven members of the Yamuna Muktikaran Abhiyaan went on a fast unto death at Jantar Mantar, demanding that the Centre ensure 'free and natural' flow of water in the Yamuna. The agitators had walked from Kosi to Delhi to voice their dismay at how the Yamuna had been transformed into a 'sewage drain.' Their fast was broken after Bharti assured them she would work to revive the river on a priority basis.

Bajaj broke his fast after the Kalindhi Kunj ghat was spruced up following the National Green Tribunal's intervention.

Delhi Water Minister Kapil Mishra is confident that the Aam Aadmi Party party will succeed in making Yamuna 'nirmal' by 2016.

"The AAP has adopted a two-thronged approach to cleaning the Yamuna. Seventy-five to 80 per cent of the sewage that flows into the river does so from the Najafgarh drain. By December 2016, we hope to have STPs (sewage treatment plants) in place to clean up the sewage," Mishra explains.

The AAP will set up decentralised sewage systems across six locations within the National Capital Region at a cost of Rs 1 crore (10 million) each. These sewage systems will help ensure diversion of sewage from the Najafgarh drain, the Delhi minister adds.

"The other key component in our cleaning up operation will be to de-silt the river. Once that is completed, its present black colour will change," says Mishra.

"I am confident we will make the river water fit for bathing," he says. "I will take a dip in its waters to prove my point."

Mishra points an accusing finger at the Congress government stating that the Rs 2,500 crore (Rs 25 billion) spent on the Yamuna Action Plan was money gone down the drain. "Had the government bought Bisleri (mineral water) worth that amount and thrown it into the Yamuna, we would have a clean river by now," the minister declares.

Justice Kumar took the Centre and Delhi government by surprise when he ordered that every house generating sewage in the entire National Capital Territory pay environmental compensation, irrespective of whether or not they have a sewerage connection. This order will be equally applicable for unauthorised colonies.

The funds collected will be utilised to provide new sewage treatment plants and other requirements as part of the National Green Tribunal's Maili se Nirmal Yamuna Revitalisation Project 2017.

Other steps ordered by the tribunal include the revitalisation of two drains -- Najafgarh and Delhi Gate -- which cause 63 per cent of the river's pollution.

Activist Manoj Misra, who has been fighting to save the Yamuna, believes the National Green Tribunal offers the only ray of hope. "It is a do-or-die situation. The bureaucrats of the Delhi Jal Board have been pushing for large Yamuna clean-up projects which have a long gestation period," says Misra. "I am in favour of small projects which can be implemented quickly."

The National Green Tribunal also directed the Delhi Jal Board to submit the action plan and timeframe for completing the first phase within a time-bound period.

Union Water Resources Secretary Shashi Shekhar heads a panel monitoring the execution of the National Green Tribunal project to revive the Yamuna that meets 70 per cent of the capital's total drinking needs.

The Delhi government needs around Rs 4,000 crore (Rs 40 billion) to execute this National Green Tribunal directive. Shekhar has opted for a public-private partnership as a means to raise the money.

Under the arrangement, firms will raise funds, set up clean-up systems, run them on the government's behalf, and get a pre-agreed annual payment spread over 15 to 20 years.

Again, it was the National Green Tribunal's directive that ensured that the Punjab and Haryana governments divert more water into the Yamuna. Earlier, the Yamuna had 160 cusecs of water flowing in it, but from July 9, the amount was increased to 392 cusecs.

"The length of the Yamuna in Delhi is 52 km, but our concern is with a 22-km urban stretch between Wazirabad and Okhla," says Manoj Misra. "It is this 22-km stretch where the river has become the equivalent of a sewage drain. We have been telling the government to treat the water at Palla which is the first Delhi village on the river and then supply it to the citizens of this city."

The project wants to clean up plants and restore rainwater drains which currently carry toxic waste to the river. There is logic in reviving Delhi's water bodies such as baolis, wells and ponds because this will reduce dependency on the Yamuna as was the practice prior to Independence.

The problem with the Yamuna is that the river remains a drain even as it flows downstream past cities like Mathura and Agra. "It is only when the waters of the Chambal, Betwa and other rivers flow into it that it gets a lot of water," says Misra.

Professor Vikram Soni, a water activist and physicist, is sceptical about the AAP government initiative. "We are waiting for the AAP government to provide us details with their sewerage systems, but I understand that one of these systems is being set up in Kusumpur Pahari (near Vasant Vihar colony) which has a basti of 50,000 jhuggi dwellers. Bathrooms are being built for them. We need to know where all that sewage will go."

"I have been told it will flow into the quarry located in the nearby ridge," says Professor Soni, "and that will destroy the ridge which is the only lung of the city."

"At present only 30 per cent of Delhi's sewage is being treated because many of the sewage treatment plants are not functioning," says Professor Soni. "The AAP government is talking about ensuring all sewage is treated, but this will require an estimate of Rs 50,000 crore (Rs 500 billion).";

The urban development ministry and Delhi Jal Board are also executing a Rs 20 billion sewage interceptor project, which will make up for sewerage deficiency mostly in rural Delhi and unauthorised colonies.

Environmental activist Diwan Singh, who is working to revive water bodies in Dwarka, believes a key step would be to stop the unplanned expansion of the city. "The DDA (Delhi Development Authority) is going ahead with its plans to construct 25 lakh (2.5 million) flats in a residential zone located in north Delhi. This will add another one crore (10 million) people to Delhi's present 20 million population," says Singh. "It will also result in the same number of service providers building jhuggis around that area."

"When we are not able to provide sewage treatment plants for 60 per cent of our existing Delhites," adds Singh, asking, "what facilities can we hope to provide for new additions?" 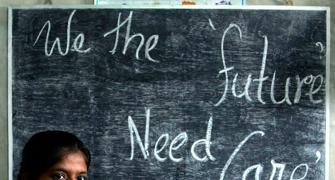 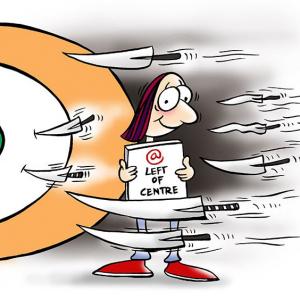 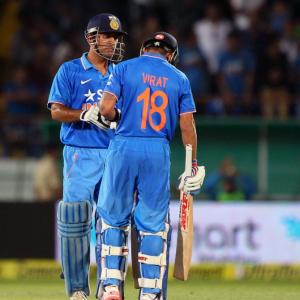