By Vicky Nanjappa
November 09, 2010 16:18 IST
Vicky Nanjappa reveals that David Headley dominated the discussions between the CIA and their Indian counterparts on Monday.

Ahead of President Obama's visit, India had raised the pitch on Lashkar-e-Tayiba operative David Coleman Headley, with some officials calling for his extradition from the United States.

The meeting discussed terrorism that emanated out of Pakistan.

Sources who participated in the meeting told Rediff.com that their American counterparts felt extradition would not be possible since Headley had entered a plea bargain in a court in Chicago.

This meant he would received a reduced prison sentence -- in his case, escape the death penalty -- and not be extradited to India.

The Americans claimed the information National Investigating Agency agents had extracted from Headley during their encounters with the Pakistani-American terrorist in Chicago was even more than what the Americans had obtained from him.

The Americans further claimed nothing new would emerge even if Headley was extradited to India.

The Indians emphasised that Headley is more important to India than he is to America since his primary objective was to facilitate the 26/11 Mumbai terror attacks.

Headley's role as a double agent working with American entities like the Drug Enforcement Agency has come under the scanner recently in newspapers like The New York Times and the Washington Post.

The Americans tried convincing the Indians that Headley had provided all the information he had about the 26/11 attacks during his interrogation with the NIA, as also what he had been planning in the future.

This is exactly the information he has given us, the Americans added.

The Indians believe the information which they have is enough to nail Pakistanis like Lashkar terrorists Zaki-ur Rehman Lakhwi and Zarar Shah, who Headley had claimed, were the masterminds behind the 26/11 attacks.

Extraditing Headley and convicting him under Indian laws, the Indians feel, would send out a strong message to Pakistan's terror machine.

They also feel Headley has concealed information which they would have extracted using Indian methods had he been extradited to this country.

The Americans assured the Indians that they would provide information if Headley revealed anything further.

The Indians feel Headley should not be a closed chapter. The more one interrogates him, the sources said, more information would be revealed. Of course, there is no gurantee that he is speaking the truth.

The Indians also discussed US claims that it had shared information about Headley with Indian intelligence agencies before the November 26, 2008 attacks.

The Washington Post reported last month that American intelligence agencies had claimed they had warned Indian agencies about an an attack launched from the sea in Mumbai, with the Taj Mahal as a target.

The Indians pointed out that the warnings were never specific.

The Americans clarified that the information available with them was not specific either and that they had shared whatever was available.

Last week, Home Secretary G K Pillai pointed out that the Americans could have alerted the Indian agencies about Headley after the 26/11 attacks when he returned to India to surveys future targets.

Pillai's contention was raised at Monday's meeting, but the Americans insisted that they had given the Indians whatever they had on David Coleman Headley. 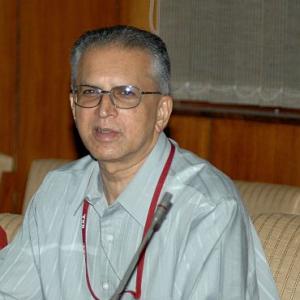 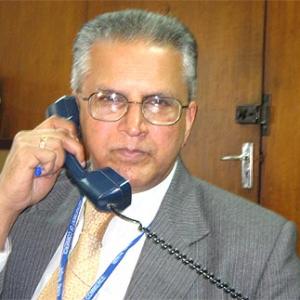