'He consulted widely, both formally and informally and acted quickly on pragmatic suggestions.'
'Parrikar took the initiative to reduce excessive litigation against armed forces veterans and widows over small sums of pensionary and disability benefits,' points out says Brigadier Gurmeet Kanwal (retd). IMAGE: Then defence minister Manohar Parrikar at the Indian Air Force base in Pathankot after the terrorist attack in January 2016. Photograph: PTI Photo

Four times chief minister of Goa, once India's defence minister Manohar Parrikar endeared himself to the rank and file with his sincerity and caring attitude and has left behind a glowing legacy.

During his two-and-a-half years as defence minister, Parrikar came across as a perceptive leader and an accomplished manager.

He gave a free hand to the army to act pro-actively on the LoC.

He got the prime minister to approve surgical strikes first across the border in Myanmar and then across the LoC into PoK -- operations that changed the paradigm.

Parrikar worked closely with the leadership of the armed forces and the bureaucracy to put the stalled process of military modernisation back on the rails.

And, as an IIT graduate, he put his skills as a technocrat and management experience to good use to review policies and procedures for the efficient functioning of the ministry of defence and the armed forces.

Under Parrikar's leadership, the Narendra Damodardas Modi government began the long process of addressing the 'critical hollowness' plaguing defence preparedness -- a term used by General V K Singh as the army chief in a letter he had written to the then prime minister.

Besides major operational voids in the war establishment of the three Services, there were large-scale deficiencies in the holding of important items of equipment, ammunition and spares that had an adverse impact on combat readiness.

According to a CAG report, the army's depots have stocks of some key varieties of ammunition - for example for some tanks and artillery guns - for barely ten days of conflict.

It has been estimated that it would cost over Rs 20,000 crore to replenish stocks and increase holdings to the required levels.

Under Parrikar's guidance, the MoD invoked the government's emergency financial powers to sign contracts with Russian manufacturers to procure ammunition and spares worth Rs 5,800 crore for the army and Rs 9,200 crore for the air force.

Similar deals were negotiated with French and Israeli companies.

Modernisation of the armed forces had been stagnating during UPA rule due to inadequacy of funds, rigid procurement procedures, frequent changes in the qualitative requirements, the black-listing of several defence manufacturers and bureaucratic red tape.

Parrikar took it as a personal challenge to give a fillip to modernisation.

He appointed a committee to review the Defence Procurement Procedure (DPP) and lost no time in studying and approving its recommendations.

Several pragmatic amendments were approved by the defence minister and DPP 2016 was issued in April 2016, including an emphasis on 'Make in India', raising of FDI in defence to 49 per cent and tweaking of the policy on offsets.

Consequently, weapons and equipment purchases worth over Rs 150,000 crore were accorded AON (acceptance of necessity) approval by the Defence Acquisition Council.

Contracts were signed for acquisitions worth approximately Rs 90,000 crore without a scam.

However, it takes three to five years before deliveries begin.

On the negative side, on Parrikar's watch, the defence budget for FY 2017-2018 dipped to 1.62 per cent of the country's GDP, the lowest level since the disastrous 1962 border war with China.

It continues to be grossly inadequate to build the defence capabilities required to meet future threats and challenges and discharge its growing responsibilities as a regional power.

A portion of the budgetary allocations on the capital account for the modernisation of the armed forces still continues to be surrendered unspent.

The 12th Defence Plan that ended on March 31, 2017 was not accorded formal approval by the Cabinet Committee on Security.

The defence minister was widely expected to initiate long-pending structural reforms to improve national security decision making and synergise combat capabilities, including the appointment of a Chief of Defence Staff and new tri-Service commands, but was unable to do so.

On other fronts, all the recommendations of the Seventh Pay Commission have still not been implemented for the armed forces.

The agitation for OROP launched by the Veterans was allowed to linger on for an embarrassingly long period of time, with many anomalies remaining unresolved.

Also, there has been no progress on the establishment of the National Defence University and the construction of a National War Memorial-cum-Military Museum has been completed only in 2019.

He consulted widely, both formally and informally and acted quickly on pragmatic suggestions.

To his credit, Parrikar took the initiative to reduce excessive litigation against armed forces veterans and widow over small sums of pensionary and disability benefits.

He took keen interest in the welfare of serving personnel and their families.

He deserves compliments for his untiring efforts to enhance India's combat capabilities.

The armed forces will remember him fondly as one of the best defence ministers. 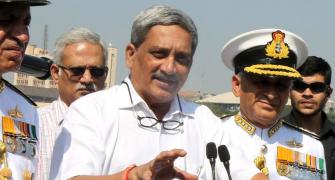 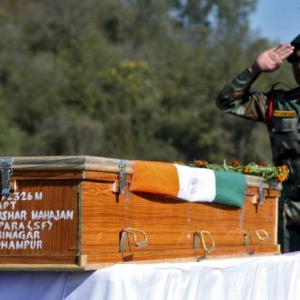 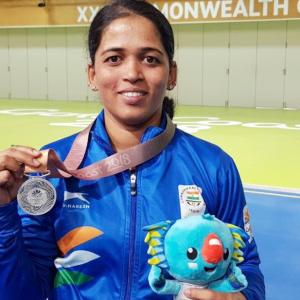