News
Business
Movies
Sports
Cricket
Get Ahead
Money Tips
Shopping
Sign in  |  Create a Rediffmail account
Rediff.com  » News » 'We will not move until the last person is taken out'

'We will not move until the last person is taken out'

'People in general have a kind of contemptuous attitude to those from Malappuram. But we have shown the entire world what dedicated and selfless work is.' 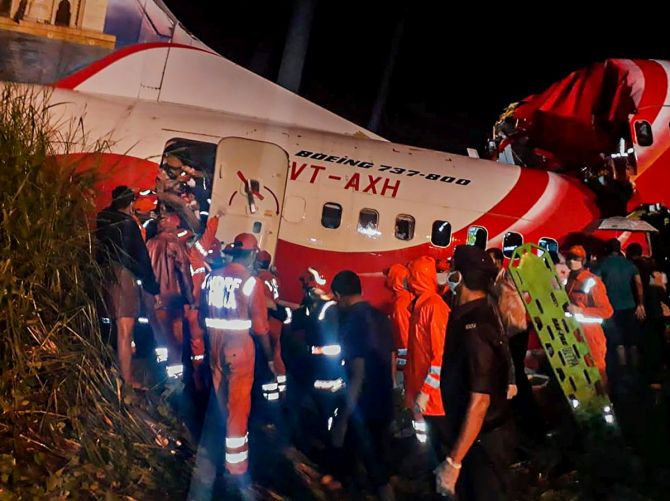 IMAGE: Rescue operations underway at the crash site of the Air India Express flight from Dubai at Karipur airport in Kozhikode on August 7, 2020. Photograph: PTI Photo

On August 7, 2020, at around 8 pm, the south-west monsoon was at its fiercest over Kerala.

That was when an Air India Express plane from Dubai with 190 passengers on board, skidded on the table top Kozhikode airport at Karipur and crashed into the valley below, snapping into two.

The moment the people of Kondotty, a small village in Malappuram, heard the loud explosion from the plane crash, they rushed to the accident site.

It was to rescue the injured from the ill-fated plane.

Air India was so touched by the exemplary and selfless work of the people that it tweeted, 'Taking a bow to HUMANITY! A standing ovation from our hearts to the PEOPLE OF MALAPPURAM, Kerala, who had showered us with kindness & humanity during the uncertain incident. We owe you a lot! We at Air India Express take a bow to the people of Malappuram who have risked their own lives to save many. WE OWE YOU!'

One rescuer who remained inside the aircraft till the last passenger was taken out of the fuselage was Faisal Kunjappu, a truck driver.

Here, Faisal, below, currently in quarantine along with others involved in the rescue operation following a couple of passengers testing positive for coronavirus, recalls what happened that horrific night.

I live just half a kilometre from Karipur airport, and because of the coronavirus pandemic I have been at home for the last four months, and not out on the highways driving the truck.

It was raining very heavily that night. Around 8 pm, we heard a huge explosion from the airport side. In fact, there were two explosions and the second one was extremely loud.

We knew then that something bad had happened because in the last 30 years we had not heard anything like that before.

Immediately I called some of my friends and rushed to the airport on my bike. By the time I reached, 5-6 people who live very close to the airport boundary were already there.

What we saw was the shocking sight of a plane down in the valley broken into two pieces.

As the gate to the airport was closed, we started banging on the door. It was only because the security personnel had the presence of mind to open the gate immediately that we could start rescuing people at the earliest.

When we rushed to the accident area, we could see many people thrown away from the plane when it broke into two pieces.

We could hear people screaming and shouting, 'Please help us'.

There was no time to think or reflect on the gruesome sight. We just started picking up people one by one, and taking them to the vehicles of the people who had assembled.

The fire-fighters had not reached by then. The injured were taken in whatever vehicles we could see there, two-wheelers, cars and even lorries, to the nearby hospitals.

We didn't have to ask for anyone to come forward with the vehicles.

The moment the injured were picked up, somebody would come forward with his vehicle.

As this was going on, I went to the tail part of the flight which stood like a pyramid with its opening facing down. I could hear children crying from inside.

I ran to the emergency exit and opened it to enter the aircraft.

The sight was heart-breaking. Because the tail part was upside down, all the seats were stacked one on top of the other.

We could see people with their bodies trapped in between the seats, with legs and hands protruding out.

And, all of them had their seat belts on.

I knew it was not going to be an easy task taking people from the tangled seats. There was no way we could drag people out.

On the other hand, rescuers could enter the front part, pick the injured one by one and transfer them to those standing down. That was not the case here.

We could enter only through the emergency exit, and there was no way we could take out the trapped passengers easily.

By then the fire-fighters, the police and the Airport Authority rescue team arrived, and they also rushed inside.

They cautioned us to be very careful while extricating people from the pile of seats.

They started cutting out one seat at a time, picking each and every one of the passengers carefully from the mess.

At the same time, those who were conscious were pleading for help, and crying in pain. 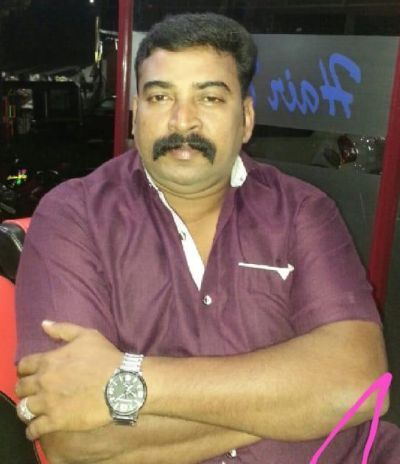 To all those begging to be rescued, we said, 'Please don't worry. There is life in us, we will rescue you. We will not move from here until the last person is taken out.'

We also told them to be patient because we could only take out one person at a time, that too after carefully taking out the seats one by one.

We found that all of them were injured below the waist as the seats were compressed.

On the other hand, those who were in the front portion of the flight had more wounds. Most of them were thrown out of the plane too.

Here, all the passengers were trapped.

It took all of us almost two-and-a-half hours for the whole process; and we took the maximum time to take out the last eight people.

The last to be rescued were a man and a woman trapped in the last seat.

The woman was almost unconscious, but the man was alive.

As we took him out, he pleaded, 'That is my wife. Please bring her too'. We assured him that she also would be rescued. But by the time we took her out, she was dead.

She was the last person taken out, and it was a dead body.

After the last person was taken to hospital, I only had one prayer in my mind: Let all of them remain alive.

Because I am a truck driver, and had witnessed many gruesome road accidents on the highways, I was not emotionally drained to see an accident of this magnitude. I didn't know whether there were passengers who were known to me.

It was only late at night that the thought of coronavirus dawned on all of us. Our area was a containment zone, and we had all assembled there without even thinking about the virus.

We had only one thought in our minds -- rescue all the people from the ill-fated plane.

None of us went home that night as we had elderly people at home.

Now, we are all in quarantine. If you come to our quarantine ward, you will see even 15 year olds here. These kids were also there helping us in the rescue work.

Nobody likes to see tragedies, but the way my people, people of this small village, Kondotty, responded to the challenge is unprecedented.

I am proud of my people. We rose to the occasion, and we did our best in such a difficult situation.

I have always noticed that people in general have a kind of contemptuous attitude to those from Malappuram.

But today we have shown the entire world what dedicated and selfless work is.

It was such a huge tragedy, but only 18 or 20 people died. That, I am sure is because of the timely and united efforts of the people of Kondotty.

SHOBHA WARRIER / Rediff.com
SHARE THIS STORY
Print this article
'Accidents were waiting to happen and it happened' Govt to rope in ex-IAF officers to probe AIE crash 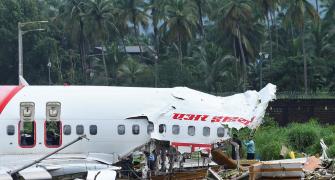 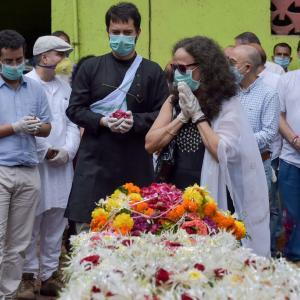 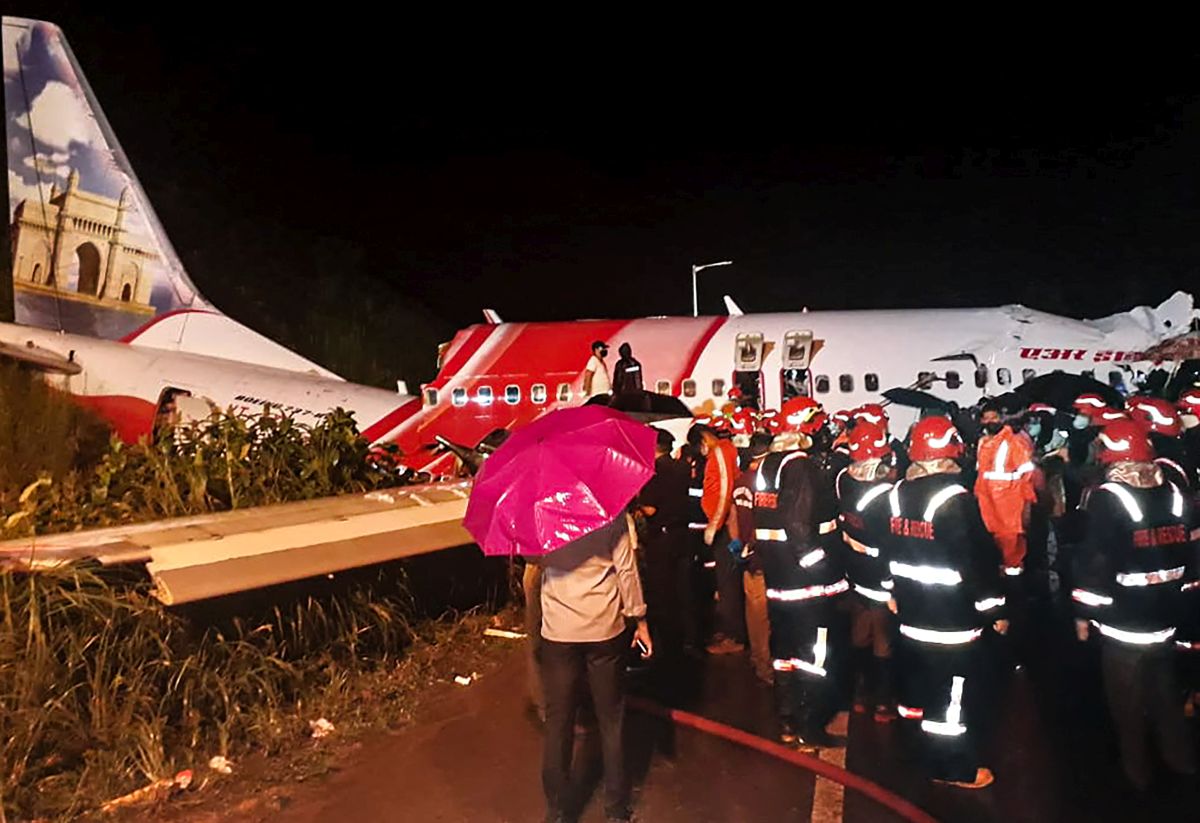