News
Business
Movies
Sports
Cricket
Get Ahead
Money Tips
Shopping
Sign in  |  Create a Rediffmail account
Rediff.com  » News » 'It does not matter to Chhath devotees that we are Muslims'

'It does not matter to Chhath devotees that we are Muslims'

These Muslim women are poor and illiterate, but with the devotion they display as they create handmade earthen stoves for Chhath, they strengthen the social fabric, reports M I Khan. 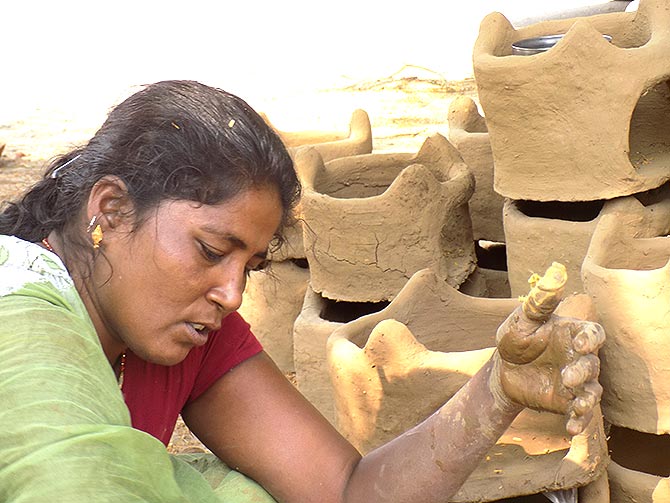 During this Hindu festival -- which is very popular in Bihar -- they earn extra money by making handmade mitti ka chulhas or earthen stoves in which the prasad, or offerings to the gods, is cooked.

Chhath, which honours the sun god, Surya, and his wife Chhathi Mata, celebrates faith, purity and devotion. Married women observe fasts during the course of the four-day festival, which begins on November 4. 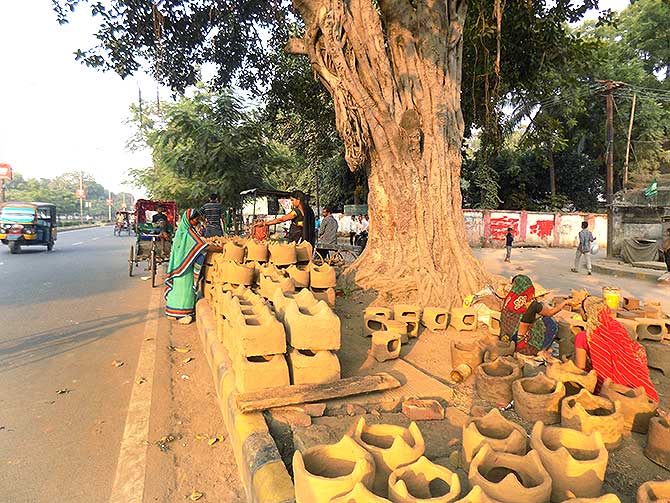 A large number of people, mostly married women, will throng the banks of rivers -- including the Ganga, Punpun, Gandak and Kosi -- and other big and small water bodies to have a bath before preparing vegetarian food on handmade earthen stoves.

Saheena, who is in her late forties, explains that, in view of purity and devotion associated with Chhath, she gives up eating garlic and onion while making the stoves and only begins work after taking a bath.

"There is no question of touching non-vegetarian food," she says.

These Muslim women are poor, illiterate and belong to the lower Muslim castes including Kunjada and Bakkho, locally known as 'Pasmanda' or Dalit Muslims.

But with the devotion they display as they create the earthen stoves for Chhath, they strengthen the social fabric. 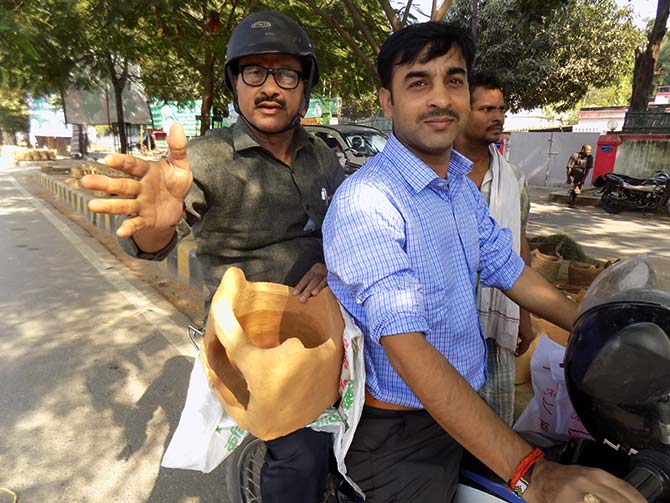 "We consider earthen chulhas pure," says Vinay Singh who has just bought a stove. "It is an age-old tradition to cook the offerings during Chhath in these chulhas. We are thankful to the Muslim women who make and sell these chulhas to us."

"Chhath devotees prefer to purchase the mitti ka chulha from us," says Mairoon Khatoon who has been selling these stoves on the busy Birchand Patel Marg in the heart of Patna since the 1990s.

"They praise our work. It does not matter to them that we are Muslims," she adds.

Meanwhile, Naseema, who is her early 30s, ignores the dust and the pollution as she helps her mother Saheena give final touches to the earthen stoves they have made in their temporary roadside stall on Patna's Serpentine Road. There are a dozen such stalls nearby, which sell chulhas.

"Competition is tough," says Naseema. "There are nearly 100 Muslim women in Patna alone who made chulhas during Chhath." And even more across the rest of Bihar. 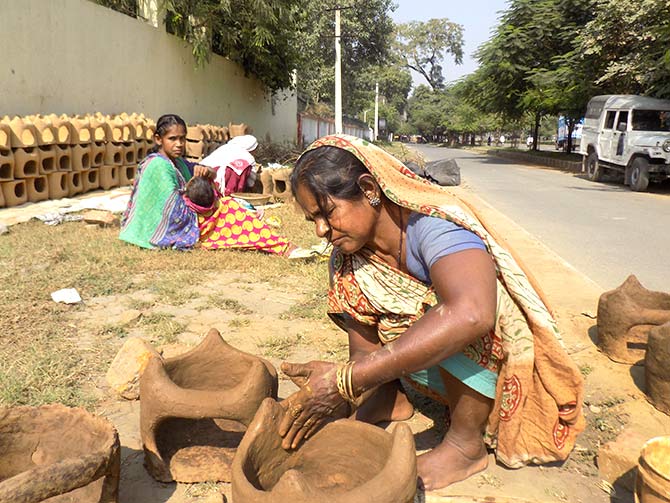 "We make substantial money as devotees don't bargain much," says Saheena who hopes to sell each of her stoves for between Rs 60 and Rs 70. She has already sold 50 mitti ka chulha to a retailer for Rs 40 each. "Mostly, I sell directly to devotees," she says.

The competition does not faze Rukhsana; she is confident about the high demand for her stoves. "We sold many of them in the last two days and hope to sell more in the next 24 hours," she says.

Like Rukhsana, there are other Muslim women living in slums behind the New Patna Club, an elite recreation centre, who eagerly wait for Chhath.

"We began making the chulhas two weeks ahead of Chhath so that we can sell them on time," she says.

Sajmun proudly declares it is her khandaani (a profession that has been in the family for generations) work to made earthen stoves during Chhath.

"My mother-in-law Nasreen Bano and I have been continuing the tradition," says Sajmun.

"We buy the clay, which is costly, from farmers in the rural areas nearby and use it to make the chulhas," says Naseema. 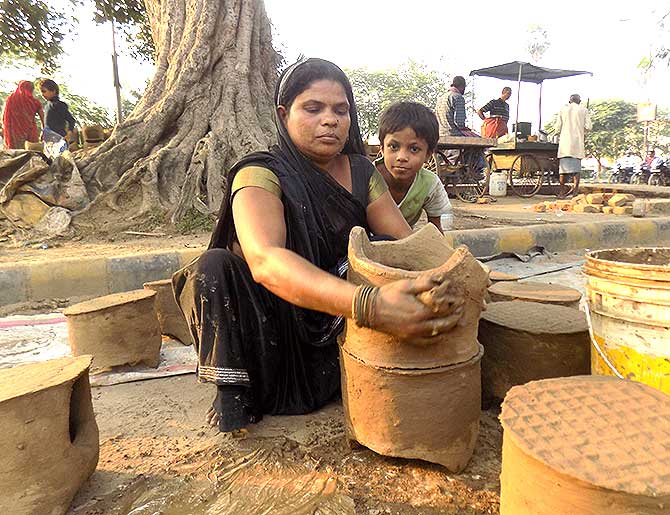 After Chhath, these women will return to walking the streets of Bihar to sell stainless steel utensils.

Chhath, interestingly, is celebrated by Muslims in several villages in Bihar.

Besides, many Muslims join Hindu volunteers to help clean the ghats, rivers, ponds and streets in preparation for this festival.

In Patna, Bhagalpur, Purnea, Gaya, Muzaffarpur, Darbhanga, Munger, Vaishali and Khagaria, dozens of Muslims clean the banks of rivers and the narrow streets in their localities.

Many even donate money to put up marquees for Hindu devotees. 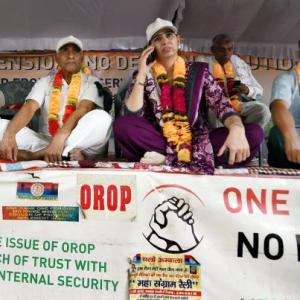