News
Business
Movies
Sports
Cricket
Get Ahead
Money Tips
Shopping
Sign in  |  Create a Rediffmail account
Rediff.com  » News » Is Pakistan's chief justice on his way out?

Is Pakistan's chief justice on his way out?

Will the charges of bribery against his son by a real estate tycoon force Pakistan Chief Justice Iftikhar Muhammad Chaudhry to step down? Amir Mir reports from Islamabad.

A virtual storm has overtaken Pakistan as a result of the tirade launched by property tycoon Malik Riaz Hussain, accusing Arsalan Iftikhar, son of the Pakistan chief justice, of blackmailing him to extract nearly Rs 3.5 crore. These charges have been followed by media reports that the Asif Ali Zardari government is contemplating filing a disqualification reference against Chief Justice Iftikhar Muhammad Chaudhry, as had been done by the Pervez Musharraf regime in 2006.

The Arsalan-Malik case, which started off on the social media and went to the Supreme Court as a suo motu case after being picked up by the mainstream print and electronic media, has now overwhelmed the political sphere and the media scene in the country.

The scam has literally become a potential time bomb which is ticking while many more details wait to be revealed.

What is apparent is that Riaz, who used to be a close friend of the chief justice until recently, has admitted that he paid Iftikhar millions of rupees in the hope that he would get some relief in his cases pending in the supreme court of Pakistan.

However, this could be a double-edged sword. While it is an incriminating statement, Riaz claims he was blackmailed and was a hostage in the hands of Iftikhar, whom he called 'the don' controlling the so-called independent judiciary.

Riaz, a real estate tycoon, used to be an ordinary clerk in the Military Engineering Service, but turned a billionaire in a span of 20 years and continues his journey of amassing wealth. He started off as a small-time contractor in the 1980s, but eventually climbed up the ladder of success and became one of the biggest business magnates of Pakistan.

All the country knows is that Riaz is the man behind Bahria Town, one of the largest private sector housing projects in Southeast Asia. In a battle that is bound to be nasty, and played out in public, the property magnate has decided to take on, not just Dr Arsalan Iftikhar, but the entire judiciary.

With a pocket-sized copy of the Holy Quran in his hand, an emotionally-charged Riaz hurled serious charges against Chaudhry and his son [at a press conference the other day] in defiance of an apex court order not to speak to the media. His charges were cloaked, yet fierce, and cast a shadow over the integrity of the top judge of the country.

He did not, however, elaborate when the purported meetings took place, the purpose of these meetings or what transpired during them. He did claim though that in some of the meetings he had with the chief justice, the incumbent registrar of the supreme court and Iftikhar were also present.

During the meeting between the premier and the chief justice at the residence of Ahmed Khalil, another sitting judge was also present, Riaz added. By now, Riaz had reached a crescendo. "I am being pushed to the wall. Civil judges are being dictated orders against me. The chief justice has asked an FIA (Federal Investigation Agency) official to implicate me in a murder case. This judiciary is being run by a don," he said.

Riaz said he knew the implications of what he was doing and was ready to go to jail or face contempt of court charges. Asked if he had the backing of the president or some other institution, Riaz said he was not speaking at the behest of anyone else.

A furious Riaz asked the chief justice to place the Holy Quran in front of himself and answer these three questions: "For how long have you [the chief justice] known the [Iftikhar issue]? Why did you not take a suo motu then? Why did you take a suo motu only when the media broke the news?" Promising to disclose more facts in 'due time', Riaz said: "I did not bribe anyone; I was being blackmailed."

"Blackmailers were sent after me. Where should I go? Why was I being pushed into a blind alley?" he said. Riaz added that a common friend went to the chief justice to tell him that his son is involved in wrongdoings, but the chief justice replied that "Malik Riaz Hussain is a blackmailer".

As a matter of fact, Riaz was compelled to spill the beans after being summoned by the supreme court which did not allow him to speak during his court appearance. According to the written statement he was allowed to submit in the supreme court, he had spent a total amount of Rs 3.42 crore on the chief justice's son. As per his statement, Arsalan Iftikhar had "promised" that he would help settle cases in his "father's court", but "did not get any relief despite the money spent."

In response to Riaz's diatribe, the chief justice has taken suo motu notice of the press conference, set up a three-member bench to charge Riaz with contempt, and called a full court meeting of the apex court on June 15.

The chief justice has also summoned Riaz on Thursday to charge him with contempt of court. As things stand, no one is in a position presently to ascertain the truth or otherwise of Riaz's charges, but the fact remains that a distinction needs to be made between what appear prima facie to be serious charges against the chief justice and his son, and wild statements that do not stand up to logic or scrutiny. The allegations levelled by Riaz, however, have dragged the Pakistani judiciary through mud.

On the other hand, a defiant Riaz has reacted sharply to the chief justice's move of charging him with the contempt of court, saying he does not accept the supreme court as he does not expect justice from the sitting judges of the superior judiciary.

"This court is being controlled by a don -- Iftikhar -- and the entire court is under his influence," Riaz said in an interview. "Iftikhar has influence on his father and other judges. He is the don of the entire judiciary".

Asked if he had burnt his boats by going public against the chief justice, Riaz said he had become desperate and had been pushed to the wall. "Why will anyone commit suicide until absolutely desperate?"

Amidst all these developments, the Pakistani media has reported on Thursday that the government is consulting its legal aides to file a disqualification reference against the chief justice in a bid to remove him on corruption charges.

At the same time, Pakistan's leading English newspaper Dawn has stated in an editorial that whatever the chief justice and the apex court do in their defence and in defence of the respect and dignity of the superior judiciary, the taint of accusation will be difficult to jettison or wash clean. 'Therefore, it would be in the interests of justice, the respect and dignity of the judiciary, and the country if the chief justice were to contemplate stepping aside or at the very least going on leave until the whole matter is cleared up following a probe.' 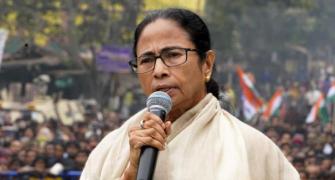 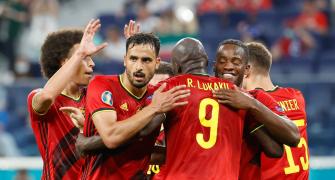