Irom Sharmila, the woman who was on hunger-strike for 16 years, recently became a mother of twin girls.
Archana Masih/Rediff.com remembers a quiet afternoon spent with her recently. 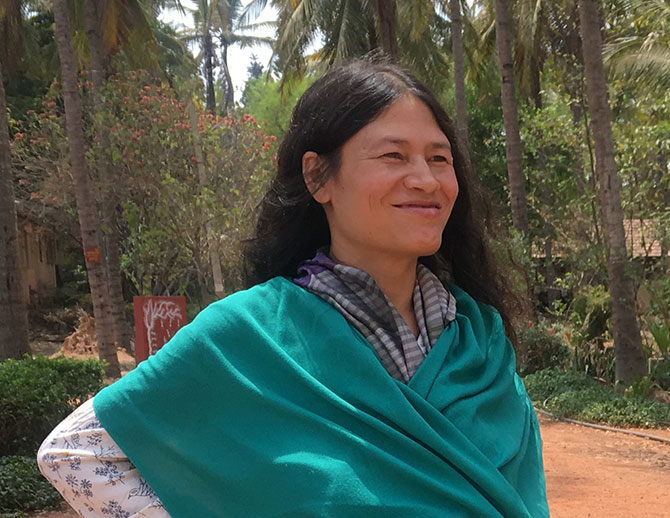 For a remarkable woman who was on a hunger strike and force-fed through a nasal pipe for 16 years, it is a joy to see Irom Sharmila serve rice, sambhar, sabzi, salad, papad in her plate and sit down to eat.

"I am vegan. There is no particular food that I like. I just like simple food," says Sharmila, whose protest against the stringent colonial-era Armed Forces Special Powers Act remains unparalleled and unprecedented.

AFSPA is imposed in disturbed areas and gives sweeping powers to the armed forces to make arrests and conduct searches without warrant.

After being fed through a pipe running from the nose to her stomach thrice a day in a hospital ward, where she was under arrest, Sharmila eats frugally, and silently.

After the meal, she washes her plate, as her husband, a British national of Indian origin, Desmond Coutinho finishes his lunch.

"We are very different. I am vegan and he loves chicken, ice cream, chocolates," she says with a gentle laugh. IMAGE: Sharmila ended her hunger strike -- a protest against the imposition of AFSPA -- after 16 years in 2016. She serves herself a simple south Indian meal.

The couple had walked from their flat to a quiet, leafy, retreat called Visthar across the narrow road for lunch. Birds chirp and the abundance of trees makes the campus invitingly cool on a scorching hot afternoon on the outskirts of Bengaluru.

"I like the sound of birds. The calmness of the environment here," says Sharmila, speaking slowly, softly and with long pauses. She wears the traditional Manipuri wrap-around skirt, her face cradled in the familiar riot of curly hair.

She is petite and delicate, but is a crucible of Herculean strength which made her a powerful symbol of resistance. After ending her hunger strike against the wishes of her family and villagers, she contested the Manipur assembly election and lost miserably.

She left Manipur with Desmond, the man she had given her heart to in captivity over letters and books.

"I first came to know of her when I read an excerpt of her biography in a newspaper supplement in Bengaluru," says Desmond. He sent her letters and books every week -- Sharmila particularly liked Anne Frank's biography.

“I kept the letters he wrote to me in plastic bags in my sister’s house.” With husband Desmond Countinho. The couple found love in each other through letters and books.

The couple moved far away from her home in Manipur in the north east to the hill station of Kodaikanal in the south. They wed in 2017. No family was in attendance.

"Kodai was hilly. Things were expensive there compared to Bangalore. The journey to the airport took three hours. It was colder, always misty. But really beautiful," says Sharmila.

During this time, she has been invited to universities in Delhi, West Bengal, Odisha, Tamil Nadu, Kerala to deliver lectures.

"I tell young people about the brutality of AFSPA and how shameful it is to have such a draconian law initiated by British colonisers imitated by a democratic country."

"Instead of eradication of insurgency, movements for separation have increased after the imposition of AFSPA." 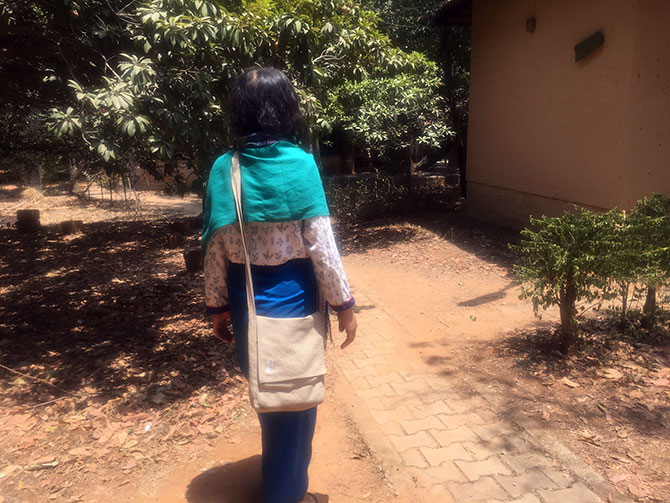 IMAGE: Sharmila spends time reading and wants to work at an orphanage in Kashmir.

Manipur has been under AFSPA for 61 years.

For 16 of those years, Irom Sharmila struggled for its abolition. She started the hunger strike at 28; when she ended it, she was 44.

Since her departure, she has not returned to Manipur.

"I just want to erase that kind of attachment from my mind. People of Manipur were disappointed with me that I gave up the fast," she says with a far away look.

"I don't feel any remorse or repentance. I feel it is a course of life. I still want to achieve that unfulfilled goal." 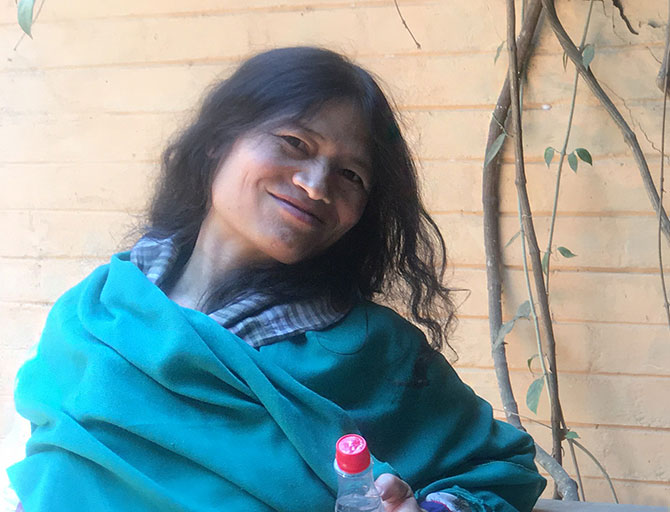 IMAGE: She delivered twins last month and named them Sakhi and Tara.

Last year, Sharmila and Desmond moved from Kodaikanal to Bengaluru for better medical care after she became pregnant with twins.

On Mother's Day, May 13, she gave birth to twin girls.

When we had met a month before the delivery, the couple wanted to go and work in a peace centre orphanage in Kashmir once the babies were fit to travel.

"The suffering of people in J&K is much bigger than Manipur," says Sharmila.

"If God wills, I will travel to unknown places, connecting with strangers and spreading my ideas on democracy and talking about the present hollowness of the system." 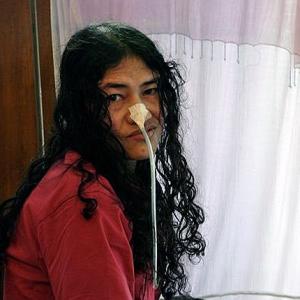 I am just a simple woman who follows Gandhiji: Sharmila