'The darkest days of Indian democracy were (during) the Emergency when basic democratic rights were suspended. For a time it seemed as though India would move along the East Asian model -- everybody works hard, nobody asks questions, certainly not of the government.'

'There are people who say we are headed that way, but I am not persuaded by the evidence,' Mahesh Rangarajan, who recently resigned as director of the Nehru Memorial Museum and Library in New Delhi, tells Kanika Dutta. 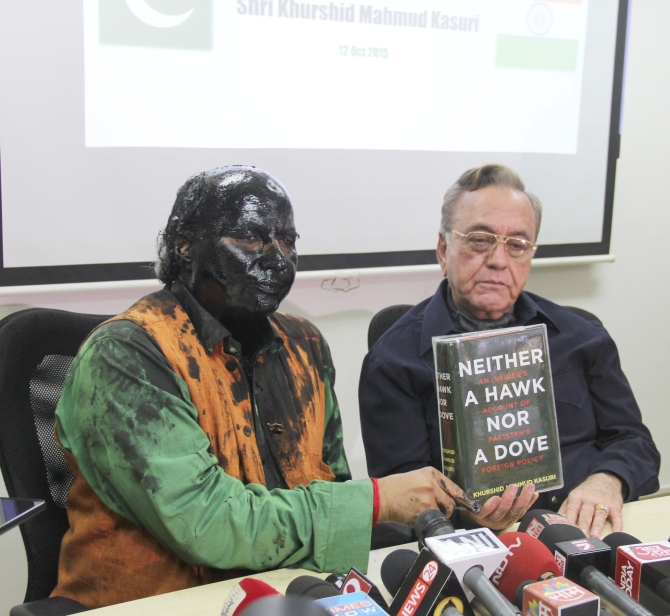 Mahesh Rangarajan is both infuriating and deeply interesting to interview. He agreed on the express understanding that we would not discuss his four-year stint at the Nehru Memorial Museum and Library, NMML, during which he transformed a soporific institution into a widely reputed haven of scholarly research and learning.

It is about a month since he has made his dignified suo motu exit as director, another victim of this regime's determination to impose itself on India's intellectual and cultural milieu. The unseemly controversy that led to his resignation prompted an open letter of protest from over 300 global and Indian academics.

The annoying thing (for me) is that Rangarajan, 51, has briefly been a journalist so he is able to spot my snarky attempts to circumvent our bargain -- even when I assure him most earnestly that the recorder is switched off.

Luckily, there's much more to this environmental historian to make for absorbing discussion than the NMML debacle. His specialisation puts him in a unique position to judge the industry-ecology conflicts that are roiling the public discourse, issues he tackles with simple erudition in a raft of books and essays.

We're at Yellow Brick Road, the cheerful coffee shop in the Ambassador, now a Vivanta by Taj property, in central Delhi. I remember it for decent food and consistently inefficient service. This time the experience is reversed, at least for me.

The bread basket arrives as I ask him why he chose environmental history considering he, a Rhodes Scholar from Oxford (Balliol and Nuffield), could have done his doctoral thesis in trade or subaltern studies or any of the subjects in vogue then, especially when his supervisor was Tapan Raychaudhuri, the noted historian of Indian economic history.

It was, he explains, partly the product of working in the late 1970s with Dunu Roy -- "a very unusual man from IIT Bombay." Now director of the Delhi-based Hazards Centre, Roy had set up the Vidushak (or Jesters) Karkhana in Shahdol, Madhya Pradesh.

Part of its work involved conducting surveys of safety in caustic soda plants or coal mines, pollution in paper mills, and so on.

"Roy was very good at getting us to draw on our own discipline to learn about the subject even while doing the survey. He would put together people from different disciplines -- you could have a vet, a Sanskrit scholar, a history student, an economist -- and that experience made me think it a good idea to explore this issue."

The other influence was his days, now long past, as a student activist in Delhi, where he was born and bred. He was involved in the campaign to save the Ridge from the developer's axe and earlier, to conserve the Great Indian Bustard. He recalls the courtesy with which the government treated these peaceful protests.

For instance, on December 31, 1978, there was a huge demonstration by volunteers and students of wildlife NGO World Wildlife Fund against permission granted to a Saudi prince to shoot the bustard, and Rangarajan was one of five campaigners who were allowed to meet Atal Bihari Vajpayee, then foreign minister, for about 10 minutes.

"Vajpayee was extremely courteous, sized us up in five minutes and said they were going to ban the hunt from next year. A senior conservationist pointed out that the next year began in a day! In any case, the eventual ban didn't happen because of us, but a protest by the Bishnoi community. The Saudis then shifted their base to Pakistan where the bustard has been exterminated because of falconry -- now they have to breed bustards, release them and then hunt them."

The publication of Ramachandra Guha's book on the famous Chipko movement, The Unquiet Woods, in 1989 also encouraged Rangarajan to integrate the historian's discipline with his interest in conservation.

Before that, his decision to do a second BA, this time at Balliol (the first was from Hindu College) stirred his interest via a college supervisor, Maurice Keen, professor of medieval history and "one of the very few historians to be mentioned in a Frederick Forsyth novel as himself" (it's The Negotiator, which I decide to read forthwith). "Keen's first notable work was Outlaws of Medieval Legend, which included Robin Hood, and he was very keen on forest law and rights so he encouraged me to study the subject."

"As for Tapanbabu, he was a remarkable supervisor for a different reason. He grew up in East Bengal and he would tell me, 'Your generation does not understand that for us, the forest was a scary place -- it had ghosts and tigers -- and the glory of the British was that they cleared the forest and finished all these tigers. So you are studying the history of what we celebrated as progress'."

The food is served as we discuss conservation and the current attempts at diluting the Forest Rights Act and environmental norms. The rich mushroom jus proves a good foil for the chops, which are overdone and dry.

Rangarajan explains how thinking is moving towards solutions that seek a balance between communities and markets, the theme of the book Nature Without Borders, which he co-edited last year.

"We argued that since nature does not stay within borders, why not think of how to cohabit by interlacing the presence of nature in terms of systems of renewal with continuing human activity," he says, adding when he sees my puzzlement, "It's complicated but not impossible."

Recalling that he headed the Elephant Task Force, I ask him how this would apply to elephant migration, for instance.

"Our report suggested a three-way track. India has 25,000 to 30,000 elephants -- more than anywhere in the world -- in just 110,000 sq km. A fraction of that is protected area, so there are a large number of elephants living beyond the protected areas already. Now, the number of people killed by elephants every year is about 400, but the number of elephants killed by people is about 100. Not all elephants are killed for their tusks -- about 60 per cent are killed because they destroy crops. We argue that they are victims of victims -- a politically loaded way of putting it."

"So we suggested having no-go areas, slow-go areas -- where you allow development, but plan it to minimise the consequences -- and let-go, or areas that you give up altogether. All of nature can't be protected but we have the science and a mix of incentives and disincentives so that natural systems and human beings can cohabit."

It's the same thing when it comes to the FRA and environmental laws. "You can't have industry coming in everywhere and you can't have the forests as they were in 1970. The key thing is how decisions get made -- this is the Yin and Yang of the democratic system."

From the late 19th century onwards, he explains as I manfully saw at a chop, land rights shifted progressively upwards from the person on the ground. Now the FRA gives some recognition to the former. "But the business of allocating land for industry is an add-on. It wasn't in the original Act because neither the proponents nor the opponents thought about this!"

So what keeps him awake at night as an environmentalist? "I sleep very soundly! I would worry if we lost the ability to think critically. We have a rich past and a very long human presence -- I live in a city that is 1,000 years old and the hydrology, the environment, it all still functions. Will it continue to do so? I am concerned, but not panicked."

Rangarajan is a rare guest, who manages to converse without neglecting his meal, and I realise that we're almost at the end of it without having discussed the other Big Issue: The state of academics and the growing spirit of intolerance. He does not take the bait. "It's part of democracy," he says equably pointing to the Church versus State arguments in France over 100 years ago and the current Evolution versus Creationism debates in the US.

"Look, the darkest days of Indian democracy were (during) the Emergency when basic democratic rights were suspended. For a time it seemed as though India would move along the East Asian model -- everybody works hard, nobody asks questions, certainly not of the government. There are people who say we are headed that way, but I am not persuaded by the evidence. At the same time there is a reason Mahatma Gandhi and others in the freedom movement laid so much emphasis on the significance of the means to get to an end. We have to revisit that everywhere."

We decline dessert for coffee and chat a bit about his post-NMML days. He has been a guest lecturer at the National Centre for Biological Sciences but is mostly enjoying a break after 20-odd years. On what he will be doing next, he's unwilling to reveal but assures me that "Whatever I do, I will be teaching, researching and writing -- that will never change." 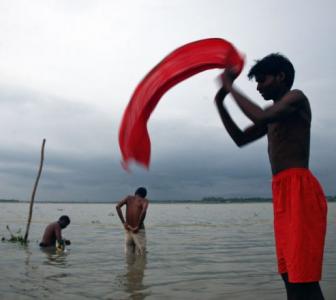 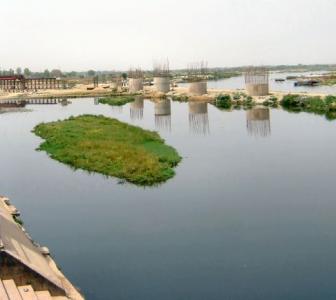