News
Business
Movies
Sports
Cricket
Get Ahead
Money Tips
Shopping
Sign in  |  Create a Rediffmail account
Rediff.com  » News » India will only talk to Pak about PoK, not about J&K

If and when India and Pakistan bilateral talks take place any issues concerning Jammu and Kashmir will not be on the table.
Any future talks with Pakistan will be only about PoK.
Sheela Bhatt reports from New Delhi. 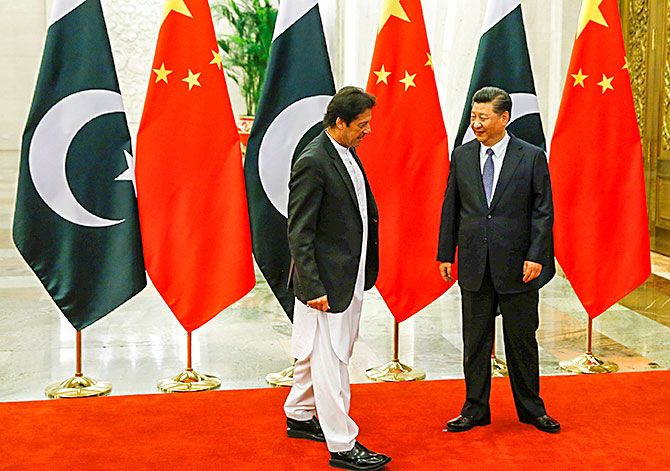 The Modi government is shaping its policy over the China-Pakistan Economic Corridor by raising rhetoric over Pakistan occupied Kashmir.

Foreign Minister Dr Subrahmanyam Jaishankar's statement on Tuesday, September 17, at his first press conference after he turned politician, over PoK is part of the calibration of India's more nuanced position post the dilution of Article 370 over proposed infrastructure projects in PoK under the CPEC banner.

'Our position on PoK has always been and will always be very clear. PoK is part of India and we expect one day that we will have the physical jurisdiction over it,' Dr Jaishankar declared at his press conference.

This rhetoric is multi-layered.

After Defence Minister Rajnath Singh and Home Minister Amit A Shah's statement on PoK, one coming from someone with four decades of diplomatic experience signifies there is a fundamental change in India's ongoing diplomacy on the Kashmir issue with Pakistan and it will have an effect on India's ongoing stand over China's ambitious Belt and Road Initiative.

After the August 5 decision to nullify terms of Article 370, it is clear that India's previous stand on the Kashmir issue, particularly during the United Progressive Alliance's 10 year rule, has fundamentally changed.

"All these years India was saying Jammu and Kashmir is an integral part of India. We will have bilateral talks with Pakistan on many issues including Kashmir and terrorism. India's stand was, 'Chalo, baat karte hai (Okay, let's talk)'," a senior leader privy to the foreign policy changes told Rediff.com.

"Now, India doesn't think the Indian state of Jammu and Kashmir is a subject for talks with Pakistan. Jo mera tha, mera hai, mera hi rahega (what was mine, is mine and will remain mine). We shall not talk about it."

If uncertainties increase in PoK, then India has to talk about it, the leader said, adding that India can no longer be defensive.

Parliament's 1994 resolution, which claims all of Jammu and Kashmir including PoK as an integral part of India, has shown the framework for talks, the leader explained.

The new trajectory of talks will carry on from the 1994 resolution passed unanimously by Parliament when P V Narasimha Rao was India's prime minister.

In other words, any future talks with Pakistan will be only about PoK, tactically or otherwise.

This is the Bharatiya Janata Party line and the Narendra D Modi government is calibrating it.

Since 2017, India has emphatically maintained that China's Belt and Road Initiative project undermines India's sovereignty in the form of the CPEC which runs through the disputed territory of Pakistan occupied Kashmir. India's strategic concerns are hard to ignore for any government in New Delhi.

In 2017, India had declined to join the first Belt and Road Forum meet. the ministry of external affairs's strong statement then had given a glimpse of Prime Minister Modi's thinking over the status of PoK.

That statement is worth revisiting after dilution of Article 370. In its May 2017 statement, India asserted, 'Regarding the so-called 'China-Pakistan Economic Corridor', which is being projected as the flagship project of the BRI/OBOR, the international community is well aware of India's position. No country can accept a project that ignores its core concerns on sovereignty and territorial integrity.'

PoK was top of the Indian government's mind when India rejected Beijing's invite to attend the Belt and Road Forum meet.

The government's August 5 move regarding Article 370 is set to culminate in new terms and terminology for future talks with Pakistan.

The Indian stand will be that if and when India and Pakistan's bilateral talks take place any issues concerning Jammu and Kashmir will not be on the table.

The talks, tactically or otherwise, will only be on PoK.

Soon after Dr Jaishankar's mention of 'physical jurisdiction of PoK', Jammu and Kashmir Governor Satpal Malik's pacifist statement that one day Kashmiris of PoK will themselves demand to join Jammu and Kashmir is seen as fine-tuning of the issue in the light of Modi's visit to America. 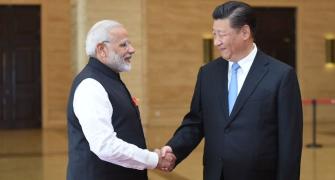