News
Business
Movies
Sports
Cricket
Get Ahead
Money Tips
Shopping
Sign in  |  Create a Rediffmail account
Rediff.com  » News » Hoisting the Indian flag where no one else has

I can never forget the day when in a remote corner of the planet that mariners call the Horn, or the Everest of the Seas, I hoisted the Indian flag on my boat and gave a salute to our tricolour. It was the proudest moment of my life, says Indian Navy Lieutenant Commander Abhilash Tomy, the first Indian and second Asian to solo circumnavigate the globe on a sailboat -- nonstop and unassisted. 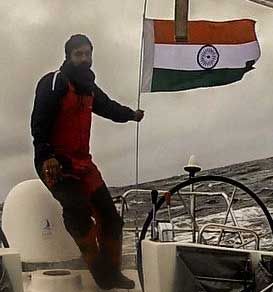 ‘Indians are a very adaptive and brave people who cannot only live but also thrive in the severest of conditions anywhere on the planet. This is what makes us unique in every way,’ says the Naval officer recently awarded with the Kirti Chakra, India’s second highest peacetime gallantry award. He spoke to Manu Shankar for our special series where well-known Indians tell Rediff.com why they love India.

My dream for India would be to see a clean land, her people prosperous, without poverty or hunger.

The fact that we are such an old civilisation with a vibrant culture, with a philosophy that has no parallel anywhere else in the world, the tremendous diversity that one gets to see in everyday life and the fact that all this diversity is allowed to coexist peacefully.

I am truly amazed at the fertility of the land in terms of produce, thoughts, ideas, arts, philosophies and just about all things that define a great civilisation -- and the fact that it has been nurtured for ages almost at an uninterrupted pace.

Ask any Indian and they will tell you that the sight of our national flag fluttering high in the air surely gives them goose-bumps.

I can never forget the day when in the middle of nowhere I hoisted the Indian flag on my boat and gave a salute to our Indian national flag -- well, it has to be the proudest moment of my life.

I had to take a lot of risks, sail fast and cut down on almost five days of sailing time to be at that remote corner of the planet that mariners simply call the Horn, or the Everest of the Seas, on India's Republic Day.

I can still clearly remember that it had been a bleak day with 30 knot winds, rough seas and an overcast grey sky with terrible visibility and the constant threat of running into icebergs.

In the middle of the Sea of Hoces which joins the South Pacific to the South Atlantic, it was a delightful experience to see the tricolour flutter so merrily.

I was reminded of the words from the national anthem – “Utcchal Jaladhi Taranga” – chanted by the waves of the sea.

I have travelled quite a bit -- at times even to the remotest corners of the planet, but I am yet to see any other place on earth that has so much diversity coexisting peacefully at one place.

I say this from my personal experience, because having lived in Mumbai, Goa, Visakhapatnam, Kerala and Port Blair, it’s safe to say that the very fact that we are a very adaptive and brave people who cannot only live but also thrive in the severest of conditions anywhere on the planet, is what makes us unique in every way.

One of the stand-out qualities in “us” Indians would be the idea of tolerance and acceptance of contradictory views that is inbuilt into the people of the country.

As best-described, India gives its people freedom. And I would want India to become a land where everyone has all the opportunities to pursue their ambitions and dreams.

A country that’s truly by the people, for the people and of the people!

A special video of the national anthem featuring him saluting the national flag on the high seas was played in movie halls and on television in the run-up to Independence Day this year.

The Complete Series: Why I love India 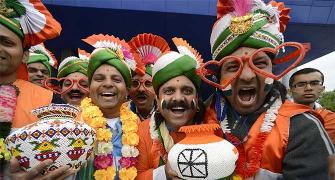 'No athlete can underestimate the prayers of a billion people' 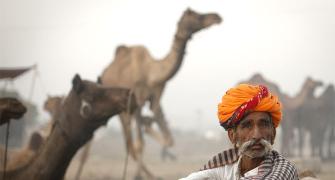 'The most lovable attribute of India is our resilience' 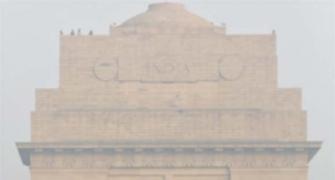 Ajay Devgn: Today's youth is aggressive because it's concerned about India 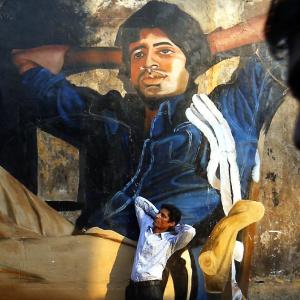 'The story of India is an incredible story' 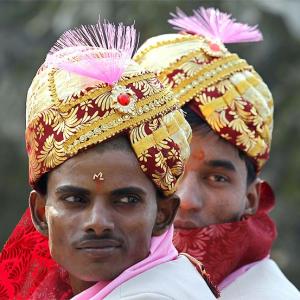