News
Business
Movies
Sports
Cricket
Get Ahead
Money Tips
Shopping
Sign in  |  Create a Rediffmail account
Rediff.com  » News » How to DEFEAT the NEXT Pandemic

How to DEFEAT the NEXT Pandemic

Illustrious international thinkers met at the Milken Institute Global Conference 2021 to address the impact of the COVID-19 pandemic on the world at large and the accompanying economic challenges.
Roopa Unnikrishnan, who attended the conference, summarises the lessons learnt for Rediff.com. After a fully virtual version in 2020 because of the pandemic, the Milken Institute Global Conference, first held in 1998, was back in Los Angeles.

One the world's top 10 annual conferences, the Milken conference has been a forum focused on economic and social issues, and is known for gathering an illustrious set of speakers drawn from business, finance, government, education, science, popular media and sports.

Always responsive to immediate as well as long-term issues, this year's theme was around Charting a New Course.

The speakers were invited to reflect on the the impact of social crisis, economic dislocation, and the global pandemic -- focusing on how the disruptions of the recent past can be reframed for a thriving future.

Two rich panels addressed the impact of the COVID-19 pandemic and its accompanying economic challenges that have been felt around the world.

The kickoff panel was moderated by the chairman of the Milken institute himself, Michael Milken, now seen as a global philanthropist, putting behind his past missteps in the junk-bond era, resulting in a securities fraud conviction. 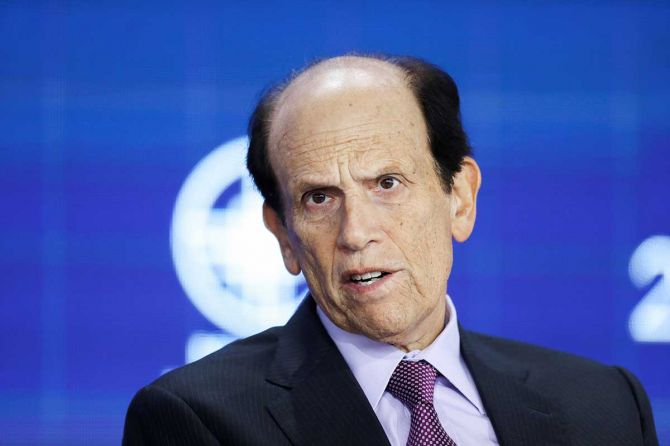 Insight 1: We stand on the shoulders of giants including the technical leaps made during the first SARS and MERS pandemics

Milken was joined by Mark McClellan, the former commissioner of the US Food and Drug Administration from 2002 to 2004, when the world was dealing with the first SARS (caused by the virus SARS-CoV) and the US with the anthrax attacks.

He pointed out that there was significant biomedical innovation capacity in the US then, but now the US had synthetic development capabilities that built on that early success.

McClellan recognised the impressive speed with which the SARS-CoV-2 virus detection test was made available within weeks, with a collaboration between global teams, like between Singapore and Duke University in the US, and how the vaccine was developed in months.

What hasn't changed, in McClellan's mind, was the capacity to take that technical capability and turn it into equitable distribution of solutions globally.

He was concerned about American president Joe Biden's commitment, with his global partners, to getting 40 per cent of the globe vaccinated by the end of 2021, especially since areas like Sub-Saharan Africa were lagging behind drastically. 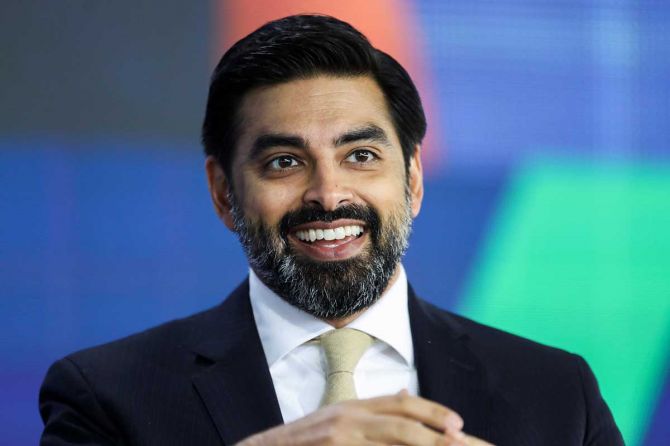 IMAGE: Anil Soni, CEO, WHO Foundation, had much to say about vaccine distribution. Photograph: David Swanson/Reuters

Anil Soni, CEO, World Health Organisation Foundation, talked about how the current infrastructure only allowed for 20 per cent of the world's population to be fully vaccinated.

He explained: 'We have got a the train on the tracks. We are not moving fast enough given what's at stake. We have got to lay down the the tracks faster'.

Soni stated that if one took a look at low-income countries, the rate of vaccinations was at just 2.7 per cent (and 70 per cent of the vaccines have gone to just 10 countries). In his words, 'That is epidemiologically self-defeating because the more virus is circulating the more opportunity there are for varian. And it is economically self-defeating', since given the reach of global business and supply chains, one fragile set of countries can impact the rest of the chain or globe.

He shared that 11 vaccine manufacturers around the world were approved, and a large amount of the product already existed. The issue was that it wa not being delivered effectively.

Soni also talked about the inequity in testing and treatment --- two dozen countries had severe shortages of medical oxygen. And less than 1 per cent of the 3.5 billion tests produced to date were in low-income countries.

Recovery had begun, but, to date, those efforts had produced asymmetrical results. 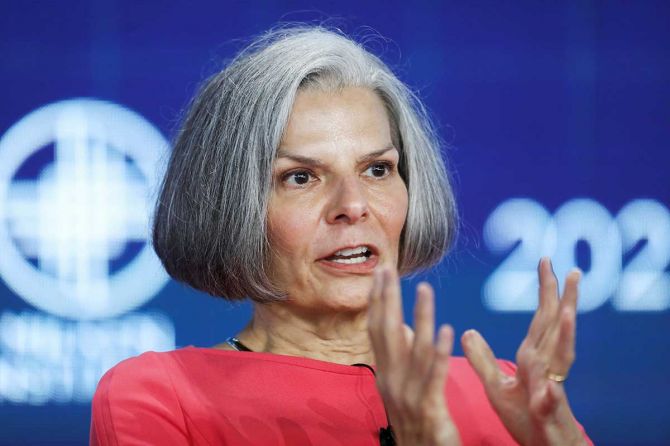 Insight 3: The role of businesses to ensure bio-security

Milken reminded the audience that everyone, across the world, was living in an unprecedented time because prior to 1900, archeological research had suggested that four million years saw only a 11-year improvement in life expectancy from 20 years to 31 years of average life.

But from 1900 to till the present day, he said, the world had seen a whopping 42-year improvement in life expectancy.

He noted the terrific speed of scientific research that saw Moderna take the virus's DNA sequence and in 63 days was testing a vaccine on humans.

Milken asked Julie Gerberding, chief patient officer at pharmaceutical giant Merck, what was most on her mind these days.

Her answer was 'bio-security' and the impact of the lack of true security around research. She spoke about public health efforts around maintaining health security and galvanising the appropriate responses so society can take appropriate steps to keep the world well.

A lot of this was in the hands of healthcare research companies and hospital networks, felt Gerberding, and her perspective was that businesses needed to keep the human impact of their work central to their charters. 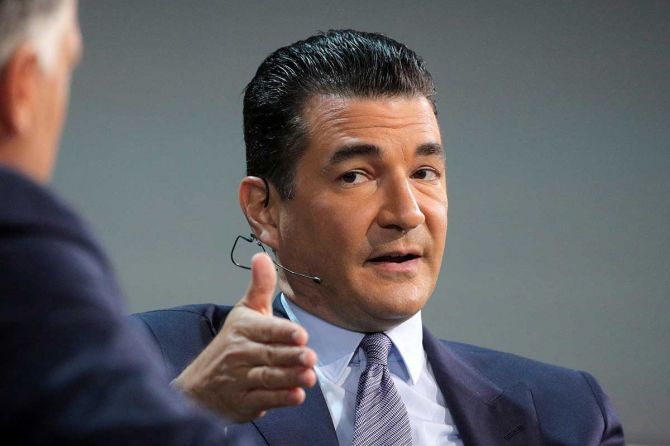 IMAGE: Dr Scott Gottlieb, former commissioner, US Food and Drug Administration flagged the importance of preparedness for the next pandemic. Photograph: Brendan McDermid/Reuters

Insight 4: Western democracies too will need to work on their institutions and cultures to ensure preparedness

Appropriately, the conference ended with a conversation with former FDA commissioner, Scott Gottlieb on how to defeat the NEXT pandemic.

In his role at the frontline of the COVID-19 crisis in the US, his greatest lesson was a profound organisational insight: Why was the Centres for Disease Control and Prevention, a deeply scientific, reflective organisation, asked to act as a first responder.

Gottlieb said that what the US had needed was a combo of the Federal Emergency Management Agency plus the CDC to have taken charge of the frightening pandemic situation.

Incidentally, FEMA was created, to address catastrophic events, in 1979, by then US president Jimmy Carter in a bid to centralise all federal emergency functions.

What a previously never-seen disaster like COVID-19 had required was added capabilities.

Other missteps included, according to Gottlieb, the lack of a simple, cheap test early in the process and the fact that, at the outset, it was not clear that asymptomatic community transmission was possible.

The prevailing theory then was that COVID-19 was touch-related and spread via fomites (inanimate objects that can carry and spread disease and infectious agents), which resulted in mask-related cynicism and rhetoric.

It was all exacerbated by the US being a Western democracy -- not being able to get the strict regimens in place like China did or the disciplined buy-in from the public like it happened in Korea.

More egregiously, political stakeholders acted as if the early spread, and deaths, was inevitable and acted accordingly, rather than trying hard to preserve lives.

Gottleib fully believed that a few earlier actions could have limited the severity of the pandemic, and hoped the world would learn from its mistakes once 'we are out of the fog of viral war'.

Here's hoping that we can honestly extract insights and apolitically act on them when the next crisis emerges. 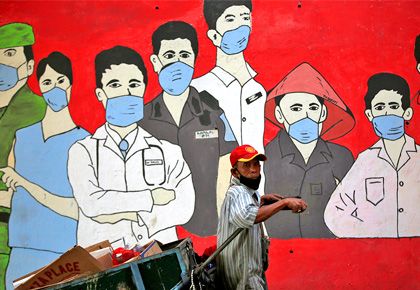 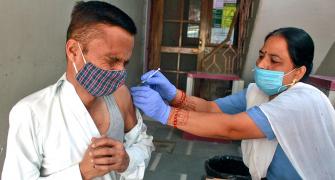 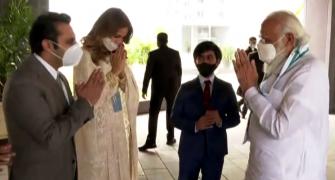 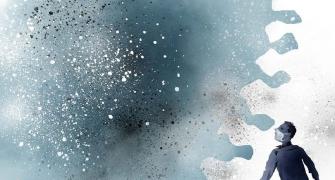 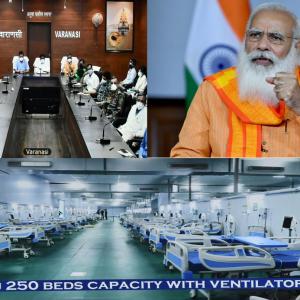 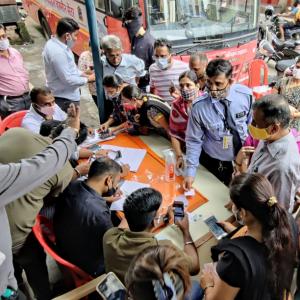