News
Business
Movies
Sports
Cricket
Get Ahead
Money Tips
Shopping
Sign in  |  Create a Rediffmail account
Rediff.com  » News » How India can get ahead in the space race

Chandrayaan-3's success is a must for India's space ambitions; we can't afford to lose out.
And for realising our space dreams, the Indian private sector must be encouraged because if we lose this race, the moon, Mars, and mineral-rich asteroids will already be crowded before we reach there.
Kumar Abishek reports. 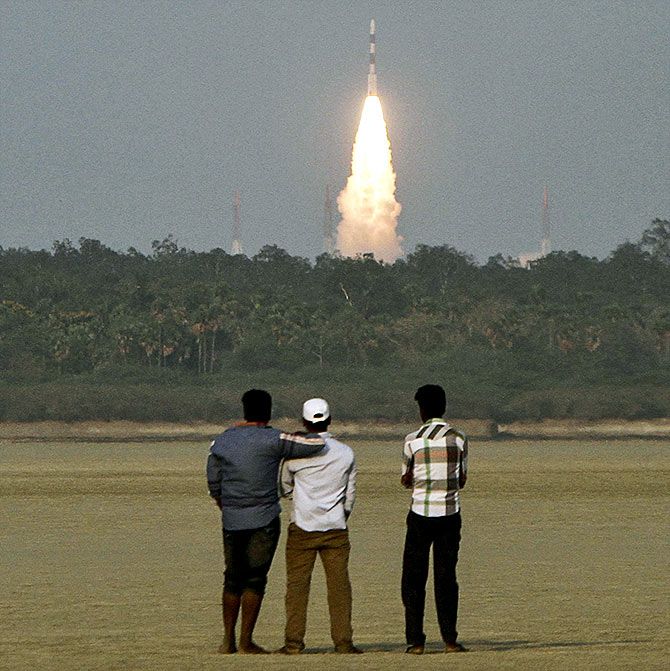 In the 1400s, China used to own the biggest seafaring fleet in the world -- it was called the 'Treasure Fleet', with some ships as big as 127 metres long.

In comparison, the La Santa María was only 49 metres long.

There was another key difference -- while the Chinese fleet was government-owned, the small Santa María was a private explorer's flagship; his name was Christopher Columbus.

China appeared all set to circumnavigate the globe, but instead, the Ming dynasty retracted into itself and burnt down the Treasure Fleet, apparently in a bid to control foreign trade or for other internal reasons.

On the other hand, Columbus and many enterprising individuals like him opened the New and the Old World for conquest and permanent European colonisation.

Cut to the modern era.

While space exploration is being largely led by government bodies, it appears private companies will guide its next phase -- space travel -- in the lure of extra-terrestrial real estate and resources.

And as of now, India is too far behind in this space race.

With the advent of the new decade, the Indian Space Research Organisation announced that it has shortlisted four Indian Air Force pilots as astronauts for the indigenous Gaganyaan mission in 2021 -- 60 years after Soviet cosmonaut Yuri Gagarin in 1961 became the first human to journey into outer space. It not only faces stiff competition from China, the US, Japan and even the tiny nation of Luxembourg, but also and especially from private players like Elon Musk's SpaceX, Jeff Bezos's Blue Origin, and Richard Branson's Virgin Galactic.

Actually, we need our own SpaceX, if we don't want to keep playing catch-up.

SpaceX has set an aspirational goal to land humans on the red planet by 2024, and it is taking big and quick steps towards space travel, so keep fingers crossed.

Realistically, any human mission to Mars is likely only in the 2030s (the next low energy launch window occurs in 2033). 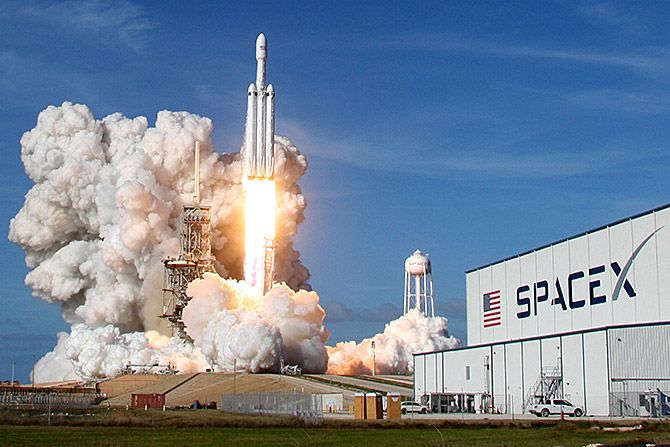 But the moon is on everyone's radar.

Even Nasa is planning to send two humans (probably the first woman) there by 2024 after a gap of 48 years; the last manned mission (Apollo 17) to our natural satellite was in 1972.

Also, SpaceX Falcon 9 is slated to launch a private moon lander in 2021, besides its #dearMoon project (a lunar tourism mission) is expected to take flight in 2023.

Bezos's Blue Origin plans to use its Blue Moon lander.

Several other private companies in the US and elsewhere are planning or designing lunar landers.

Hence, the recently announced Chandrayaan-3's success is a must for India's space ambitions; we can't afford to lose out.

And for realising our space dreams, the Indian private sector must be encouraged because if we lose this race, the moon, Mars, and mineral-rich asteroids will already be crowded before we reach there.

This Bill seeks to allow both public and private sector to participate in the country's space programme, and private players to build satellites, rockets, and space vehicles for domestic as well as global use.

The most secure way to boost our space capabilities is to allow private innovation.

We can learn from our experiments - the opening of the telecom and the aviation sectors, where increased private participation changed the entire landscape.

Furthermore, India's satellite launch market is expected to grow to $30 billion by 2026, according to a report in Business Insider. It is not that India doesn't have NewSpace companies: There are over 20 such start-ups, such as Skyroot Aerospace (designing a rocket that can be assembled and launched in a day to place small satellites in the space) and Bellatrix Aerospace (working on in-space propulsion systems).

Besides companies like Godrej Space and L&T are working with Isro to develop rocket sub-systems.

But they all need a conducive environment and support to flourish.

Until then, no private Indian company will be able to launch its own satellites.

The Bill is being criticised for not clarifying the eligibility criteria for potential licensees.

Second, we need to have a clear and transparent space policy, starting with setting up an independent space regulator, tasked with laying down rules and giving licenses for carrying out space activities from Indian soil.

Currently, Isro is both leading market player and licensing umpire in the Indian space sector and that's a conflict of interest.

Third, there should be dedicated tribunals to adjudicate related disputes.

The space race is nothing but a colonial battle, led by enterprising individuals with State support.

India ended up a victim of the colonial race; we can't finish losers once again -- we must boost our capacity, technology, and policy to become a space power and the key is in private hands.