Here's to the folks of Goa, Daman and Diu!

'The 67 sorties mounted from Jamnagar broke the Portuguese's will to fight, the army columns advanced unresisted, and the Portuguese threw in the towel. The formal surrender took place about midday on December 19.

M P Anil Kumar on the liberation of Goa, Daman and Diu 50 years ago.

Beginning with Vasco da Gama's landmark landing at Kozhikode on May 20, 1498, the Portuguese hoped to lord over the Indian Ocean and conduct trade via the Cape of Good Hope route so as to shun the traditional spice route through the Red Sea and Persian Gulf controlled by the cavalier Arabs and Venetians.

Control of Diu -- the headland at the southern tip of Kathiawar (Gujarat) jutting out into the Arabian Sea -- was crucial for them to establish the lucrative spice trade with India. After winning the naval battle in February 1509, the Portuguese consolidated their sway over Diu despite forays by the Turks to dislodge them.

The harbours of Goa remained important ports of call and centres of trade, and therefore coveted by the European colonialists. In February 1510 -- one year after subjugating Diu -- Admiral Afonso de Albuquerque conquered Goa at the behest of local strongman Thimayya, and dethroned the sovereign Ismail Adil Shah of the Bijapur Sultanate. Goa too groaned beneath the Portuguese yoke since.

The Portuguese invaded Daman -- bounded by Valsad district on three sides and the Arabian Sea to the west -- in 1531 and was formally ceded to Portugal by the Sultan of Gujarat in 1539.

The territory of Dadra lies few kilometres southeast of Daman, landlocked by Gujarat. Further southeast, wedged between Gujarat and Maharashtra, is Nagar Haveli. As recompense and a gesture of expiation for sinking the vessel Santana, the Maratha Peshwa gifted Nagar Haveli to the Portuguese in 1783. Two years later, Portugal bought Dadra.

Goa (including Anjadip Island) and the tiny enclaves of Daman, Diu, Dadra and Nagar Haveli thus became Portuguese colonial holdings in India. The Portuguese power waned under the onslaught of the Dutch, Marathas and the British, but they never loosened their grip over the colonies by buying peace through adroit solidarity pacts.

As with any occupation, fear was the key, slavery not uncommon and the four freedoms were trampled. The Portuguese Act of 1761 restored some semblance of citizenship to the oppressed natives.

After Independence, while Britain and France left India lock, stock and barrel, Portugal refused to budge. That they were overstaying, conveyed politely, fell on deaf ears. The caudillos missed reading the writing on the wall as they were blinded by the notion that India would not use force to evict them despite ample hints thereof. Even fools know that a hand caught between an anvil and a hammer has no choice.

Civil resistance to the heavy-handed Portuguese regime started in early 20th century, and it kept pace with the freedom movement. Since Portugal was not amenable to persuasion, post-1947, the Indian government wielded the diplomatic-goad, but it made no dent on the thick skins of the Iberians.

The triumphant liberation of Dadra and Nagar Haveli infused fresh impetus to the civil struggle to oust the outsider. And two repugnant incidents built strong public opinion against the Portuguese presence in Goa. The first was the violent police suppression on August 15, 1955 that killed more than a score of unarmed satyagrahis. Then, on November 24, 1961, Portuguese troops opened fire on a steamer killing a passenger and injuring a crew.

Meanwhile, both the prime minister and the defence minister, driven up the wall by Lisbon's unreason, spoke of military action ignoring the veiled warning of the west. Hostilities broke out, and the Indian armed forces codenamed the campaign to vacate the Portuguese occupation as Operation Vijay.

Air Vice Marshal Eric W Pinto of the Operational Command was put in charge of two squadrons and eight detachments of warplanes for air defence, tactical air support and interdiction.

The Indian Navy fielded 16 warships, under Rear Admiral B S Soman, to enforce blockade of ports and to smash defences. The light aircraft carrier INS Vikrant was deployed to deter foreign military intervention.

The Portuguese garrison commander surrendered by midday on December 19.

► Diu: Two Indian Army battalions -- 20 Rajput and 4 Madras -- were assigned to take over Diu. The Armament Training Wing at Jamnagar was to provide the necessary air support.

As the aircraft had no night capability, Wing Commander Michael Blake, who handled the air operations, advised the commanding officer of 20 Rajput not to commence the ground offensive until the fighters were overhead at first light. Not heeding it led to avoidable loss of life.

The army hit the ground running in the wee hours of December 18.  A narrow inlet separates the island of Diu from the mainland whose channel could be crossed only on boats. To erect a bridgehead, two companies of Rajputs crossed the creek with rafts made of charpoys with empty drums tied to the bedposts as floats. They became sitting ducks for the Portuguese machineguns.

For the infantrymen, the situation eased once the IAF Vampires and Toofanis began pounding the fort, breastworks and gun positions, forcing the Portuguese to retreat. Flying Officer Denzil Keelor hit the ammo dump with rockets setting it ablaze.

The IAF dashed two waves of eight Canberras each from Poona to bomb the Diu airfield, but was aborted midway on the advice of Wg Cdr Blake as the army units were about to launch an assault on the airfield.

The other patrol boat Sirius was scuppered by its crew to escape capture by India.

The 67 sorties mounted from Jamnagar broke the Portuguese's will to fight, the army columns advanced unresisted, and the Portuguese threw in the towel. The formal surrender took place about midday on December 19. The Diu governor admitted that but for the air force, he could have held out the army for three weeks.

► Goa: The balloon went up at 4 am on December 18 with the shelling of Portuguese encampments south of Maulinguem town. Antonio de Oliveira Salazar, the prime minister of Portugal, exhorted his itsy-bitsy army to embrace the scorched earth policy, to lay waste as much of Goa.

Although the Portuguese resorted to demolition of bridges, advancing from the north (Dodamarg), the three battalions and the armoured squadrons of the Para Brigade rapidly gained ground. Ponda and Betim were stormed by 18th nightfall.

On the 19th morning, two companies of 2 Sikh LI secured Panjim, and the 7th Cavalry seized Aguada Fort and freed its political prisoners.

Air strikes by IAF Canberras operating from Poona riddled the Dabolim runway with craters; six Hunters based at Sambre (near Belgaum), blitzed and incinerated the wireless station at Bambolim.

Once the IAF fighters softened up Mormugao harbour, the Indian Navy's Betwa, Beas and Cauvery engaged the Albuquerque, forcing the Portuguese crew to abandon the wrecked frigate.

Under the cover of shelling from the Trishul and Mysore, in an operation that lasted nearly 24 hours, the naval assault force led by Lieutenant Arun Auditto took over Anjadip Island by 19th noon.

As the second front of attack, 48 and 63 Infantry Brigades entered eastern Goa from Anmod and forged ahead to take over Mormugao and Dabolim airport. Vasco da Gama town fell by 19th evening.

20 Infantry Brigade -- the third prong of ground war -- was essentially decoy troops that strode in from the south along the route from Karwar to Majali to Canacona.

Despite the sharp work, three incidents left the IAF tad embarrassed: One, the supersonic interceptor turned out to be a phantom borne out of flimsy surmise;

Three, since the pilots were ordered to target just the Dabolim runway, they did not destroy the two transport aircraft parked on the apron hoping to seize them intact as they thought the runway had been rendered unusable, but the gutsy Portuguese pilots took off from the damaged runway at night and made good their getaway to Portugal.

The Indian armed forces executed the mandate in under two days, but they suffered 22 fatalities and 54 were wounded. The Portuguese toll was 30 killed and 57 wounded.

India took 5,094 personnel as prisoners from Goa, Daman and Diu, who were repatriated to Portugal in six months.

Portugal slammed India's 'irredentism', and at their request, an emergency session of the UN Security Council was convened on December 18. The resolution that called for ceasefire and Indian withdrawal was vetoed by the Soviet Union. Needless to add, diplomatic relations between the two countries soured. The chill thawed only in 1974.

Here's to the folk of Goa, Daman and Diu on the Golden Jubilee of their Liberation. 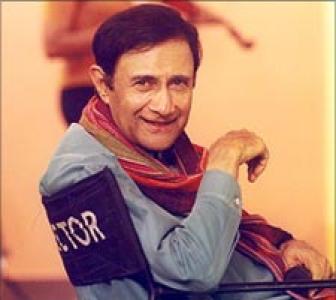 Parliament will have final word on Lokpal: Advani