By RS Chauhan
July 05, 2012 12:07 IST
The chief of Northern Command  Lt Gen KT Parnaik -- has in a message to the rank and file made it clear that no deviation from laid-down procedures or indiscipline will be tolerated in his area of responsibility, reports RS Chauhan

The Udhampur-headquartered Northern Command of the Indian Army is currently busy with four high-profile inquiries dealing with two alleged human rights violations, one attempted rebellion and another dealing with alleged corruption by a senior officer.

The high-profile Pathribal killing case, dating back to 2000, and the alleged fake encounter at Machhil are being finally taken over by the Army. After the Supreme Court gave the option to the Army to either take over or allow a civil court to try the accused Army personnel involved in the Pathribal case, last month, the Northern Command has now begun the step-by-step legal process. A court of inquiry has been set up which will examine, cross-examine and question all those involved in the infamous case. Even civilian witnesses would be summoned if necessary, Army sources say.

The Pathribal case relates to an incident in March 2000 when five unidentified terrorists, reportedly perpetrators of a massacre of 35 Sikhs in Chattisingpora village, were killed in a joint operation by an Army and police joint team. Later, however, allegations surfaced that the unidentified terrorists were actually innocent youth from a nearby village. The Army, however, pointed out that the operation was joint and based on an intelligence input by the local police. A Central Bureau of Investigation inquiry was ordered. The Army, however, refused to be part of the CBI probe, leading to a case that went up to the Supreme Court.

Now, on orders of the Supreme Court, the Army has begun the court of inquiry. Whether it will lead to a court-martial of the personnel involved will depend on the kind of evidence that gets produced.

The Machhil case of 2010, in which an Army officer is alleged to have lured three labourers to a border area and then killed them to pass them off as terrorists, has been finally given to the Army after a two-year delay caused by the insistence of the civil administration that it wanted to try the men in uniform.

Another significant case that is currently being tried in Northern Command is the rebellion in an artillery unit two months ago in Ladakh after jawans, enraged by mistreatment to one of their colleagues, clashed with some of the officers and beat them up. Considered a very serious breach of discipline, the court of inquiry currently on under the Leh-based 14 Corps is likely to take at least another month to be finalised before any conclusion is reached.

The fourth high-profile case of inquiry involves a major general rank officer -- in-charge of ration and supplies in the entire Northern Command -- is also under progress. The major-general is alleged to have indulged in financial irregularities and alleged corruption in dealing with suppliers.

Sources say the chief of Northern Command  Lt Gen KT Parnaik -- has in a message to the rank and file made it clear that no deviation from laid-down procedures or indiscipline will be tolerated in his area of responsibility. The outcome of these four high-profile cases will also in a way send out a clear signal, the sources added. 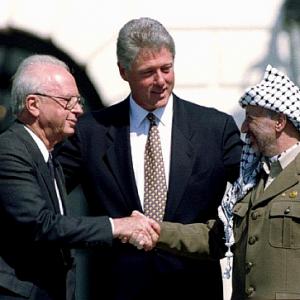 In PHOTOS: 8 HISTORIC handshakes of our times