News
Business
Movies
Sports
Cricket
Get Ahead
Money Tips
Shopping
Sign in  |  Create a Rediffmail account
Rediff.com  » News » When I Received My OBE From Prince Charles

When I Received My OBE From Prince Charles 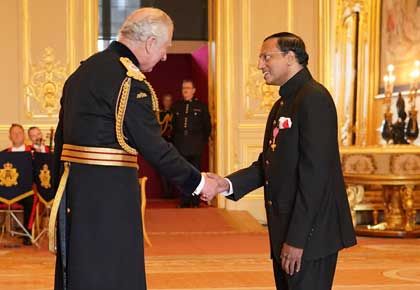 'After greeting Prince Charles with a traditional bow, moving away from protocol, I also did a namaste, which HRH reciprocated twice -- once before the award presentation and the second time just before I left him.' 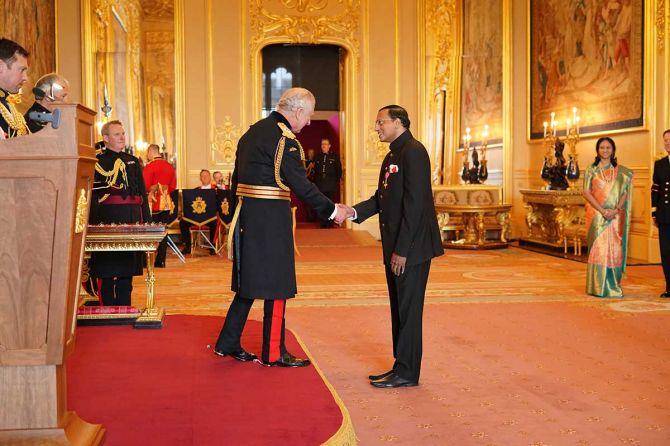 Last year, Dr Raghu Ram Pillarisetti was informed that Great Britain's Queen Elizabeth II had appointed him an Officer of the Most Excellent Order of the British Empire for his 'services to improving breast cancer care and surgical education in India and to UK/India relations.'

In March 2022, the surgeon traveled to the United Kingdom to receive the OBE from Prince Charles at a special investiture ceremony.

The investiture is a very special day when the 50 Queen's Honours recipients and their accompanying persons formally receive their insignia from Queen Elizabeth II or a member of the British royal family.

This is Dr Pillarisetti's account of the ceremony and his meeting with Prince Charles:

In February 2022, I received a letter from the secretary of the Central Chancery of the Orders of Knighthood at St James Palace, London, inviting me to attend the investiture ceremony at Windsor Castle in Windsor, a small town in Berkshire near London. The investiture was scheduled for 11 am on March 30.

Prince Charles presented me with my award.

After greeting Prince Charles with a traditional bow, moving away from protocol, I also did a namaste, which HRH reciprocated twice -- once before the award presentation and the second time just before I left him.

The fact that he reciprocated my namaste twice during my interaction with him speaks volumes about his respect and regard for other cultures.

The longest serving heir apparent in British history, Prince Charles is an outspoken campaigner and has spent much of his lifetime championing for environmental/wildlife conservation and organic farming.

I found him to be very charming, paying utmost attention to detail during the investiture ceremony. It was a wonderful gesture to see him making meaningful conversation with every recipient.

After pinning the OBE medal, Prince Charles asked me where I was residing and the centres of excellence where I obtained my training in the UK. He then asked me what took me back to India.

I mentioned to him about my mother's cancer diagnosis and that I have been serving as a #LivingBridge replicating the best of British practices in an endeavour to improve the delivery of breast healthcare in my motherland. I invited him to visit Hyderabad when he next came to India.

He wished me well and it was time to have the great pleasure of shaking hands with him before exiting the room. My wife Dr Vyjayanthi was a short distance away in the same room watching my lively interaction with Prince Charles.

This was truly a memorable experience with British royalty that I shall cherish, always. 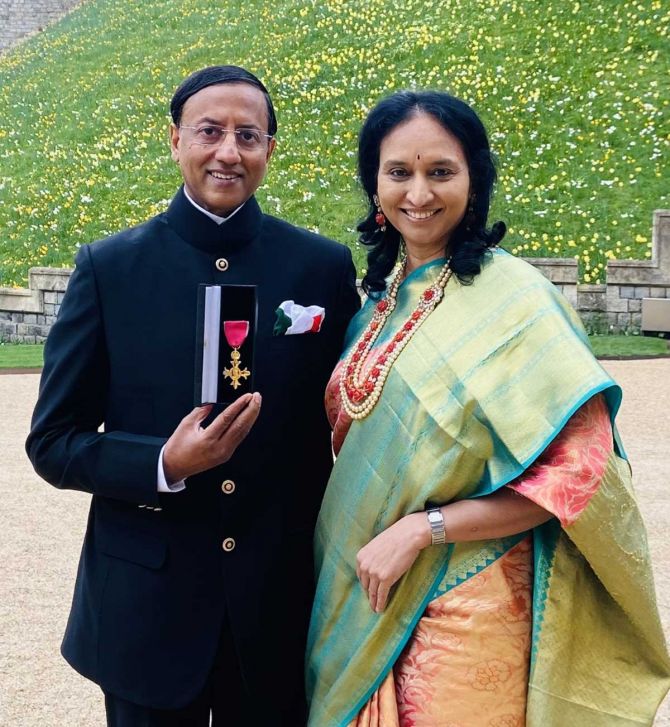 Proud to be representing Bharat, I wore the traditional Jodhpuri bandhgala suit adorned by India's tricolour pocket square. Several recipients paid rich compliments to my dress and to Vyjayanthi's Kanjeevaram pattu sari, again the only one wearing a sari! She has been a great source of support, all along and is super proud of my achievement -- she was simply over the moon witnessing first hand my interaction with Prince Charles.

Due to COVID-19 restrictions, the award recipients were gathered in the King's Drawing Room and thereafter in the pre-Throne Room. The awardees along with their accompanying person was invited, one at a time, into the Throne Room. Once again, because of COVID restrictions, no tea or dinner was served.

The exquisitely beautiful palace is just indescribable. The grandeur of the state rooms within the palace, which are so well maintained, is a treat to the eye. These rooms can only be accessed during special functions by invitees and are generally not open to members of the public.

In the UK, as a general rule, masks are no longer required in most public spaces. But to ensure utmost safety to everyone around, all the award recipients and their accompanying persons were asked to do a rapid lateral flow COVID-19 test on the morning of the ceremony. We were asked to bring the test result, which was cross checked at the entrance to the castle.

Fortunately, Vyjayanthi and I tested negative! As only those who test negative were allowed inside. Award recipients and their accompanying guests -- 100 or so people in all -- were not wearing any masks. All the staff at the castle were wearing masks. What struck me was their friendly, warm and welcoming remarks and support, thus making our visit to the Windsor Castle memorable.

There were people from different walks of life at the investiture ceremony, but none from India during the ceremony held on March 30. Apart from a brief hello, there was not much time to interact with them.

(About the emotions he felt receiving the award) To know that there is some bigger, higher force or energy that is at play, and to take refuge in that higher self has been part and parcel of my daily prayer. And so, I silently expressed my profound gratitude to the divine grace whilst the prince of Wales was conferring the honour.

This award has increased my responsibilities even more. Having dedicated my life towards improving breast healthcare in my motherland, I shall continue to work with rock-solid determination in this 'chosen' path

I dedicate this tremendous recognition to my family, my patients, my colleagues at KIMS Hospital -- my profound gratitude to the board of directors of KIMS Hospitals led by my dear friend and managing director, Dr Bhaskar Rao -- and to the Indian surgical fraternity world over. 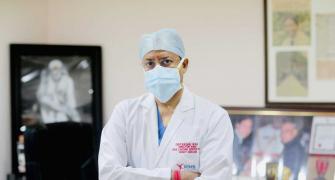 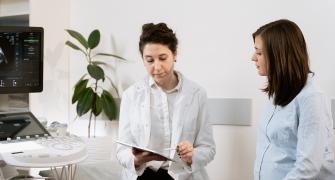 10 Health Issues Women Must Not Ignore 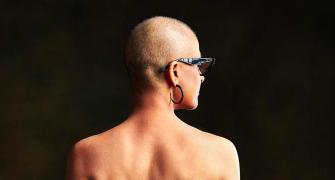 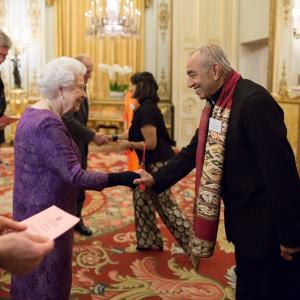 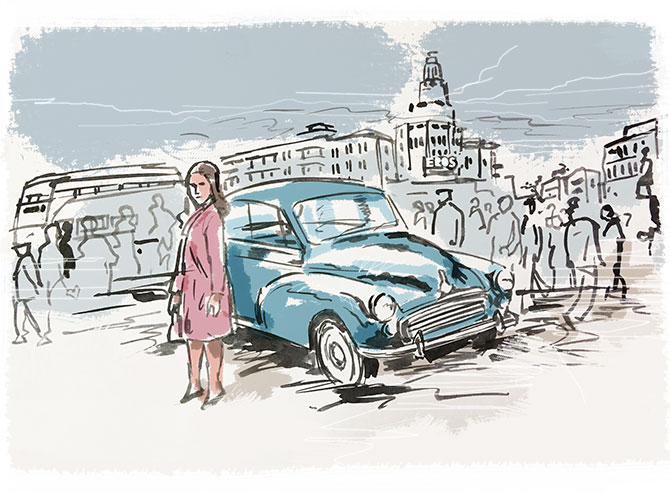