We have lost a devoted communist who was ready to sacrifice anything for the people and the party, says Shameem Faizee, recollecting his meetings with comrade A K Hangal.

I last met comrade A K Hangal at his residence in Bandra in the last week of April this year. I had gone to brief him on the decisions of the 21st Congress of the CPI held in March. Actually, in February 2012, when I along with the then Party General secretary A B Bardhan met him, he was confined to bed and regretted that he will not be able to come to Patna, but asked me to brief on deliberations of the Party Congress as soon as possible.

In April, he told me that he had sent the renewal of party membership through his son Vijay and asked me to check whether it had reached the Mumbai party secretary or not. He was very particular in renewing his party membership and attending party meetings as and when he was asked to do so. He had a fad for reaching in time. This created problems several times as the meetings normally got delayed by half-an-hour and he would curse those who failed to inform the correct time. His fad for being punctual made him wait at a distance from the venue for long. He would enter the venue only at the fixed time.

This he observed at all times; whether it was reaching a friend's house or shooting a film.

After hearing the report on the party Congress and knowing that Sudhakar Reddy had replaced A B Bardhan as general secretary, he expressed desire to meet the new general secretary. He said, 'I have met all general secretaries of the party since pre-independence days. I want to meet Sudhakar who may be the last general secretary during my life'. On this, I reminded him that he had promised to celebrate his 100th birthday at Delhi. He smiled and said, 'It does not look as if I will be able to keep that promise'.

(I came back and reported the conversation to Sudhakar Reddy and requested him to meet him when he goes for the party rally in May. Sudhakar did meet him.)

My interaction with comrade Hangal began when I started dabbling in cultural affairs of the party. He had succeeded Kaifi Azmi as national president of the Indian People's Theater Association (IPTA).

He used to take keen interest in the affairs of the party. Every time we met, he would point out what he liked and what he did not in 'New Age' and 'Hayat'. He was a regular subscriber of both the journals and used to send his subscription well in advance. He never refused to attend a party meeting and even toured distant place to participate in the election campaign of the party. To satisfy the audience he would accede to the demand and deliver the film dialogues from his films, particularly from 'Sholey' in which he played the epic role of Rahim Chacha. (Personally, I liked his roles more in films like Garam Hawa, Shauqeen and Bawarchi).

He was very sensitive about adverse publicity for the party. Two years back, when he was facing financial difficulties, some newspapers reported that his party is not looking after him, and it was not true.

He was annoyed and issued a rebuttal saying that these people do not know what the party was doing for him. When I met him, he abused his son for hinting at such a thing that caused adverse comment about the party.

In that meeting he told me, 'Tell the party that several film personalities have contributed a lot and that will suffice for medical treatment and for survival'.

He was very simple but straight forward. He lived in a single room accommodation. His son Vijay lived on the other side. He used to say, 'We, two old people, give company to each other. Tell party people to meet me more often.'  He used to telephone regularly and seek explanation on the latest political developments. Due to his ill health he wanted to step down from the post of national president of the organization before the Bhilai National Conference of IPTA. We differed and he was reelected to the post in his absence in December 2012. He used to tell everybody that he did not come to Mumbai on his own.

He was ready to work in Karachi along with Sobho Gyanchandani in the party. He was persuaded by the then general secretary of the Communist Party of Pakistan, Sajjad Zaheer to move to Mumbai where he had better avenues to work in IPTA. (Incidentally Sobho Gyanchandani remained in Pakistan. Once during a trial in Karachi after formation of Pakistan, court offered him transportation to India. Sobho's reply was: 'Keep me in jail as long as you want but the jail should be in the province of Sindh). After coming from Karachi, he lived in a 'chawl' in Parel for over a decade and worked as a tailor for livelihood. He plunged in the activities of IPTA as well as the party and continued with it till his health permitted.

He was very optimistic and talked about recovering from his ailments to become active once again. But in April, he said the loneliness and lying down the whole day was killing him. He wanted me to meet him more frequently.

Unfortunately, I could not make it.

Of course, in his death the country has lost a versatile film and theater artiste. We in the Communist movement have lost a devoted communist who was ready to sacrifice anything for the people and the party.
Shameem Faizee
Related News: Indian People's Theater Association, Sudhakar Reddy, Sobho Gyanchandani, Party Congress, B Bardhan
SHARE THIS STORY
Print this article
Taliban behead 17 party-goers in Afghanistan
NE people start returning to other states: BJP 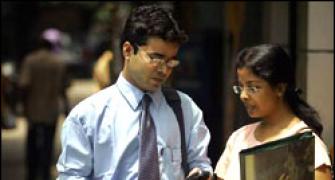 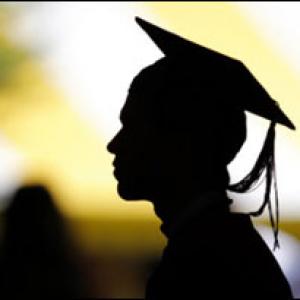 COLUMN: B-schools and their discontents