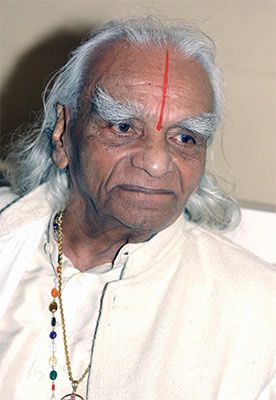 'His personal turmoils on the yoga journey, instead of deterring him, propelled him on with even greater passion towards yoga and make what he has offered to the world rather special. In fact, not many teachers have done what he has done to yoga practice -- emboldened it, brought it out of its timid closet where it was and (is often even today) confined.'

Yogacharya Shameem Akthar is awed by the guru's unparalleled intuitive knowledge of yoga.

When yoga was still a blip in my life's radar and I was an adrenaline-driven journalist, I had the fortune to go to Pune for yoga guru B K S Iyengar's 80th birthday. And returned awed by the energy the tiny frame exuded.

The rock star of yoga -- the last of the greatest Hatha Yoga teachers for all times with hundreds of institutes that teach his brand of yoga around the world -- was not at all well-known in the country of his own origin. It was perhaps because he was not flashy or controversial like so many others.

Occasionally, when prodded (and very rarely) he would make an acerbic and telling comment deriding how yoga was being taught or practised in India. Because, with him, it was always about yoga, never about himself.

This explains also why though there are many books by him and on his style since, his first best-seller, Light on Yoga, published by Harper Collins (despite its rather complicated and extremely frustrating indexing of asanas) still remains one of the first books that anybody bitten by the yoga bug would and must buy.

On how to structure an asana and chunk it, from having to use a prop (like a wall) or to use preparatory poses to create the right foundation for it, the book covers it all. The spiritual aspect of a pose, the ancient legend behind it, sequencing the pose, benefits and contraindications of each -- so compactly, so completely covered as never before. Most of the other books that followed, by other authors, must have been coloured, influenced by that book for sure. That way B K S (as he was referred to popularly), would always be the beacon.

The book anticipates the problems of a beginner and gives tips on how to circumvent them. This particular aspect of a pose is where a master distinguishes himself from the wannabe. The intricacy of awareness and intuitive knowledge that B K S Iyengar brings to yoga practice is unparalleled. That book has been, is, and will be, one of my constant 'teachers'. It is also a very personalised account of the asanas.

For instance, B K S would note, and rightly, how mastering a particular pose can fill you with exhilaration. Most other books are detached, clinical and seem unreal. The sort of books even dedicated students would buy and stack up, creating an infertile library that never gets to be opened.

But in Light on Yoga, you have a live master walking along, teaching you, ticking you off, telling a story to grip you, warning or cautioning you (including of ego trip-ups and arrogance that a pose can sometimes knock you down with), generally holding your hand if need be, or prodding you hard, if required.

The tremendous strength that B K S bought to yoga learning and teaching came largely from his own personal practice. Expected to be dead even before he was born, he was a sickly child plagued by many diseases, suffered shame due to his fragile and unshapely frame.

It is now part of Iyengar lore that his brother-in-law and guru, the stellar Krishnamacharya, was a super-strict teacher who made the life of the young aspirant rather difficult, maybe even miserable, crushing him with a daunting practice and prickly verbal barbs. He only managed to win his guru's approbation by default -- when he stood in for another favourite student who ran away before a public asana demonstration. This explains how tough life was, for that young boy.

Injuries from being self-taught, road accidents that almost killed him and ruined his practice, heart attacks -- none of these has stopped the juggernaut of his yoga journey. Severe poverty, starvation where often he had to survive a day with just tea, wracking sickness that cramped his passion for yoga by making his body stiffer -- none of that daunted him. That is how he would have the confidence to take emotional or physical wrecks who landed up at his doorstep for help and turn them completely around.

His personal turmoils on the yoga journey, instead of deterring him, propelled him on with even greater passion towards yoga and make what he has offered to the world rather special. In fact, not many teachers have done what he has done to yoga practice -- emboldened it, brought it out of its timid closet where it was and (is often even today) confined.

Unlike some teachers who have a strong personal practice but are unable to reach that across to their followers/students, he has had the superior confidence, awesome intuitive skills, amazing intention and purity of purpose to reach the toughness of yoga as it is -- sheer and stark in its beauty -- to its practitioners. This is a tough call. Very few teachers have been able to match his skills here. But the fact that he had set that trend means the others who follow have no choice. At least some of us are required to take that difficult path.

The fact that he had used yoga to heal himself is why his style of yoga is confident and tough. The idea of healing has to be self-involved, dedicated and constant. That it cannot be whimsical or timid. Very few styles have this as their signature. In fact, Iyengar yoga books (even by other authors, not just him, who follow the style) will offer bold poses for healing.

For instance, you will not be surprised if you find on offer that headstand can help cure anxiety! But yes, in the Iyengar style you could get rid of your anxiety by seeing the world upside down. And that way, be rid of it for ever.

The heavy use of props (blocks, ropes, belts, wall, chairs, bolsters, cushions) to help the student transit his/her natural timidity, body stiffness, confusion and revivify nervous co-ordination is what distinguishes the Iyengar style from others.

But more than that, it is the insistence on physical alignment, perfection of execution, continuous breath awareness, meditative focus on the body -- all of which make the Iyengar style what yoga is meant to be -- an exhilarating and severe discipline that gifts a high all its own.

It comes closest to the pure definition of yoga -- tapasya. And its creator, a true tapasvi.

Yogacharya Shameem Akthar teaches Sivananda yoga in Mumbai, and is a columnist at Rediff.com On Twitter: @jaisivananda. 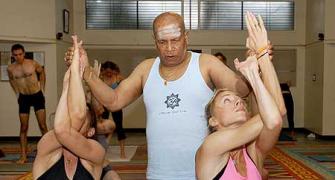 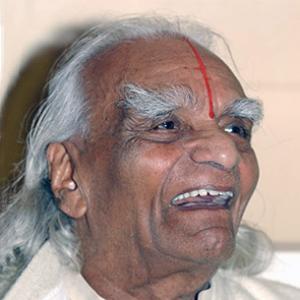 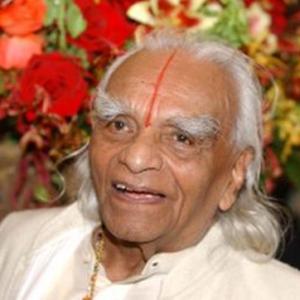 Yoga guru B K S Iyengar passes away in Pune