News
Business
Movies
Sports
Cricket
Get Ahead
Money Tips
Shopping
Sign in  |  Create a Rediffmail account
Rediff.com  » News » Are Christians being discriminated against in Kanyakumari?

Are Christians being discriminated against in Kanyakumari?

By virtue of being the southernmost tip of the Indian peninsula, Kanyakumari is an iconic landmark. In addition it has the highest literacy rate in Tamil Nadu and also the highest population density after Chennai.

Kanyakumari district even looks different from the rest of Tamil Nadu. Its topography resembles Kerala more than Tamil Nadu.

S Suresh Rajan is a pastor of the Assembly of God (a Pentecostal denomination). He conducts weekly prayers at a thatch-roofed hall in the main Kanyakumari market area, next to the coastal police inspector's office.

This is a rented building, so the pastor bought a plot of land two kilometres away in North Kundal village and built a community hall there. When he tried to shift his prayer meetings to the hall, he was not allowed to do so.

Unlike other districts of Tamil Nadu which largely ignore the rule, here permission from the district collector to start a prayer hall or church is mandatory. When Pastor Rajan approached the collector for permission, it was refused.

He appealed to the Madurai bench of the Madras high court. In the last week of September, the court gave a direction to the collector to re-consider his plea. The collector refused to change his stance.

SP Ashokan, joint secretary of the district Hindu Munnani, a religious and cultural organisation formed in the early 1980s, says, "The court never gives permission against the collector's orders, it only gives a direction to reconsider. If the collector reconsiders and comes to the same conclusion, it's valid in law."

"If it is a community hall then all the villagers should be allowed to use it. If not, then we will oppose it," shot back Manikandaraj, the head of Kundal village.

Manikandaraj elaborates, "Suresh Rajan is from Nagercoil, 18 km from here. Why is he building a church here and not in his own home town? Within one kilometre of this community hall there are two houses where they are conducting prayer meetings. The pastor is from Marthandam, which is seven kilometres from the Kerala border and 50 km from here."

Manikandaraj says the pastors should build their churches in the places where they stay. "Why come here to disturb us?" he queries. "Why do they need to use speakers for the rest of us to know they are praying? And the worst part is that there are three people who are recent converts from here who are the most fanatical."

There are 200 applications for churches pending in Kanyakumari district, according to the pastor. But the personal assistant to collector Nagarajan refutes this.

"Every week we get four or five applications to build churches. We respond immediately. It is not arbitrary. The collector directs the revenue divisional officer and the superintendent of police to enquire and submit a report. He decides on their recommendations only," the PA says.

Suresh Rajan says he does not know why his petition was rejected, but the PA says he should have asked for the order. "We never reject without a reason and the reason is mentioned in the order," he said.

Whatever the reason, it does look like there is a high rate of rejection of permission to build prayer halls/churches in the district.

The genesis of this could be traced back to the Hindu-Christian riots that shook the state 30 years ago, and that started in Mandaikadu village in Kanyakumari district in 1982. The police was called in with shoot-at-sight orders to quell the unrest.

The then chief minister MG Ramachandran came down personally to appeal to both communities for peace. When that did not work, he gave the police a free hand.

The riots spread to all the southern districts of the state. The mayhem stopped only after police firing killed six rioters in Mandaikadu.

Justice Venugopal, who was appointed to inquire into the riots, suggested in his report that the cause of the riots was the fact that a temple and church were situated near each other.

He said, "I suggest that henceforth permission to a house of worship be denied within one kilometre if there is already a place of worship in the vicinity."

This advice is meant for all of Tamil Nadu but it is followed meticulously in Kanyakumari district. With 44 per cent of the population being Christian, the authorities fear that any tension here can lead to a major law and order problem.

Moreover, as a famous tourist destination -- the point of confluence of three oceans holds tremendous fascination -- Kanyakumari is not some obscure spot in the Indian hinterland but gets worldwide attention particularly in the age of satellite television and the internet.

Pastor Rajan says, "The Lord tells us to love others as we love ourselves and we are here to serve the people. What can we do if our motives are suspect?"

His wife adds, "They have the numbers, can we object when they build a temple?"

Father Williams of the same order says the Sasta temple in Kundal village was built in 2009. "My friend Suresh Rajan's church has been functioning there from 2006, so they should not have allowed the Sasta temple also. Why different rules for us?"

In Kundal village there is an Amman temple, a Sasta temple and a Church of South India church.

"We have never objected to the CSI church. They live among us and join us for all our festivities and we theirs," says village head Manikandaraj. "It's the Pentecostal mission with their Assembly of God that causes communal tension here by their continuous prayers with loudspeakers. We will never allow it."

But Suresh Rajan is not about to back down. "There are 13,000 Assembly of God churches in the world. Our church in Chennai has 40,000 devotees. We will continue our work. We will appeal to the home secretary of Tamil Nadu against the collector's orders." 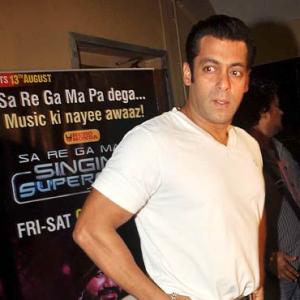 Top priority to resettlement of Tamils in SL: PM