News
Business
Movies
Sports
Cricket
Get Ahead
Money Tips
Shopping
Sign in  |  Create a Rediffmail account
Rediff.com  » News » A Dane in search of his father in Tamil Nadu

Casper Anderson, who was adopted when he was three years old by a couple from Denmark, is back in the land of his origin to locate his roots. 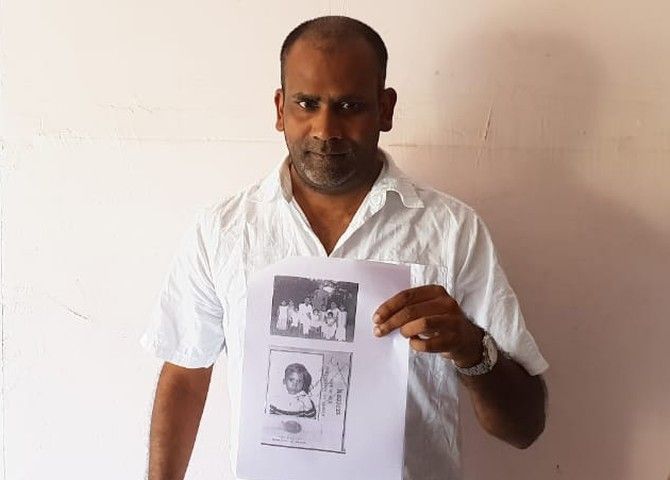 Casper Anderson has come to Tamil Nadu in search of his biological parents. 40 years after he was adopted by a couple from Denmark.

"I was adopted when I was three years old and I don't have any recollection of my time in India as a child," Casper, who is now 43, tells Rediff.com's A Ganesh Nadar.

Casper, who is believed to have been named Rajakumar, was born to Ayyavu, a resident of Thondamuthu near Coimbatore, in 1975.

As a young child, he was handed over to the Blue Mountain Children's Home as his father had suffered a paralytic attack in his leg and his mother had left him.

He was adopted by a Danish couple when he was 3 years old.

"My adopted parents Keld and Birtha Anderson were very good to me. I went to school and later became a graphic designer," Casper says. Marriage "just didn't happen," he shrugs.

"I was always curious about my roots. I have been thinking about tracing my parents for 10 years, but really got down to doing it only three years ago," he adds.

"I have come to India thrice, but visited Coimbatore only twice. The first time I visited Coimbatore was in 2015 because my village is near there. I was helped by a Netherlands-based organisation, Against Child Trafficking, to find my birthplace."

Though his was not a case of trafficking he took the organisation's help, he adds, as they knew the way to trace his roots.

"I learnt that Ayyavu had been living with his mother, that is my grandmother, Mariammal, near the Karupparayan temple near Linganoor. We were told by the local people that he sold his hut in 1986, but no one saw him, my mother or grandmother after that," says Casper.

"I spoke to a few people who knew my father. They remembered him when I told them about the paralytic attack, they said they knew a man whose leg was paralysed."

Casper does not speak Tamil, but shrugs away any difficulty over it. "It is not a problem in the cities of Tamil Nadu, but when I go to the villages I need a translator. A lawyer and an NGO are helping me," he says.

Casper is now in Mayiladuthurai, which is located in the rice bowl of Tamil Nadu, and says he will not rest till he locates his parents.;

A sliver of hope rests on the sale of his father's hut as the buyer is still alive. Registration of the property sale deed requires the signatures and thumb impressions of both parties, and when I suggested that if the buyer still has the sale deed he can locate his father's thumbprint and trace him -- through Aadhaar! -- Casper is overwhelmed.

"We did not think of this, let me see what my lawyer friend can do on this," he says. 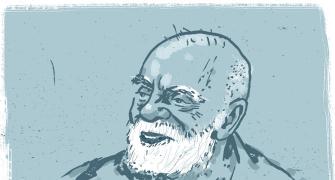 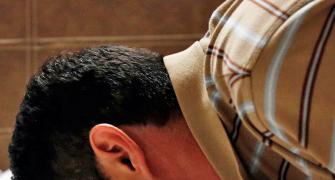 What I learned from Papa 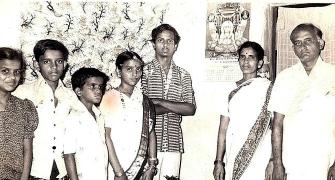 Thank you for everything, papa! 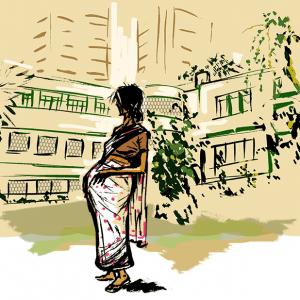 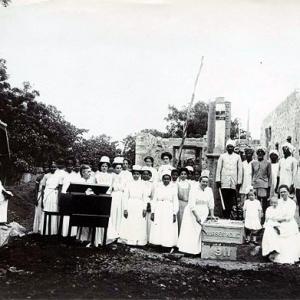 The India-born family aboard the Titanic