Sign in  |  Create a Rediffmail account
Rediff.com  » News » World is big enough to fit both our dreams: PM to Li

World is big enough to fit both our dreams: PM to Li 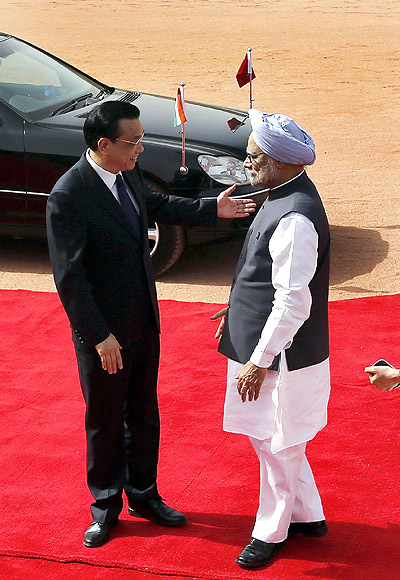 Taking stock of "lessons learnt" from the recent stand-off in Ladakh after a Chinese incursion there, India and China on Monday decided on further measures for maintaining peace and tranquility along their border.

This was disclosed after discussions on "mutual interest and concern" between Prime Minister Manmohan Singh and his Chinese counterpart Li Keqiang, who met in Delhi for the second time on Monday, covering a wide range of issues including the boundary dispute, trans-border rivers and trade deficit.

Addressing a joint press meet, the two leaders acknowledged their talks -- held on Sunday night and Monday morning -- had been "candid" and "frank".

Noting that they "took stock of lessons learnt from the recent incident in the Western Sector, when existing mechanisms proved their worth," Dr Singh announced, "We have tasked our Special Representatives to consider further measures that may be needed to maintain peace and tranquility along the border".

"We agreed that our Special Representatives will meet soon to continue discussions, seeking early agreement on a framework for a fair, reasonable and mutually acceptable boundary settlement," he said.

'We have worked together to maintain peace' 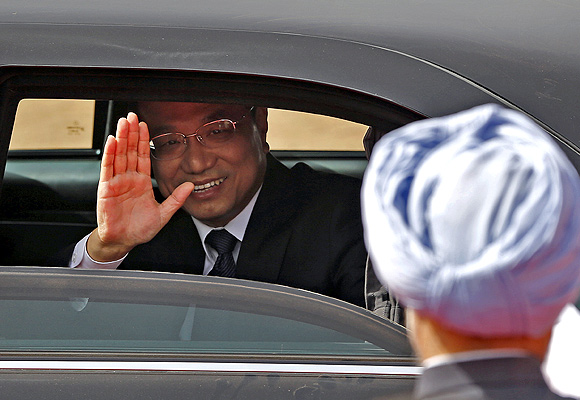 The talks come nearly a month after the 19-km-deep incursion by the Chinese troops in Depsang valley in Ladakh which was resolved only two weeks ago.

On his part, Li, while admitting that there were "some problems" between the two countries, said, "Both sides believe that, with regard to the boundary question, one that is leftover by history, the two sides have over time established the principles on this question".

"In the meantime, we have worked together to maintain tranquility and peace on the border," the Chinese Premier said, adding, "We need to confront various issues with a broad mind and conduct dialogue on those issues in a mature and sensible way".

"We need to appropriately handle our cooperation by maintaining peace and tranquility in the border areas and on the trans-border river issues," he said.

Dr Singh, in his statement, said, "Starting Sunday evening, Premier Li and I have had wide-ranging and candid discussions covering all matters of mutual interest and concern".

Dr Singh said he was delighted that there are so many areas of convergence between them.

'We have had our differences' 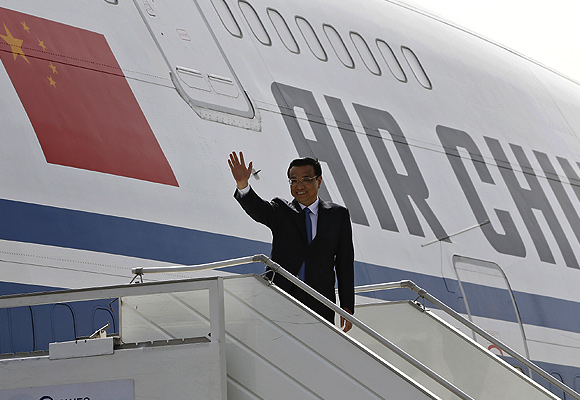 "Most importantly, we agreed that the relationship between our two countries is of growing significance and essential for our peaceful development and sustained economic growth, as well as for stability and prosperity in our region and the world," he said.

Noting that India and China are two civilisational neighbours and have lived in peace through the ages, he said, "We have had our differences, but over the last 25 years, we have steadily built a mutually beneficial relationship".

"The basis for continued growth and expansion of our ties is peace and tranquility on our borders. While seeking an early resolution of the boundary question, Premier Li and I agreed that this must continue to be preserved," he said.

"I also reiterated to Premier Li India's concerns about the effects on lower riparians of activities in the upper reaches of our shared rivers," Dr Singh said, in an apparent reference to China building dams on Brahmaputra River.

Dr Singh said the mandate of the Expert Level Mechanism should be expanded to include information sharing on upstream development projects on these rivers.

'Both sides must work to strengthen greater trust' 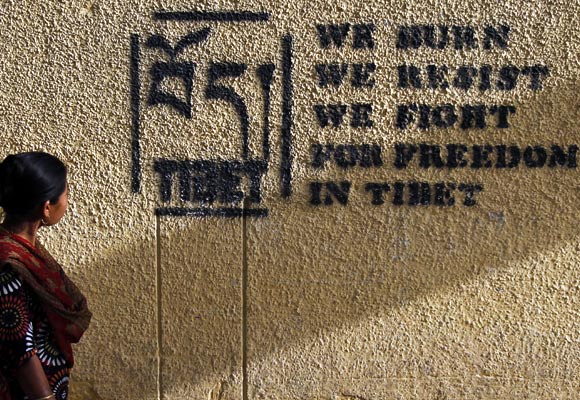 Image: A woman looks at a graffiti as she walks across a Tibetan refugee camp in New Delhi. Security has been beefed-up around at the site to avoid any protests by Tibetan exiles against the visit of Chinese Premier Li Keqiang
Photographs: Anindito Mukherjee/Reuters

He said he was glad that both sides have agreed to expand cooperation on trans-border rivers. It would also be useful for India and China to collaborate on a better understanding of the stresses of the shared Himalayan ecosystem, he said.

"I shared with Premier Li my view that the rise of China and India is good for the world and that the world has enough space to accommodate the growth aspirations of both our people. To make this a reality, it is important to build an understanding between our two people. We agreed that both sides must work to strengthen greater trust and confidence, which, in turn, will permit much larger co-operation," Dr Singh said.

Dr Singh said economic cooperation constitutes a very important part of the bilateral relationship and the growth potential of the two economies "can provide the engine for greater cooperation".

"There are many ongoing areas of co-operation that we will carry forward. I conveyed to Premier Li our concerns about the trade deficit and sought increased market access to China for our exports and investments. I also invited increased Chinese involvement in the vast opportunities in our infrastructure and manufacturing sectors," he said. 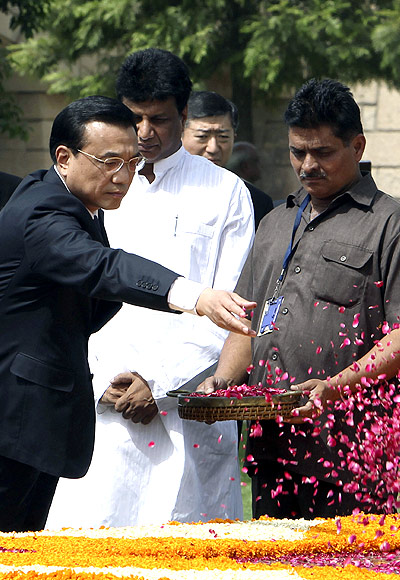 Dr Singh underlined that the rapid development of both economies has opened up new opportunities for economic cooperation bilaterally, in the region and globally, which the bilateral Strategic Economic Dialogue will identify and explore.

"We have also discussed the possibility of infrastructure development to link India's north-eastern region with Bangladesh, Myanmar, China and other countries in the south-east Asian region. Premier Li and I also used the opportunity to review the rapidly evolving global political and economic situation and resolved to strengthen our strategic communication and dialogue on these issues. We also agreed that we have a shared interest in an open multilateral trading system and in combating protectionism," Dr Singh said.

India and China also firmed up eight agreements to enhance cooperation in a range of areas including trade, culture and water resources.

Before concluding his statement, Dr Singh said it was a "pleasure" to welcome Li.

'I look forward to seeing him very soon' 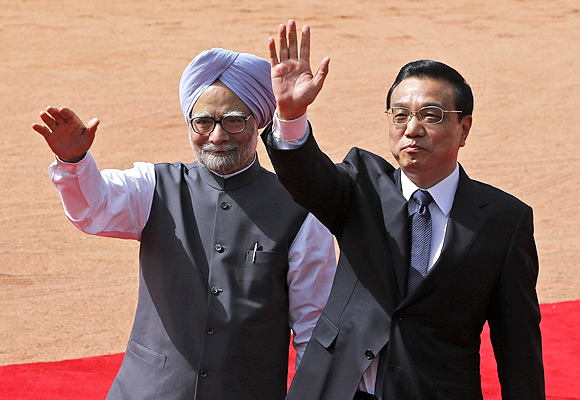 "I am sure that his leadership will go a long way in strengthening the relationship between our two countries and extending it to new frontiers. I look forward to seeing him again very soon and I have also accepted his gracious invitation to visit China at the earliest opportunity," he said.

Earlier in the day, Li had said peace and regional stability cannot be a reality without strategic mutual trust between China and India.

"The purpose of my current visit to India is three fold -- to increase mutual trust, to intensify cooperation and to face the future," he said.

Li hoped that the two sides "would increase strategic mutual trust," after inspecting a guard of honour at Rashtrapati Bhavan.