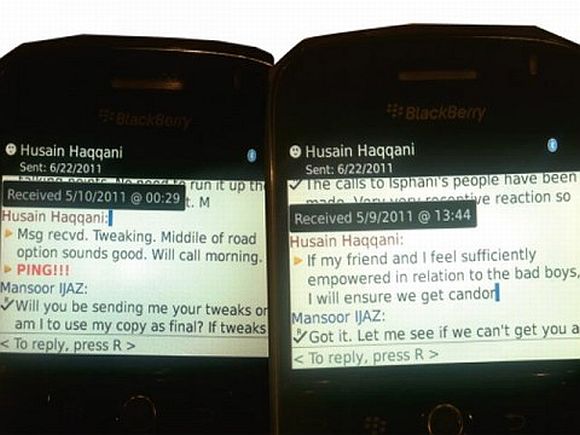 Image: A video grab of the BlackBerry coversations of Husain Haqqani and Mansoor Ijaz

BlackBerry maker Research in Motion has rejected Pakistan's request for details of communications between former envoy Husain Haqqani and Mansoor Ijaz related to the memo scandal.

Attorney General Anwar-ul-Haq informed a Supreme Court-appointed judicial commission, which is investigating the memo issue, that Canada-based RIM had refused to provide data of the communications between Ijaz and Haqqani.

RIM had informed the Pakistan government that under its privacy policy, BlackBerry data could be released only if a request was made by customers who were involved in the communications, Haq said.

RIM would not provide such data to a third party, he said.

Besides, RIM had informed the government that it did not store some of the data that was being sought by the commission, such as SMS messages and emails, the panel was informed. 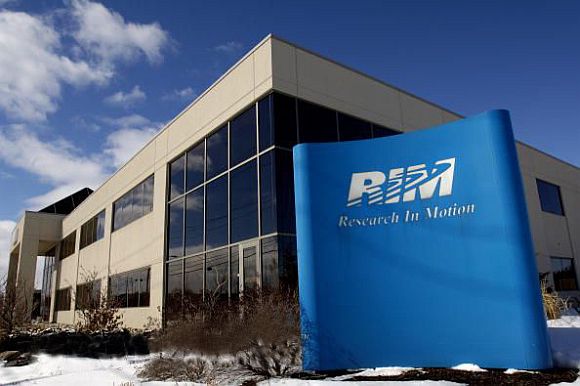 The Attorney General further told the commission that authorities had been unable to find Haqqani's two BlackBerry sets at his former office and home in the US.

Haqqani has said that he left the sets behind in the US when he returned to Pakistan last year.

Haqqani was forced to quit after Ijaz made public the alleged memo that sought US help to stave off a feared military coup in Pakistan after the killing of Osama bin Laden in May last year.

Ijaz has claimed that he drafted and delivered the memo on the instructions of Haqqani, a charge denied by the former envoy.

Ijaz further claimed that he had communicated via BlackBerry with Haqqani. He has made public what are purportedly exchanges with Haqqani. 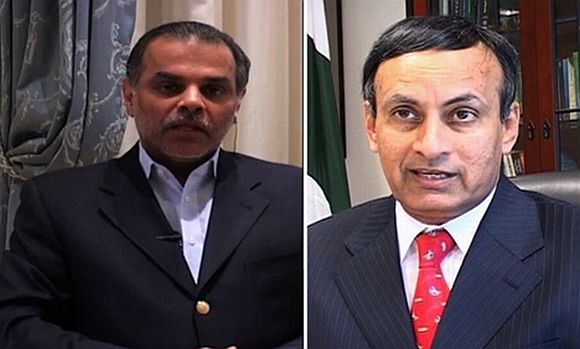 The judicial commission had recently asked the government to send a formal request to RIM through the Pakistani High Commission in Canada to obtain the records of communications between the Ijaz and Haqqani.

Even in earlier communications with the Pakistani media and authorities, RIM had said its privacy laws strictly prohibited the disclosure of a customer's data to any other party without the customer's consent.

BlackBerry communications data was part of the evidence that Ijaz shared with ISI chief Lt Gen Ahmed Shuja Pasha during a meeting in London in October last year to back up his claims about the memo.

The ISI chief had declared the memo was authentic after examining this data.