Sign in  |  Create a Rediffmail account
Rediff.com  » News » 'Terror sanctuaries in Pak must be dealt with an iron fist'

'Terror sanctuaries in Pak must be dealt with an iron fist' 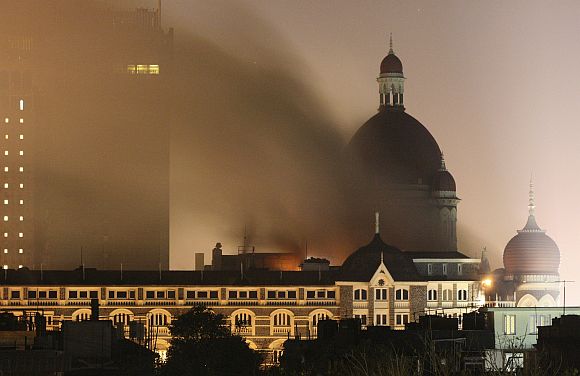 Image: A burning Taj Mahal hotel in Mumbai during the 26/11 terror attacks
B Raman

Unless India can exercise a counter-sanctuary policy against terrorist organisations in Pakistani territory, we will be destined to see a periodic recurrence of attacks on our nationals, says security expert B Raman.

There have been four mass fatality attacks (with fatalities of more than 100) on Indian nationals or foreign nationals of Indian origin by terrorists enjoying sanctuaries in Pakistani territory. Three of these attacks carried out by jihadi terrorists were in Mumbai (in March 1993, July 2006 and November 2008) and one involved the blowing-up of the Kanishka aircraft of Air India off the Irish coast in June 1985 by Khalistani terrorists.

The jihadi attacks in Mumbai were carried out by terrorists who came from sanctuaries and training camps in Pakistani territory. Talwinder Singh Parmar of the Babbar Khalsa, who orchestrated the blowing-up of the Kanishka aircraft, came from Vancouver and took sanctuary in Pakistan after having carried out the attack. He was subsequently killed in August 1992 when he crossed over into Indian territory.

The two Indian masterminds of the March 1993 terrorist attack in Mumbai -- Dawood Ibrahim and Tiger Memon -- continue to live in Karachi without any action being taken against them by the Pakistani authorities. Those involved in the July 2006 terrorist attacks on suburban trains have not been definitively identified, but they are believed to have taken sanctuary with the Lashkar-e-Tayiba in Pakistani territory. The LET masterminds of the November, 2008 attacks -- all Pakistani nationals -- are still in Pakistani territory -- some facing a make-believe trial and others untouched by the authorities.

'Catastrophic attacks carried out in connivance with Pak's ISI' 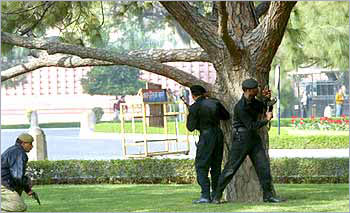 The potentially catastrophic attack on the Indian Parliament by the Jaish-e-Mohammad, with the suspected complicity of the LET, on December 13, 2001, was designed to be a decapitation strike directed at India's parliamentary leadership. But the alertness and bravery of the Indian security forces guarding the Parliament thwarted their designs. They were prevented from shooting their way into the Parliament and were killed. There were no mass fatalities of civilians.

The capability of the terrorists to carry out repeated mass fatality attacks or potentially catastrophic attacks was facilitated by the connivance of Pakistan's Inter-Services Intelligence and by the availability of sanctuaries and training facilities in Pakistani territory. 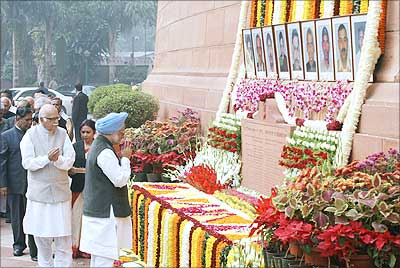 The United States air strikes in Libya ordered by President Ronald Reagan in 1986 in retaliation for a bomb attack on US soldiers in Berlin was an example of a justified attack on a foreign state assisting terrorists. The US special forces attack in Abbottabad in Pakistan on May 2, 2011, to kill Osama bin Laden was an example of an attack targeting sanctuaries and those given sanctuaries without targeting the state which provided sanctuary. The US has also been using its drone strikes in North and South Waziristan as part of its counter-sanctuaries strategy.

Since the mass fatality attacks started in 1985, we have refrained from targeting either the state of Pakistan and its ISI or the terrorists and their sanctuaries in Pakistani territory. Even if we don't want to exercise a counter-state policy against Pakistan, unless we exercise the counter-sanctuaries policy against the terrorist organisations and their sanctuaries in Pakistani territory, we will be destined to see a periodic recurrence of such attacks on our nationals.

There are two requirements for an effective counter-sanctuary strategy -- the political will to undertake targeted attacks against sanctuaries even at the risk of a possible military conflict with Pakistan, and the clandestine capability called the covert action capability to translate the political will into action.

'Talking alone without will to act will prove counter-productive' 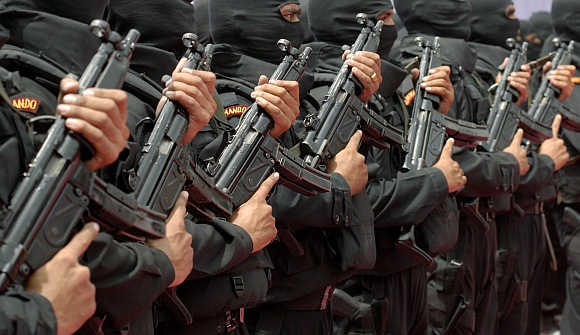 The ISI as well as the terrorists sponsored by it know that India does not have a retaliatory covert action capability and that fear of a military conflict degenerating into a nuclear one has stymied Indian decision-making on the inclusion of a counter-sanctuary component into our counter-terrorism strategy.

The Indian State finds itself in a state of not having the required covert action capability to act against the sanctuaries and not having the political will and courage to use that capability even if we re-create it.

We will never be able to deal with mass fatality terrorism emanating from Pakistani territory unless we get out of this self-created and self-imposed paralysis of the will of the Indian State to act.

I am all for talks with Pakistan to improve our relations, but the talks must be accompanied by the will to act against the sanctuaries. Talking alone without demonstrating a will to act will prove counter-productive.

As we observe the 10th anniversary of the attack on the Parliament and pay homage to our brave security personnel who died to thwart the attack, it is this question -- the resuscitation of the national will to act as demonstrated by Indira Gandhi in 1971 and the re-creation of the covert action capability to translate that will into action -- that should engage our attention.

Instead of doing so, the entire focus has been on the perceived delay in the execution of Afzal Guru, an Indian national, who has been sentenced to death by the court for his complicity with the terrorists who came from the sanctuaries in Pakistan. His execution is not going to put an end to the sanctuaries in Pakistan. Only the iron fist of the Indian State will do so.