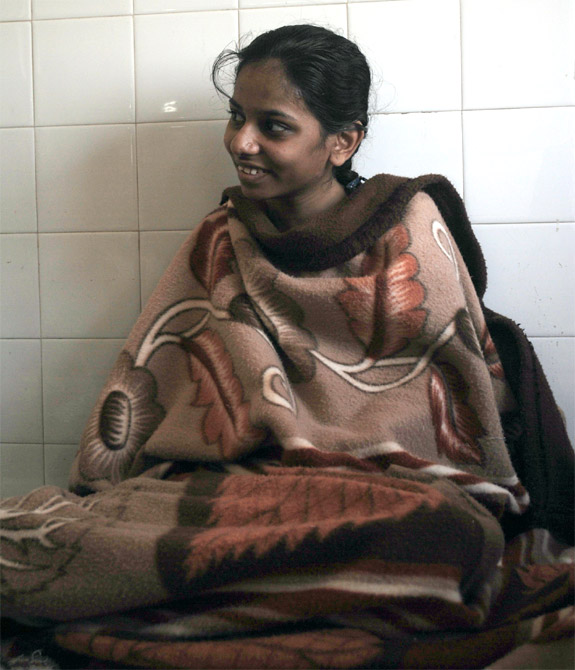 A teenager painstakingly builds a new life after a tragedy that may have befallen any Mumbaikar. Vaihayasi Pande Daniel meets Monica More who has captured Mumbai's hearts with her extraordinary courage. 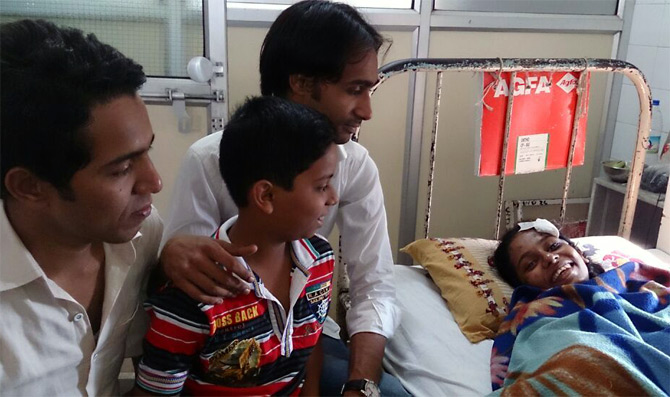 Image: Amjad and Nasim Chaudhary, the heroes who rescued Monica, with her brother between them, visit her at Mumbai's KEM hospital.
Photographs: Reuben NV/Rediff.com 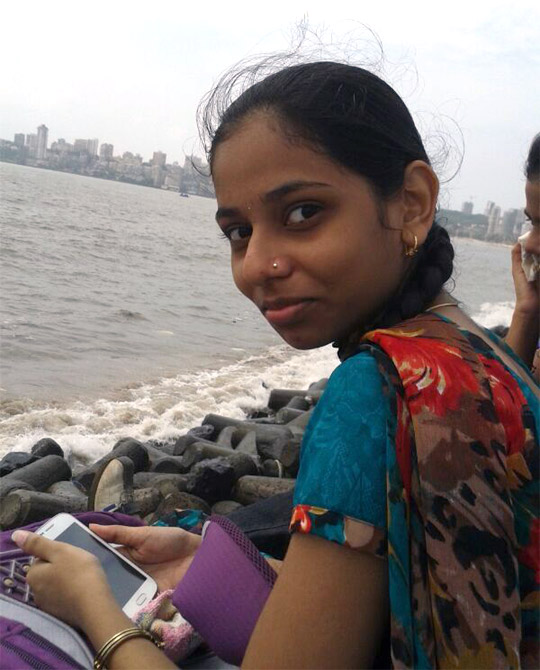