Sign in  |  Create a Rediffmail account
Rediff.com  » News » 7 out of 10 youths in Punjab have drug problem: Rahul 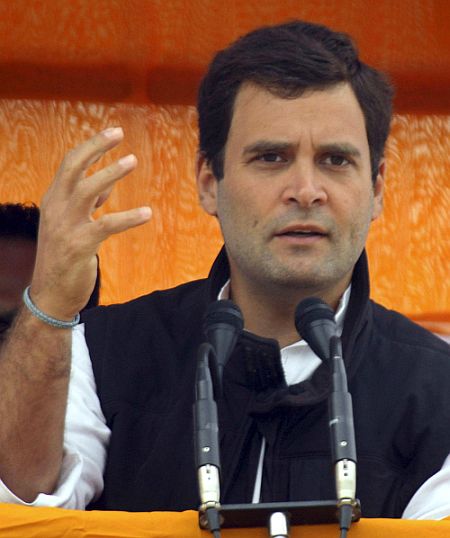 Rahul Gandhi on Thursdat claimed seven out of 10 youths in Punjab have a drug problem, triggering a controversy with ruling the Akali Dal asking how the Congress leader came to this "mathematical conclusion" on drug addiction in the state.

Winding up his two-day visit to Punjab, Rahul also said that youth is the future of this country and urged them to enter politics and bring a change.

The All India Congress Committee general secretary was addressing a rally organised by the National Students Union of India at Punjab University campus in Chandigarh.

Making a mention of Punjab, Rahul said, "What is happening to human resources in Punjab. Seven out of 10 youth have the problem of drugs." 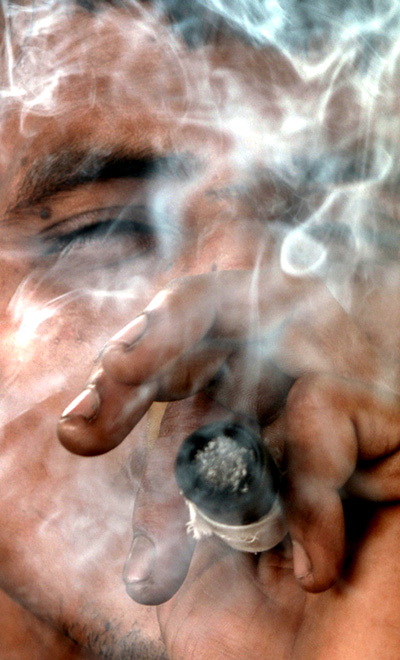 Striking a chord with the youth, he told them "You have to run this country. You have the power and the knowledge to run it. We want you to come to politics, cleanse it and change it."

"I have been in politics for eight years. One thing I see clearly, the level and depth of participation of youth is not there. Whether in jobs, corruption, development, you are the solution and you can bring about a change," said Rahul, wearing a white kurta and blue jeans.

Reacting to Rahul's remarks on the drug problem in the border state, SAD MP Naresh Gujral said, "I am not a mathematician like Mr Rahul Gandhi who after a flying visit to Punjab has discovered that seven out of 10 children in Punjab are addicted to drugs." 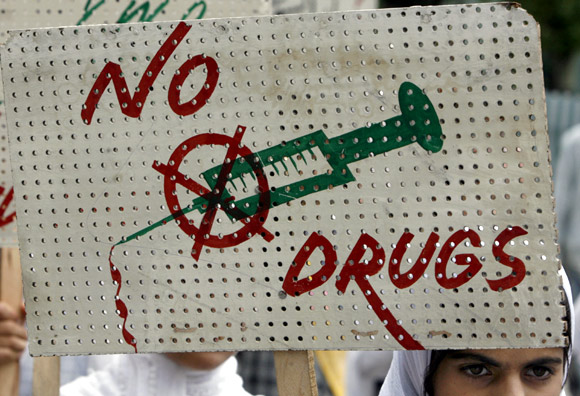 Image: A schoolgirl holds a placard during a protest against the use of drugs
Photographs: Adnan Abidi/Reuters

Gujral, however, agreed that it is a major problem and that the Centre's attention has been drawn to it. He said Pakistan has been pushing drugs into Punjab and it was like a proxy war.

Punjab Deputy Chief Minister Sukhbir Singh Badal said Punjab government has no control over the flow of drugs into the state from Pakistan and that the problem was a national one.

Badal said it was the duty of the Border Security Force which comes under the central government to check the flow of drugs into the state.

Rahul also claimed that the Punjab government was not giving unemployment allowance to youth.

"We (Centre) send scholarship money for SC, ST categories. It is not utilised here (in Punjab) and is sent back" he claimed.