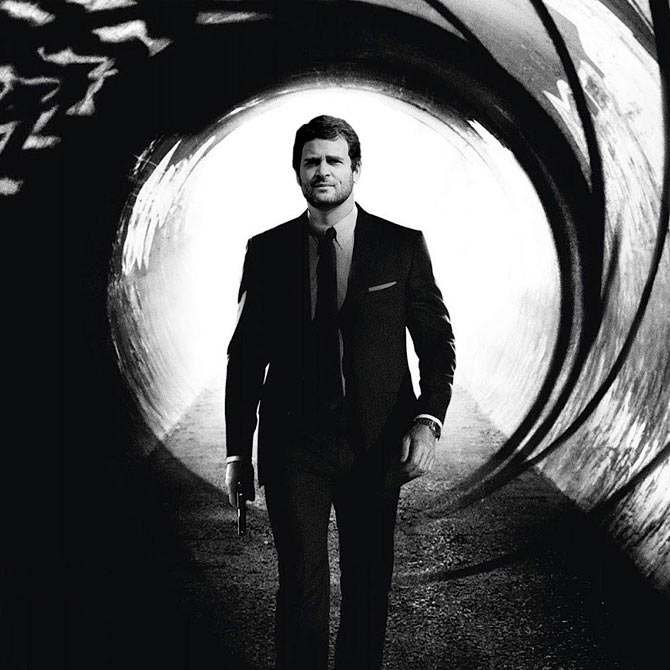 Jokes, parodies, cartoons and even remixes of the Q&A flooded the internet space once it concluded

Probably, #RahulSpeaksToArnab was the longest trending hashtag on Twitter when Congress vice-president Rahul Gandhi was being interviewed by Times Now editor-in-chief Arnab Goswami. Frankly speaking, the RaGa tune was lost in cacophony on the micro-blogging site.

Appearing a bit nervous, the 43-year-old leader ducked many pertinent questions, ranging from his views on Congress’ prime ministerial candidate, the Adarsh scam and corruption within his own party and inflation.

Since Monday night, jokes, parodies, cartoons and even remixes of the interview flooded the internet space.

'A silent PM is better than a dumb one!' 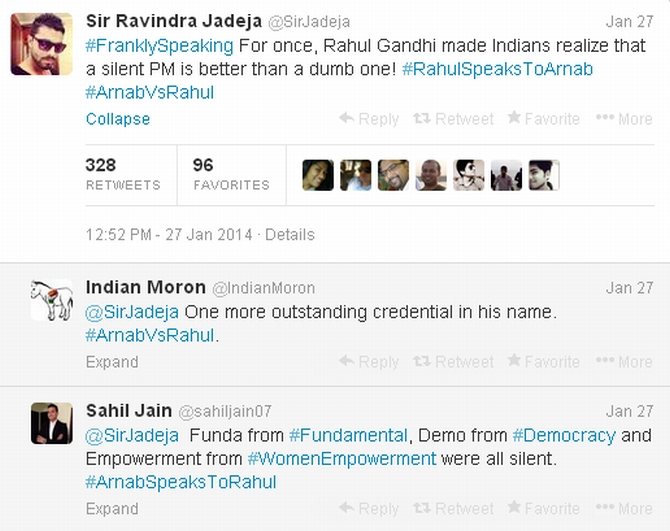 The television channel described the interview that it was the "first ever interview of the Gandhi scion". The first interview was, however, given to the Hindi-language newspaper Dainik Bhaskar, and published on January 14.

Former IBN7 editor and Aam Aadmi Party spokesperson Ashutosh wrote on twitter “Only similarity between RaGa and NaMo is that after hearing them both speak you get inspired to vote for BJP”.

Cricketer Ravindra Jadeja without missing the opportunity commented “For once, Rahul Gandhi made Indians realize that a silent PM is better than a dumb one!”

'Chaiwala is a better speaker' 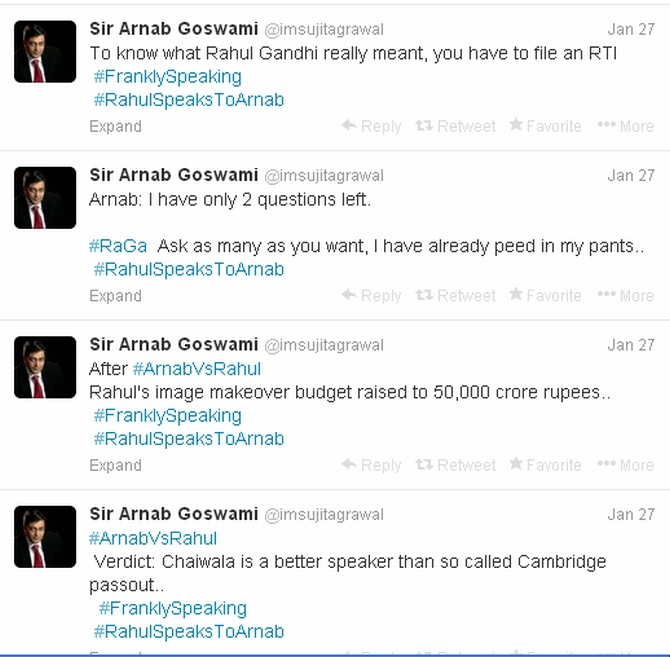 Even the much joked about Sir Alok Nath evoked emotions saying “Chaiwala is a better speaker than so called Cambridge pass out”  and “If BJP wins the upcoming election, Rahul Gandhi will be given equal credit as Narendra Modi”

Business tycoon Viajy Mallya tweeted “I heard this long ago. So true after I watched #ArnabVsRahul.'When life throws u a Rahul, make it a Dravid not a Gandhi."

'Rahul Gandhi had some parroted answers' Cricket expert Harsha Bhogle listed the factor of so-called connection issue tweeting that “there are questions on this Rahul Gandhi interview and there are answers but i am searching for a connection.”

BJP’s young political face Anurag Thakur says, “It's like he came prepared for an exam & the question paper changed at the last minute!"