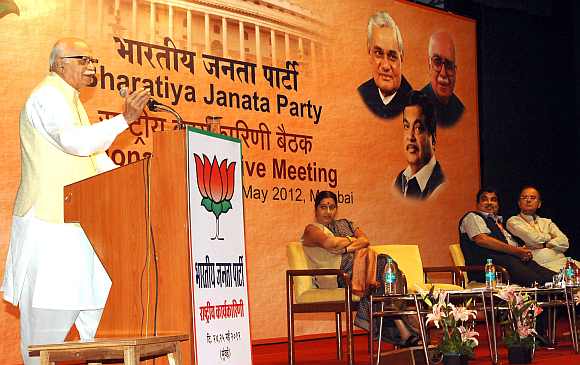 "Among all the prime ministers, even those who had support of just 10 MPs, the post had not been devalued as much as it has been today," BJP spokesperson Ravi Shankar Prasad quoted Advani as saying in his concluding remarks at the party's national executive meeting in Mumbai. 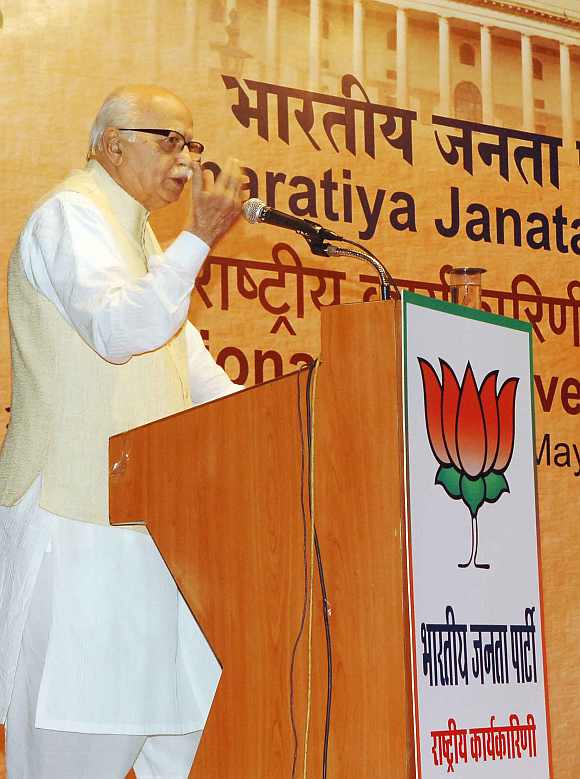 On the issue of black money, Advani described the white paper brought out by the government as 'black paper'. There should have been at least some facts in the paper, he said.

The government has given figures from 2006 to 2010 in the white paper but hasn't mentioned everything, he said.

'Country fed up with UPA regime, looking towards us' 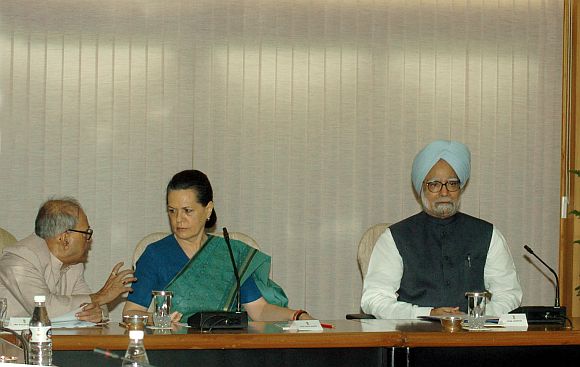 "Today, the country is fed up with the UPA regime and it is looking towards us," Advani claimed.

The BJP leader said that whenever he hears the comments that the aspirations of people are not being fulfilled by the BJP, "it is warning for us".

"When the people are so much in pain and are looking towards us with so much expectations, we should fulfill those expectations," he said.

People are fed up, dissatisfied and almost dejected with the UPA government.

Advani appealed that every BJP worker fulfill people's aspirations, make maximum efforts and go among the people and tell them that the BJP is the answer.