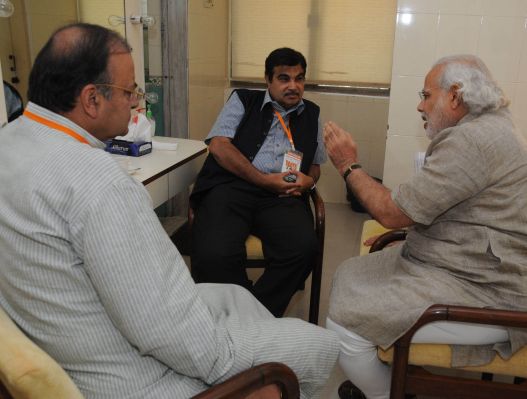 The Bharatiya Janata Party's two-day national executive meet has had its share of twists and turns.

We being you some glimpses of the party meet.

Bharatiya Janata Party leader and Gujarat Chief Narendra Modi, who decided to attend the Mumbai meet only after his bete noire Sanjay Joshi resigned from the national executive, makes a point as he speaks to BJP president Nitin Gadkari and leader of opposition in the Rajya Sabha Arun Jaitley on Friday. 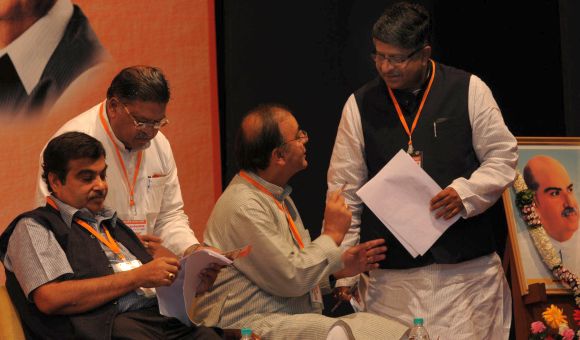 Prasad, who is also the party spokesperson, took great pains at a press conference on Thursday to brush off infighting in the party. 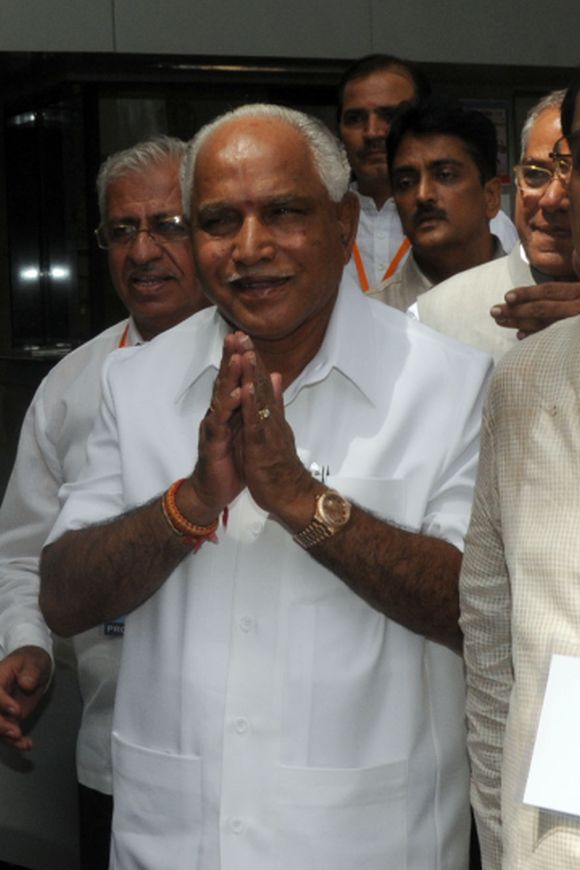 After being persuaded by BJP's top leaders, including president Gadkari and Arun Jaitely, to participate in the executive meeting. Former chief minister of Karnatka  B S Yeddyurappa flew to Mumbai on the concluding session of the national executive meet.

The BJP leader has been at loggerheads with the part high command. On Friday he continued to attack his successor D V Sadananda Gowda, accusing his government of taking a biased approach in filing replies to the Supreme Court appointed Central Empowered Committee on the role of three former chief ministers S M Krishna, N Dharam Singh and H D Kumaraswamy in alleged illegal mining.

Interestingly, both Advani and Swaraj are reportedly among several top BJP leaders who are opposed to a second term to BJP president Nitin Gadkari. Also, Advani and Swaraj have decided to skip the party's rally in Mumbai citing prior commitments.

Explaining her absence, Swaraj tweeted, "I must reach Delhi tonight because I have to leave early morning for an important party function in UP tomorrow. I respect and honour all decisions of the Party. Please do not draw any other conclusions."

"Advani's schedule was fixed earlier so he won't be there and Swaraj has to attend a programme in Ghaziabad on Saturday morning," party spokesperson Nirmala Sitharaman said downplaying their absence at the rally which has been organised to project BJP as a vibrant party leading the National Democratic Alliance, which is ready to take on the United Progressive Alliance. 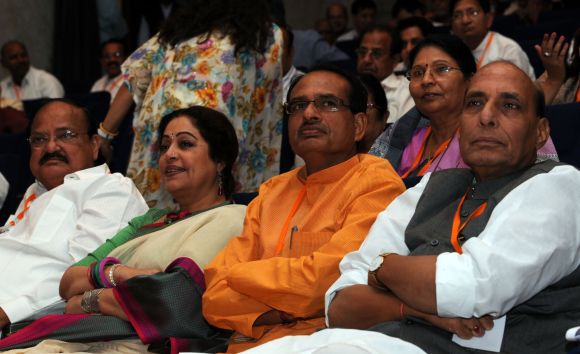 The BJP national executive meet on Thursday unanimously enabled the provision in article 21 of the party constitution to be amended to extend the tenure of the incumbent president for a second term.

The amendment was proposed by former national BJP president Rajnath Singh and was seconded by another former president Venkaiah Naidu. The resolution was unanimously passed by members of the national executive.